A bit of a recap first as I have just found some photographs on the other camera! This first photo was taken last Saturday as we were basking in sunshine, 16C, and a shower passed through down the loch. We drove down that way later on and found out the shower had been quite spectacular with most of it hailstones and the temperature was down to 9C - brrrrrrrr. 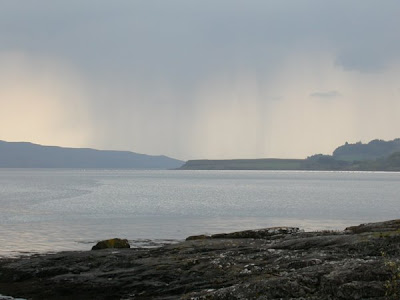 This next shot was taken on Wednesday in fairly dull condition but it came out well. You can't beat a Golden Plover in summer plumage. 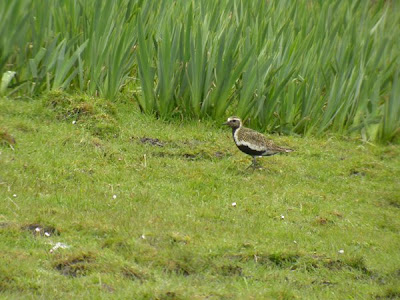 Yesterday's poor weather cleared up by mid afternoon and the sun came out. I had a delivery to make so I took the time to have a look around and try out the camera again. This is, as you can clearly see ha ha, a Golden Eagle sitting on top of a ridge at about 3/4 of a mile away. Obviously it would have been a lot better digiscoped but it gives an idea of the limitations of the camera but I'll have to see how I cope with the close flyby scenario. 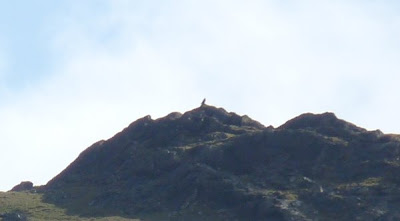 A nice scenic shot of the water cascading down the hill. It doesn't take too long to for this water to run off so I might get another shot if we get a dry day (it's raining again this morning). 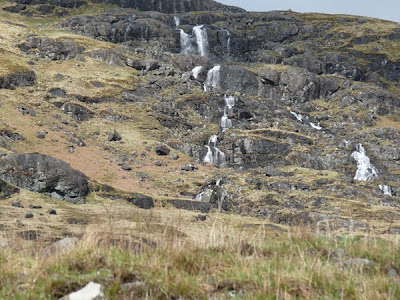 As I was heading off to make the delivery there were two Common Gulls posing on the fence posts but I was a bit late in picking them up. On the way back there was still one bird perched up and here it is. Lovely bird in summer plumage. I should have cropped the photo but it'll do. 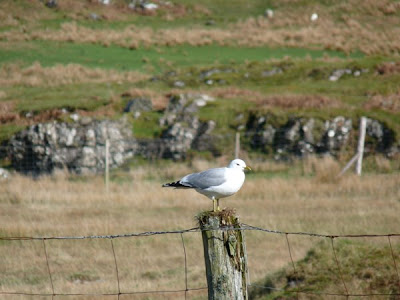 Now for the pesky Herons. Always nice to see and the closer you get the better they are. They come asking for food morning, noon and night and if you don't do as they ask they start getting cheeky. Stomping on the caravan roof to get you out of bed, invading the caravan if you leave the door open and even wandering into the shop......here is one of the birds in full hunting mode. 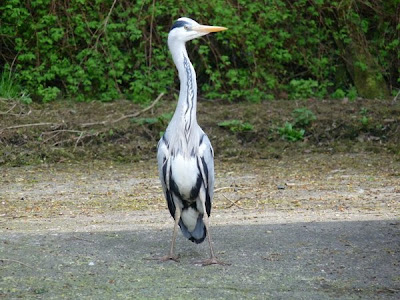 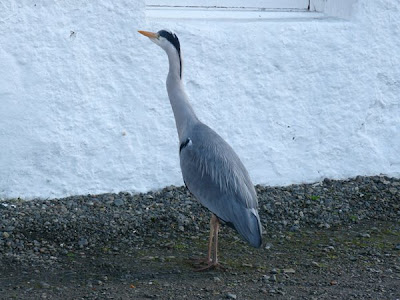 I'm looking forward to seeing some nice eagle flight shots from the new camera, I'm sure the opportunity will arise soon enough!

Stunning Puffin shots by the way. :-)