The title says it all - you won't get much typing out of me tonight as I'm currently being eaten alive. The little blighters wait outside the door and every time it opens in they come. Wipe, scratch, curse - it's just lovely!
Saturday was a dreadful day but very productive - it rained continuously until about the last hour. We picked up a lot of birds through the day and tried to stay dry. This Turnstone was doing a great job of being invisible on the seaweed but it lost it's nerve as we got within 5 yards. It was only when it walked off we noticed there were two. 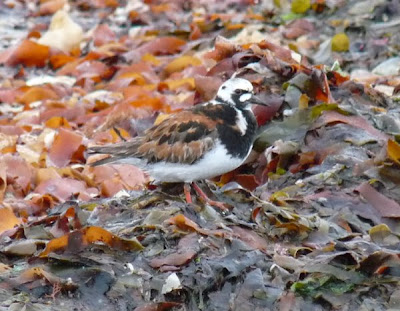 The tour was a birthday treat for one of the guests whose main aim was to see an Otter. It was a very obliging fellow that decided to be the birthday treat... 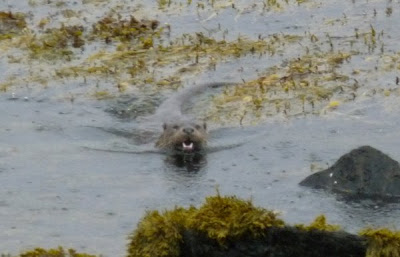 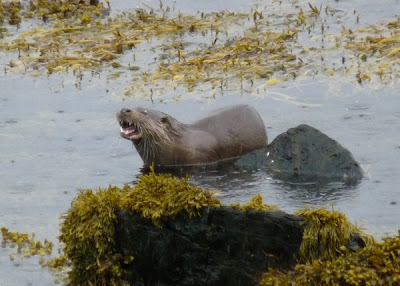 Sunday was another day of rain but it did clear a little earlier. It's always surprising how much you see on these rainy days. We had some cracking birds through the day. 2 Great Northern Divers, one in summer plumage and one in winter plumage, side by side. Two Red-throated Diver in sumplum at close quarters but it was a bit dull for photos. A WT Eagle patrolling a ridge which put up 2 Golden Eagle but while we were watching this a Hen Harrier tried and failed to sneak behind us! We actually got some sunshine at the end of the day which is when I captured this Linnet having a bath - stunning. 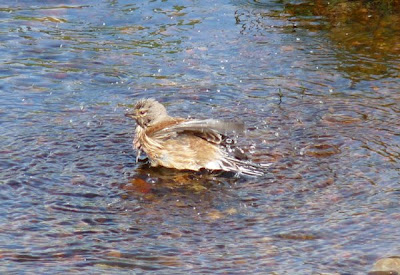 Today came as no surprise in it's watery guise but it was flat calm - midge heaven!! I was dreading the blood sucking creatures attacks through the day so we tried to keep on the move. We were off to a flying start with 2 GN Divers, 3 RT Divers, 2 Common Terns, Common Seal and plenty of Eider. The WT Eagle was almost obscured in the mist shrouded forestry but we got an amazing clear spell for about 5 minutes. We plugged away at things through the day and had a nice close encounter with some Dunlin - look at the length of bill on this one, Pinocchio!! 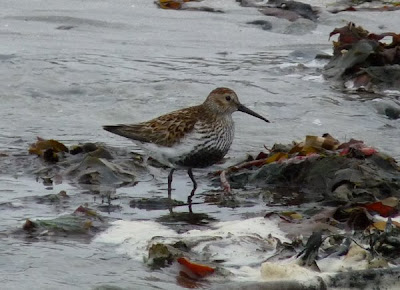 We managed to scrape in 2 Golden Eagles at the end of the day as the weather appeared to be breaking up. We had good views of Mountain Hares, Redshank, Lapwing etc but sighting of the day for me was the three young Redshank being defended by the adult birds earlier in the day. The chick photos didn't turn out too good as I was on the wrong side for viewing and had to take the photos in Braille! Check out the rain though - yuck! 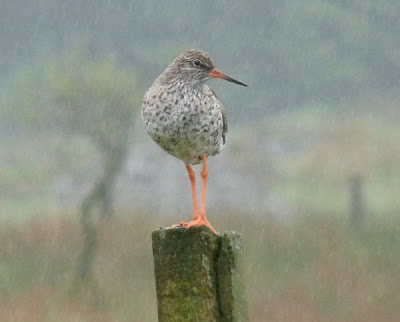 I love the scenery, the birds and the other wildlife that abounds in your part of the world, but this post reminds me of the price you pay for that - the dreaded MIDGE!! Unbelievable creatures!! Great post :o)