Where are my birds?

Wednesday was another really wet day - dismal to say the least but the birds and beasties just get on with it. This Wheatear has been lingering outside the shop for the last week but I've only just caught up with it. 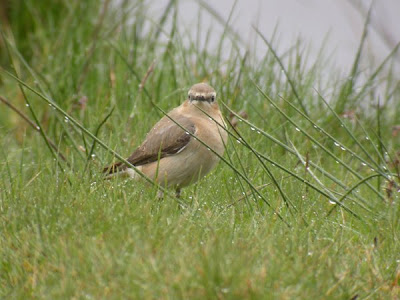 We had very good views of the WT Eagle feeding the chick. It's amazing to see these huge birds turning into gentle giants, pulling tasty morsels off a carcass and feeding them to the youngster. We were lucky with this Otter, we were flagged down, as it wasn't visible from the road. It was happily munching away on a fish for a while before heading off along the shore. 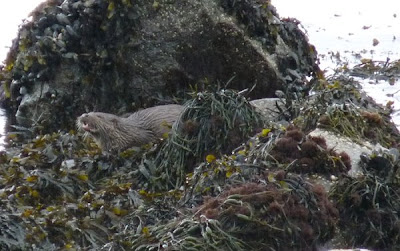 I was checking through my diaries from the past couple of years to see what the arrival dates were for a few of the birds I'm missing, Common Whitethroat, Tree Pipit, Manx Shearwater etc and they are all late this year. Where are they? They seem to be in good numbers further South but only single sightings so far on the Island. I guess they'll all appear in a rush in the next couple of weeks. I did check on my Mull list as a few people have asked so it stands at 155 species at the moment.
I've been holding back on this entry as I've been trying to get some flight shots. The bad weather has prevented any decent results as yet but it's looking good for the next few days. I did have a run out this morning to the garage for fuel and tried my luck on the way home. A group of Hoodies were loafing about amongst the sheep and this gave me the opportunity to nab the following shot - not a bad effort. 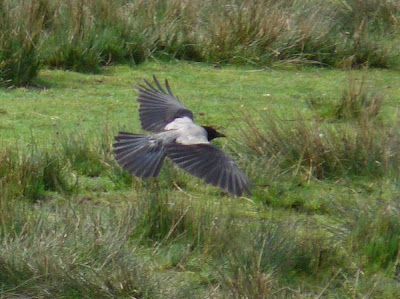 This Cuckoo was perched up on the wires so I was firing off a few shots waiting for it to fly. I had to move on for traffic and as soon as the camera was off it was in flight! Still a nice couple of shots though. 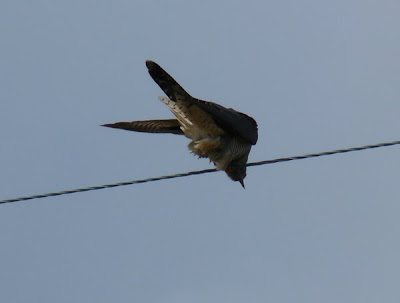 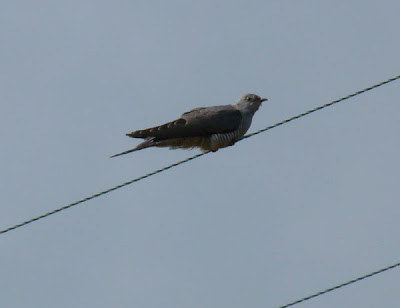 This last shot of a Highland Cow is just to prove that they do have eyes or at least one that I can confirm! 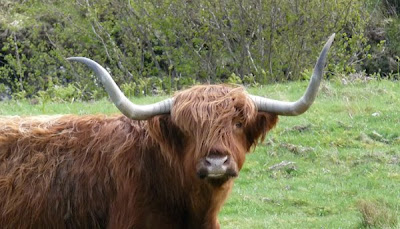