Well, I guess I've been neglecting this recently but there hasn't been a great deal happening due to family commitments. Friday was spent doing the spring cleaning (hooray - but where's me books?) in preparation for the family - we'd never do it so it's a good job they come really!
Saturday was a bit of a slack as we were entertaining the family so a quick trip round the loch for the alleged non-existent Otters - we saw three so that put paid to that theory! The best news of the weekend was the hatching of the local WT Eagle - just have to wait for the little fluff ball to grow into a magnificent beast and hopefully fledge this year too. Saturday night we had a typically British BBQ in the rain, had a couple of drinks and tracked the Pipistrelle Bats around the trees.
Sunday was a pleasant day weatherwise and the birding was superb. Lots of Willow Warblers around but they can be tricky to see at times. It's usually a bird that is just passing by that will pose on a branch that you get to see rather than the singing birds. 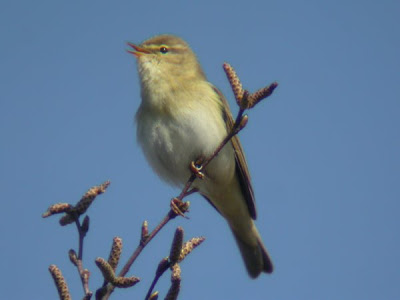 I managed to winkle out a Sedge Warbler and not get anyone killed as we stood in the middle of a road to watch it. It was worth the wait though as the bird came to the front a gave us blast of staccato song. 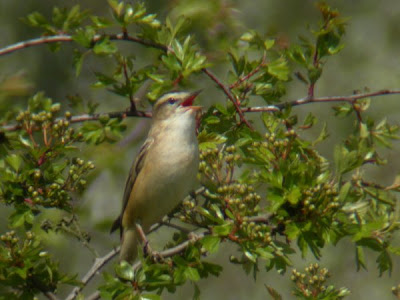 I did manage to give the camera an outing down at Uisken as a Rock Pipit gave me opportunity to discuss it's finer points and point the camera before it left. 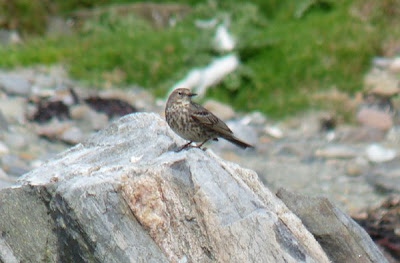 We got our second Whinchat of the day along the fenceline but none of these birds were close enough for the camera - soon maybe!
Yesterday and today have both been wet days but it brings out the best in some of the birds - you always see more Snipe on a wet day, the Warblers seem to sing louder and all the small birds are dashing about feeding. The Whimbrel are still present down at Fidden with 10 yesterday and 16 today, the Lapwing still hasn't hatched those eggs. 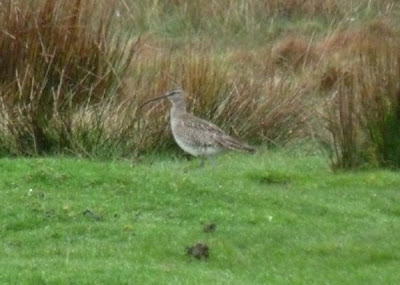 Another year tick today at Uisken with 3 Common Tern in the bay along with the sumplum GN Diver and good numbers of Gannet offshore. An Otter just after lunch today kept the spirits up as the rain started falling harder but the loch was flat calm. This really was the calm before the storm. We travelled along a couple of miles and located 2 WT Eagle sitting side by side - an adult and a Skye bird from 2006 Yellow X. Not half an hour later the wind was blowing hard and the sea was sporting white horses! An early finish was required by the guests and it was probably for the best.
Posted by Bryan Rains at 16:42