Monday was a superb day out despite the fact it was raining steadily in the morning. We started off with displaying Snipe, Redshank at close quarters and then a flyby female Hen Harrier. This was closely followed by a male Hen Harrier, Merlin and Swift as we stopped to look at a Mute Swan and LBB Gull. The day just got better and better with the weather improving the birds started popping up all over - Sedge Warbler, Whinchat, Lesser Redpoll, Common Whitethroat, Ringed Plover. At lunch we managed to locate an Adder and a Dipper feeding a youngster with a nice male Grey Wagtail as well. The WT Eagle youngster is growing up fast, the Otters performed well and we got a last gasp Golden Eagle.
Yesterday was a sunny day that didn't produce as much but some great sightings all the same. We started with some spectacular Eagle sightings. An adult WT Eagle cleared the ridge closely followed by a young bird. They both headed towards the clouds and promptly disappeared and no sooner had this happened and a Golden Eagle appeared out of the cloud. We eventually had all three flying around together - superb. We picked away at the bird list through the day and eventually turned up a male Hen Harrier that rapidly disappeared but we relocated it and we were rewarded with better views. Not five minutes later we had another male HH at close quarters. 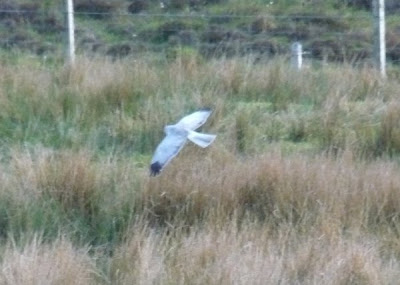 Sanderling and Dunlin were seen at close quarters and the camera was in the vehicle - I hope they are there today! We finished the day off with an Otter doing what we wanted to do - giving it zed's in style!! 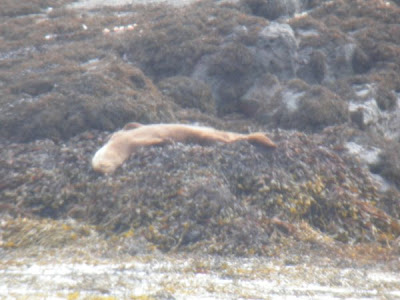