It was another blistering day but the guests just wanted to get 'otter - see what I did there?! We started the day looking for the Adder but it wasn't playing - Common Crossbill was a decent replacement though. 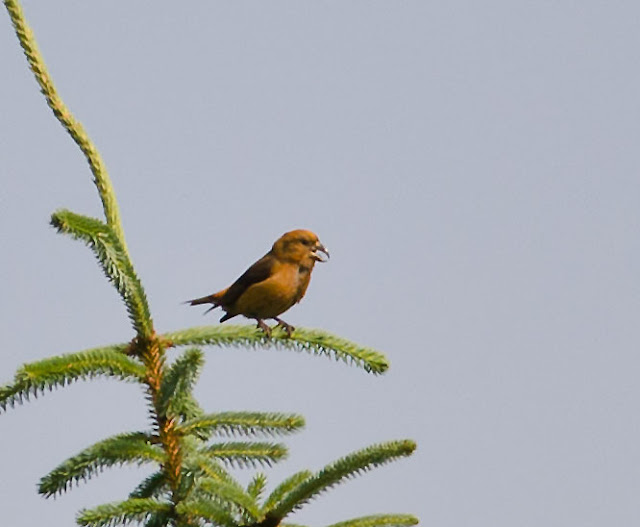 The bad jokes continued through the day but it filled the time in while we waited for stuff to happen. The posing Common Buzzard was back on his favourite pole... 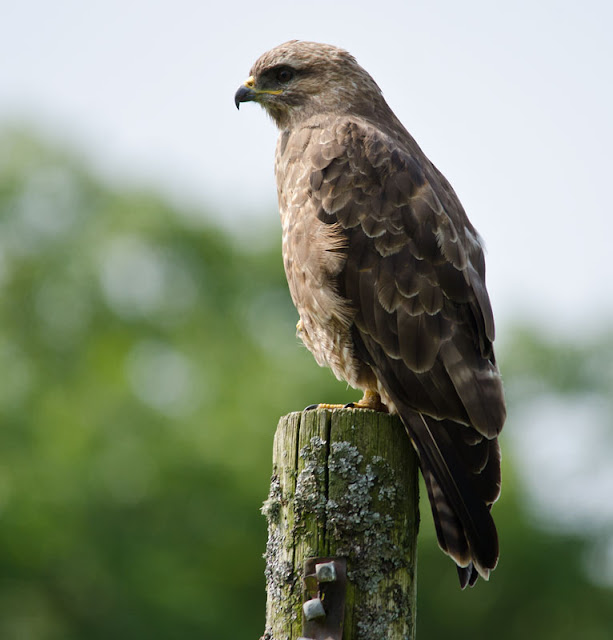 ...and our reward for the wait for WT Eagle was the female bird flying directly overhead! 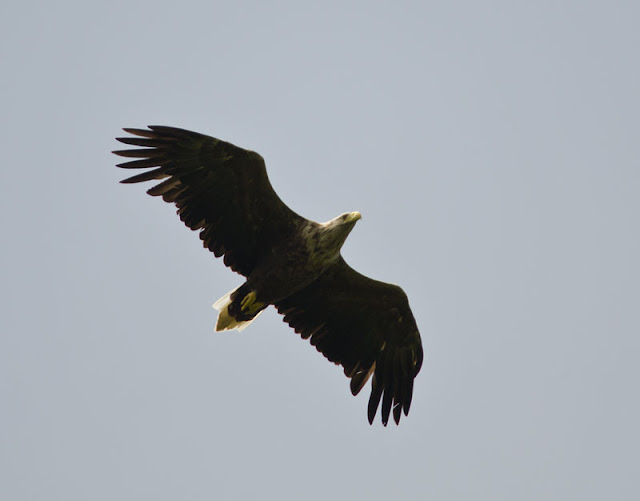 In the afternoon we were in the middle of a group photo when a Golden Eagle put in an appearance - you couldn't make it up! A couple of WT Eagle put in an appearance while a couple of Raven circled above. We finally came across two Otter in the afternoon while looking at the Common Seals. An Adder performed very well and everyone but me got photographs. The last stop of the day was to get Mountain Hare which I duly found but it was just a pair of ears sticking up from behind a rock - was it going to be a bad hare day? The Mountain Hare eventually came out into the open but it was soon forgotten when a Mink appeared. We watched the Mink swim across the bay before it hauled out and shook itself dry. 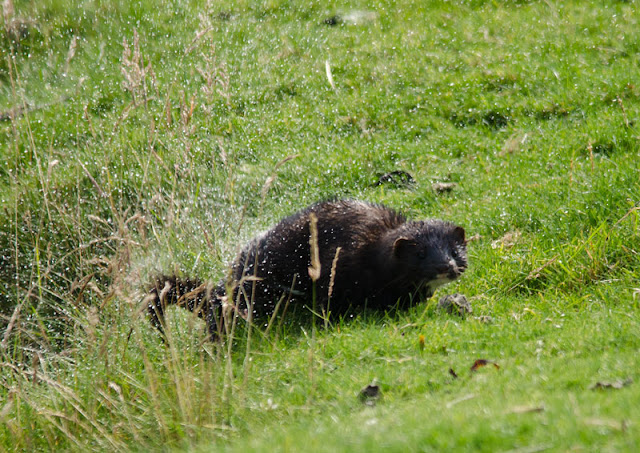 We got into a better position and the brazen beast came right up to us - nice to see but it shouldn't be here. 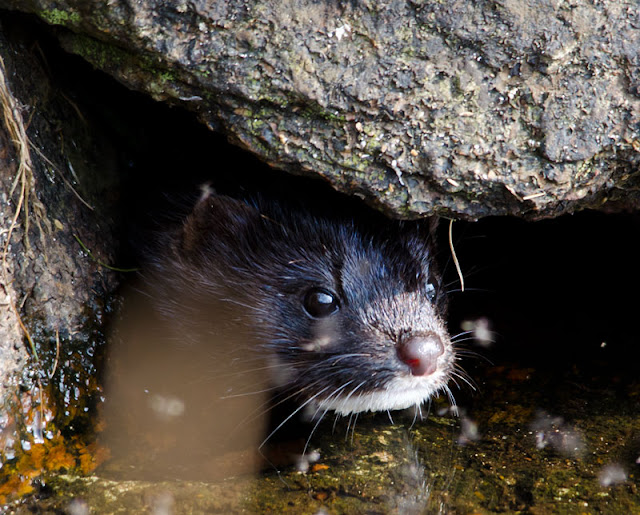 Hi Brian,
Some nice photos, I especially like the Eagle. I am heading up to Mull for a week on Saturday and it would be very helpful if you could reccomend a good place to see Golden Eagles and a good place to find Mountain Hares.
Thanks a lot.
Jonathan F