It wouldn't be the same without a Warthog - not ugly, just different. 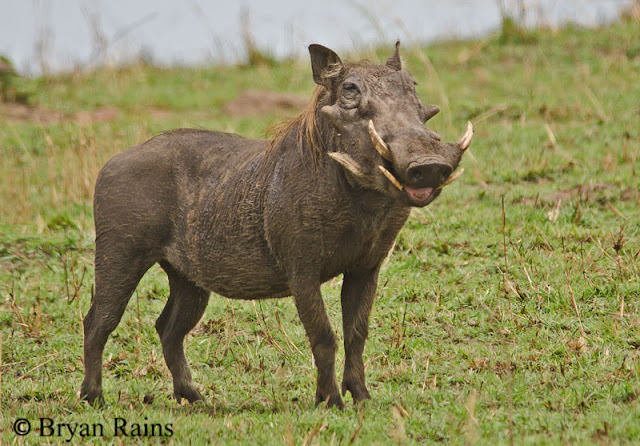 Every Ostrich was photographed but it was a couple of days before we got a close one. 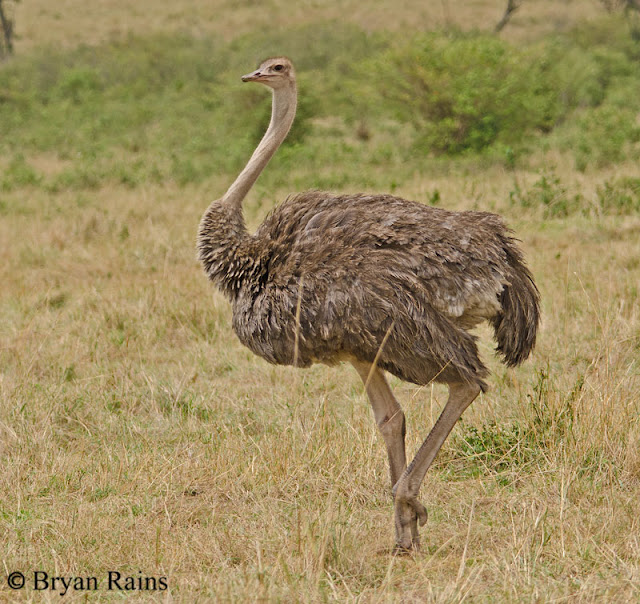 A trip to the Mara River gave us the chance to see more Hippos, quite a few wading birds and Crocodiles.

Little Bee-eaters were hawking insects along the river. 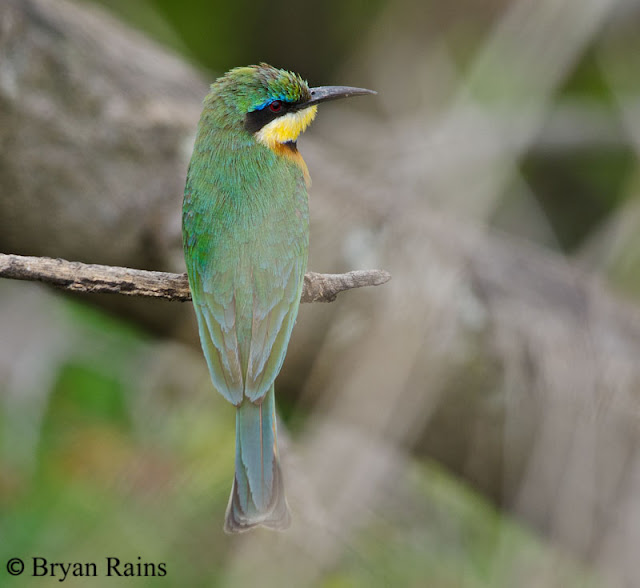 A Lioness was having a kip about half a kilometre from where someone was having lunch! At least we had lunch out in the open so you could see if anything was coming. Another close encounter with a male Lion was also a chance to count the flies! 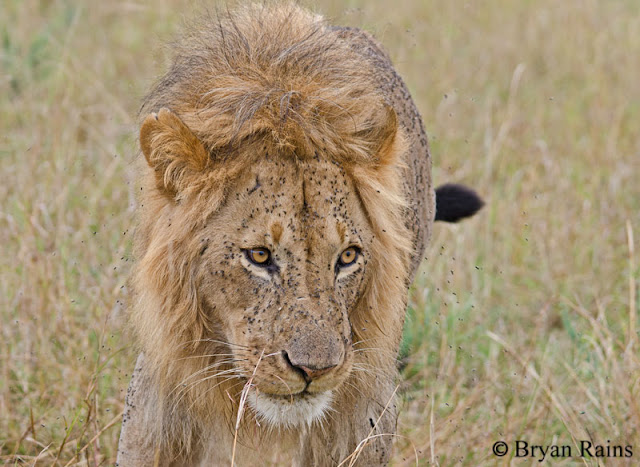 We saw quite a few troops of Banded Mongoose but it was a challenge to get one doing the lookout as they were too busy foraging for food. 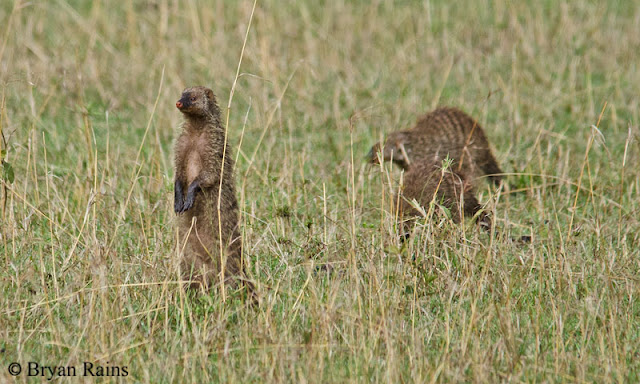 It was nice to see plenty of young Elephants in the bigger groups. 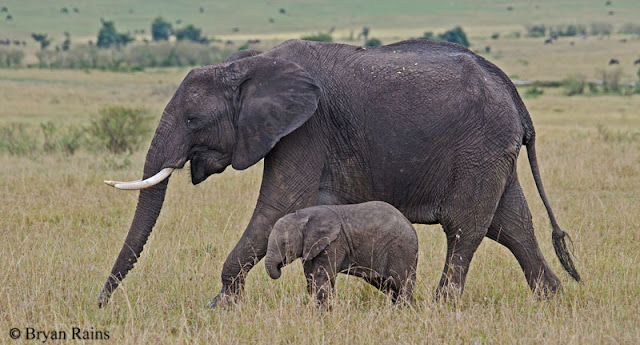 Three male Lions, brothers, would be a force to be reckoned with. 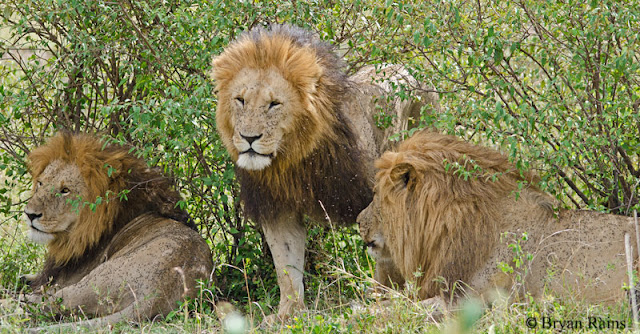 There were plenty of old carcasses around but it was nice to see the cleaners at work. 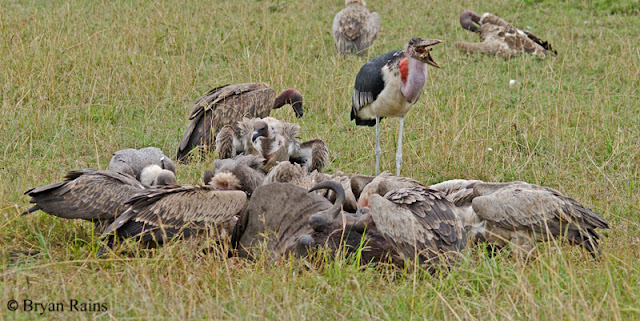 A Pygmy Kingfisher was a regular around the camp. 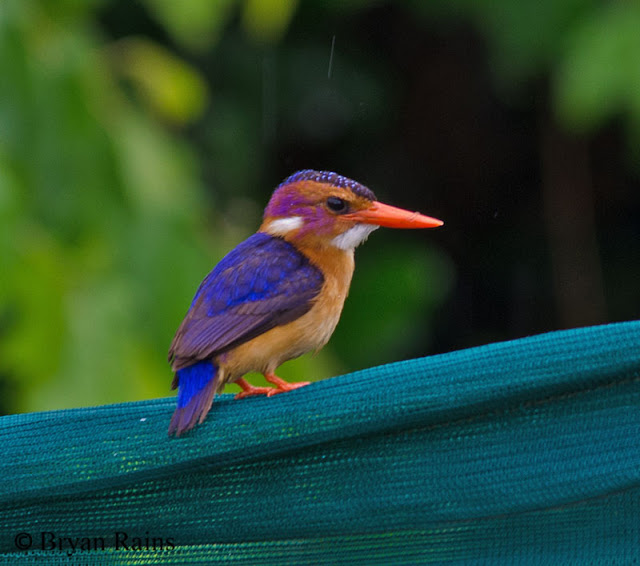 Our last day in the Mara and there were two things we hadn't seen. Leopards are not that common and none had been seen in the time we were there. When word got around that Leopard had been found we had an exhilarating drive to see if we could connect with the elusive beast. Not the clearest of views but you can't have them all posing! 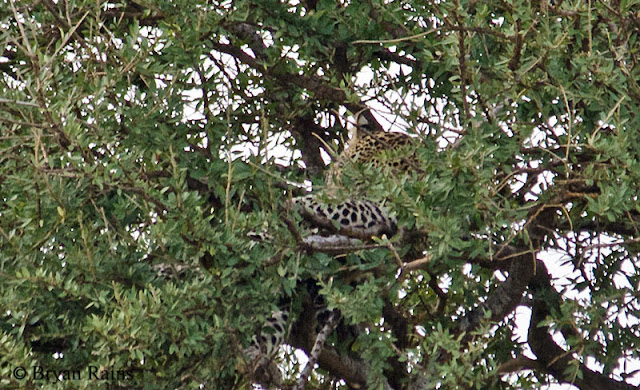 A Rhino was found not too far away and that completed the list of target species for some people, 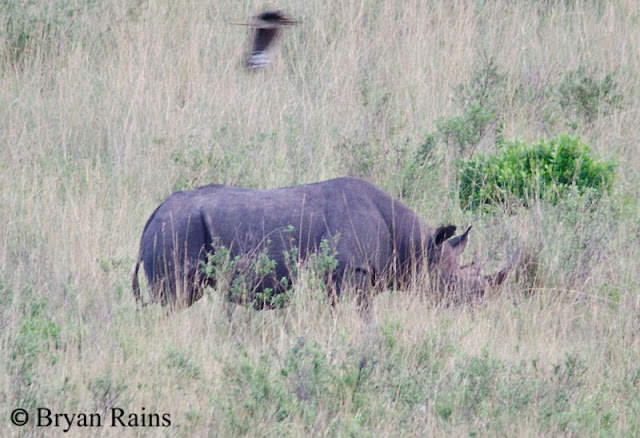 The trip back to Nairobi was full of sightings - too many to mention. A lunch stop had quite a few Pied Crow hanging around... 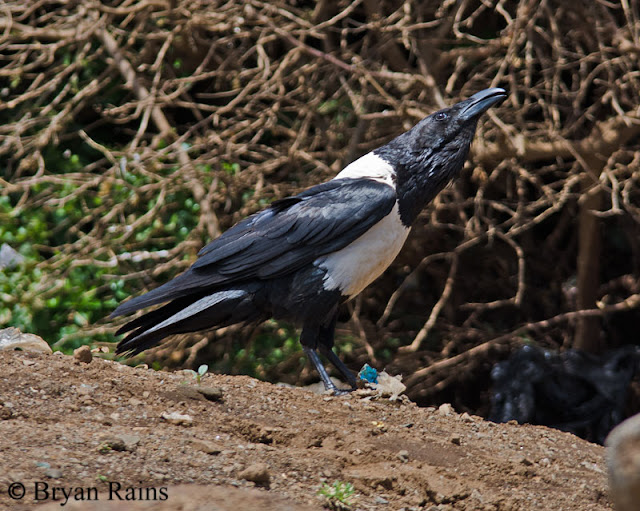 ...a Lanner Falcon, Grey Kestrel and a few Black Kite. 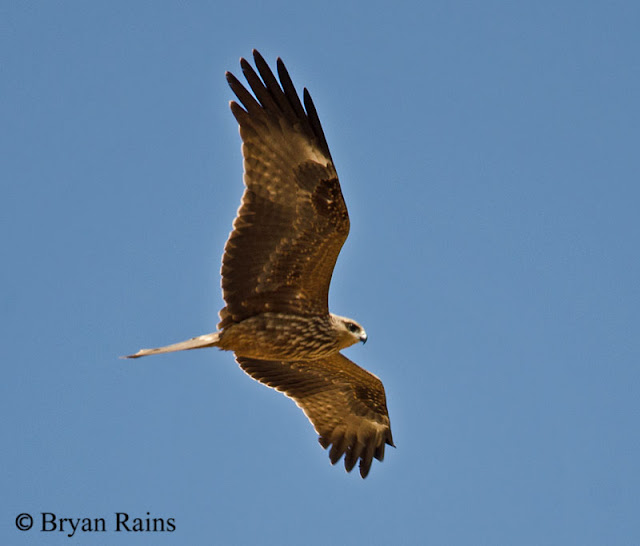 Out last stop before the airport gave us a couple of new things with a Tree Hyrax seen and a couple of Cinnamon-breasted Bee-eater. 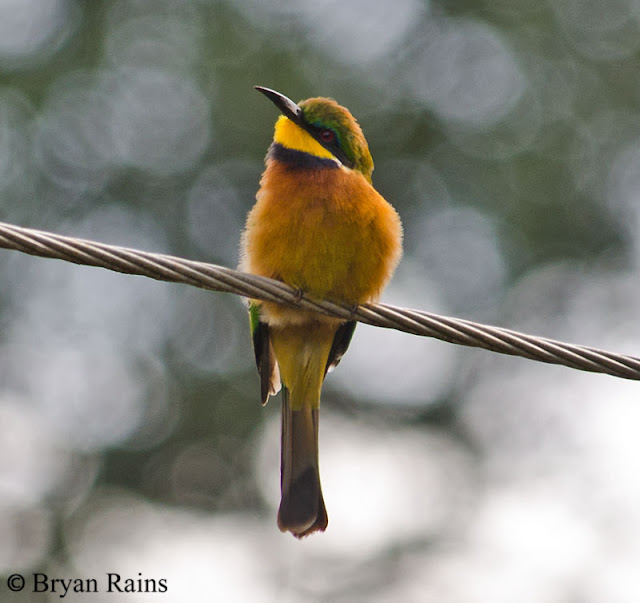 what a fabulous experience that must have been. I hope you will be posting even more photos from the safari.