Three quick trips out to try and avoid the weather were as good as could be expected. The first trip out started in good weather but soon deteriorated as a hail shower passed through and the light never improved. A Kestrel posed quite nicely... 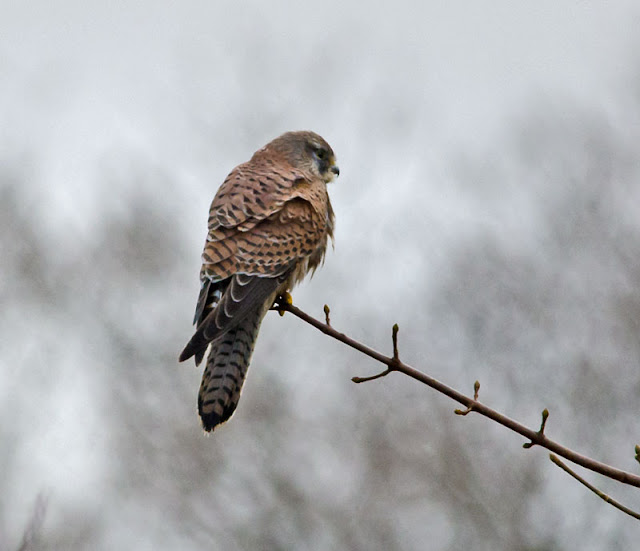 ...but a flock of 30 Fieldfare were not as obliging. A couple of Dunnock were flicking about on the Bracken but the light wasn't good enough for a photo. A change of location to see if the weather was going to improve didn't lift the spirits but a Golden Eagle put in a brief appearance. I was just about to head for home when six birds flew in and landed in a tree a couple of hundred yards up the road - WAXWINGS! The birds may have been obliging but the light was terrible. 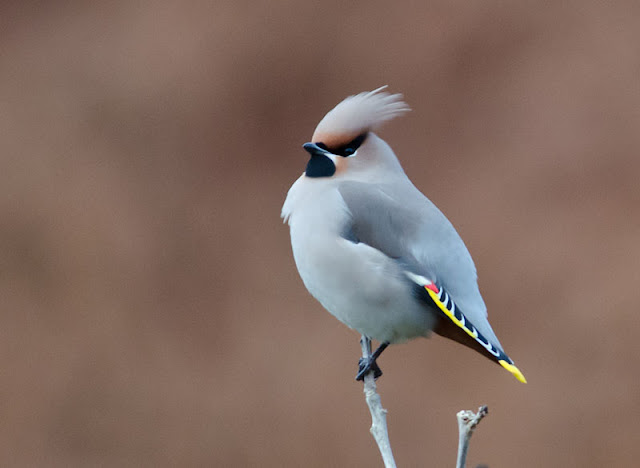 I thought it was nice to see these six birds together (the other two are just out of shot)... 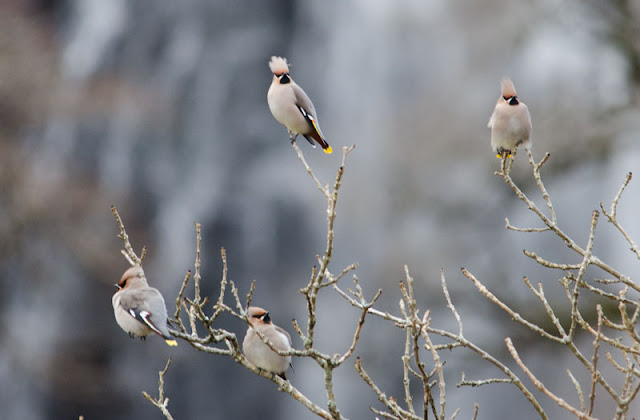 ...when another 50+ birds did a fly past before disappearing!
No sign of the Waxers the following day but five WT Eagles made up for that. The first WT Eagle was fairly close and looks like a 2010 bird coming into it's third year. The bill is almost full yellow and the tail is wedge shaped. 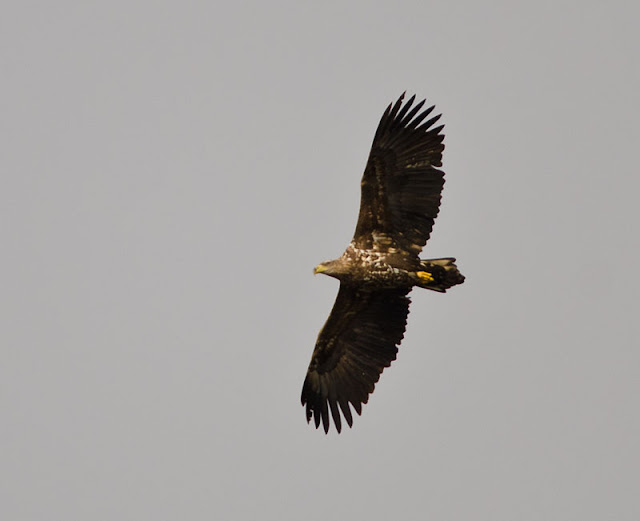 Another of the five was the same age, sporting yellow wing tags, and is from the East Coast project. 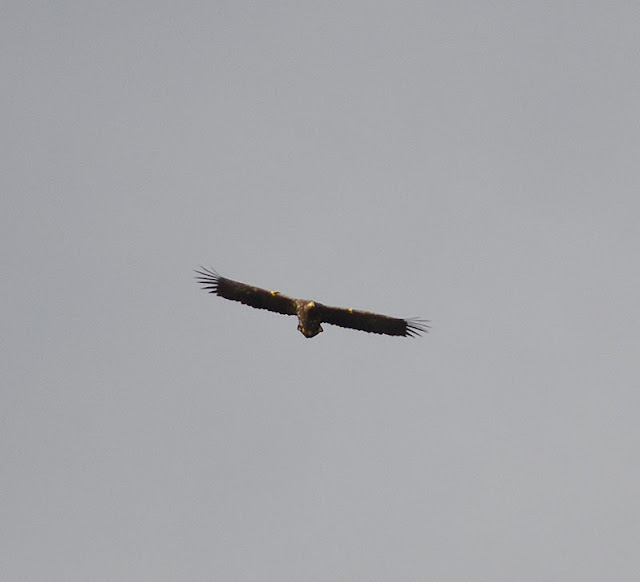 A single Golden Eagle was trying to see the bigger birds off but it kept it's distance. 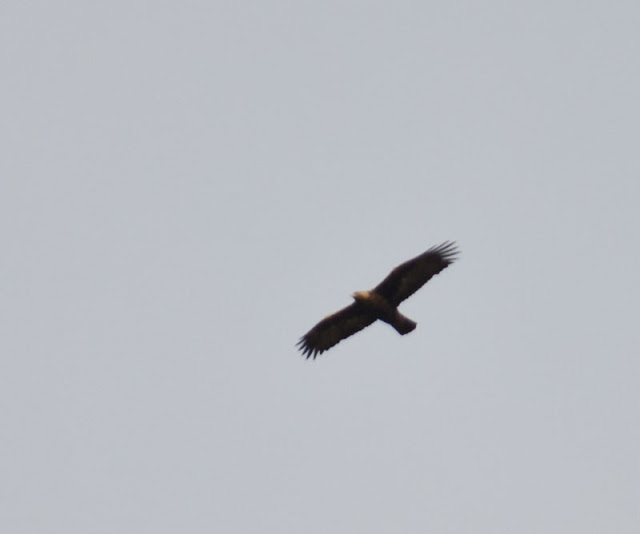 An Otter was difficult to keep track of in choppy water. The Common Seals were as curious as ever - who's watching who? 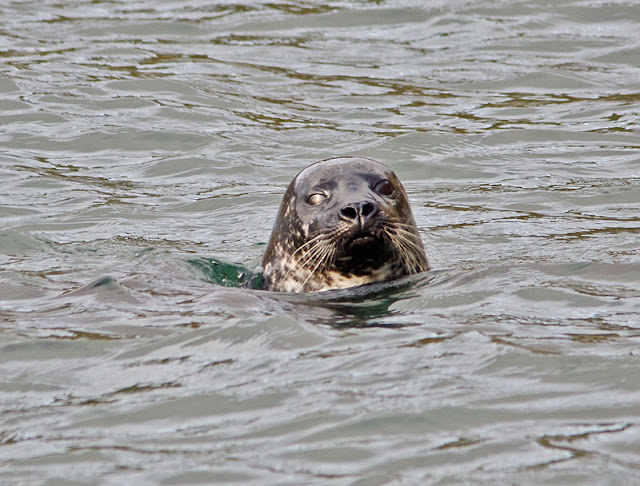 Not much left to look at but the birds on the feeders - there are more Coal Tits than anything else. 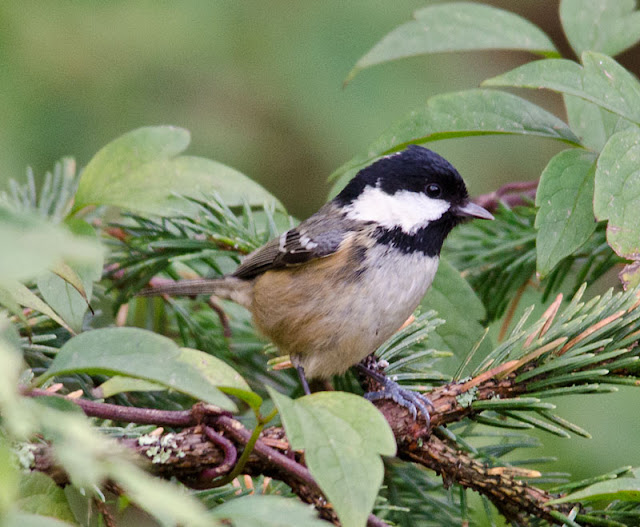 Still no change in the light conditions apart from the odd bright spell when you aren't looking. Finally managed to get a photo of a juvenile Great Northern Diver - notice the scaly back and could that be a small bump on the forehead?! 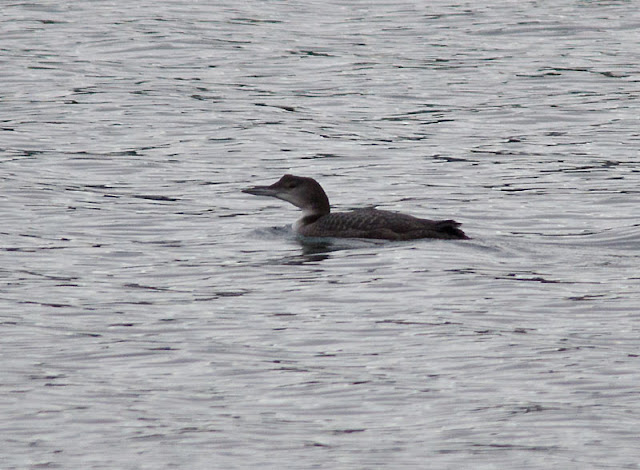 Nice views of a Cormorant as the diver moved offshore. 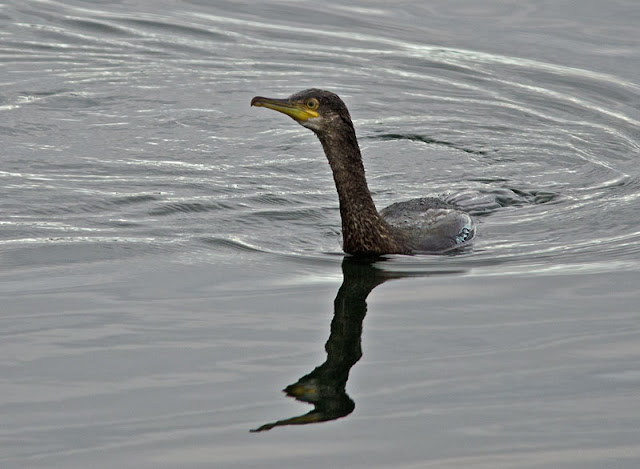 Three different Otters seen on the way back home but I just grabbed a few snaps.

A bit chilly in places so it's no surprise to see snow on the Ben when the cloud clears off the tops. 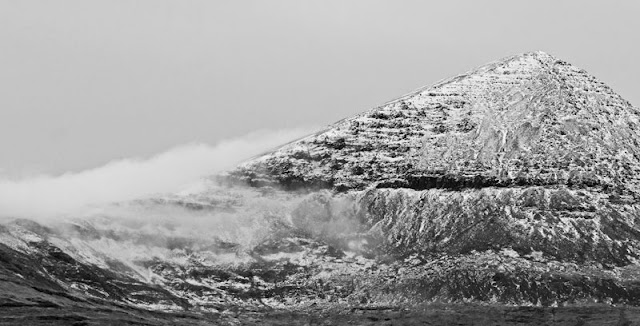 Cracking shots of the 'waxies' Bryan. Do you think that they'll still be there in <>3 weeks time?

Waxies are still hanging in!