A similar tour to the last one with most things easy to find. The numbers of GN Diver are starting to diminish now but there are still enough to get good views. A pair of WT Eagle were good to see as were a couple of Otters curled up on the rocks. A single Golden Plover was seen but there were a few more in the area staying hidden - I have seen 5 birds. There are plenty of Oystercatchers on the nest and they are easy to see but a bit more difficult is trying to see a sitting Ringed Plover. I have found a few nesting birds but they are either too easily disturbed or too far away so one bird that is easy to see and will sit tight is a bonus. I was surprised to find the bird off the nest but there are only three eggs, so there is still one more egg to be laid. 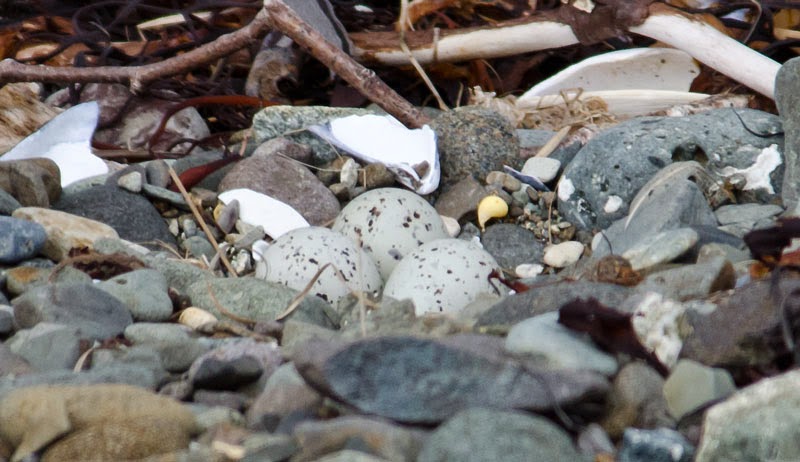 We managed to get a Golden Eagle flying around before we came across this Common Snipe sitting on an electricity pole. 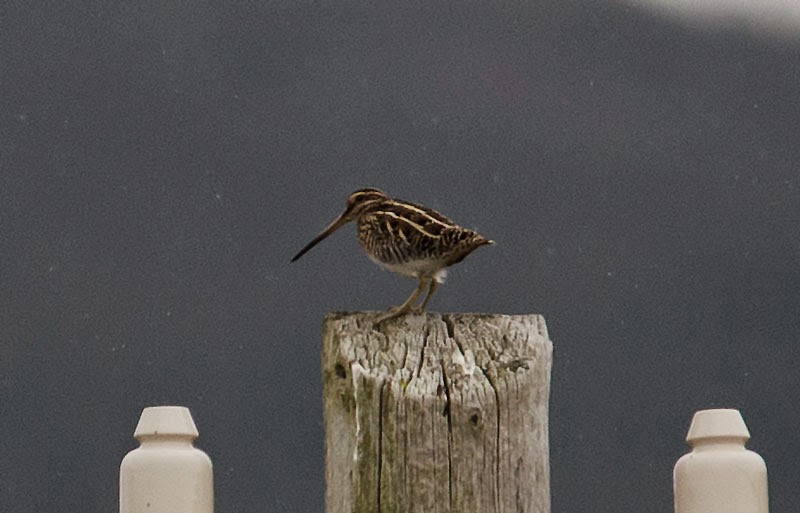 Cuckoo, Dipper, Whinchat plenty of Rock Pipit and a few Northern Wheatear were seen in the afternoon. 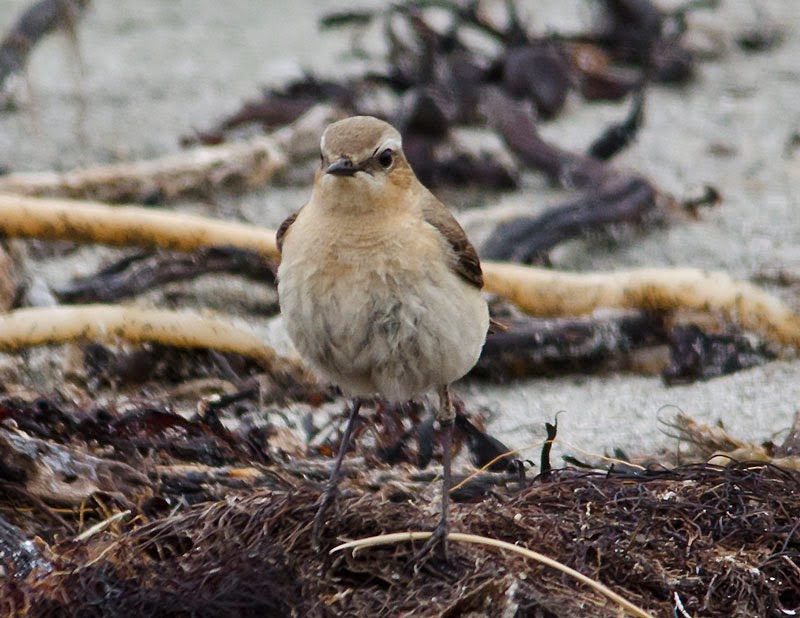 A couple more Ringed Plover that haven't started nesting yet were loafing on the rocks. 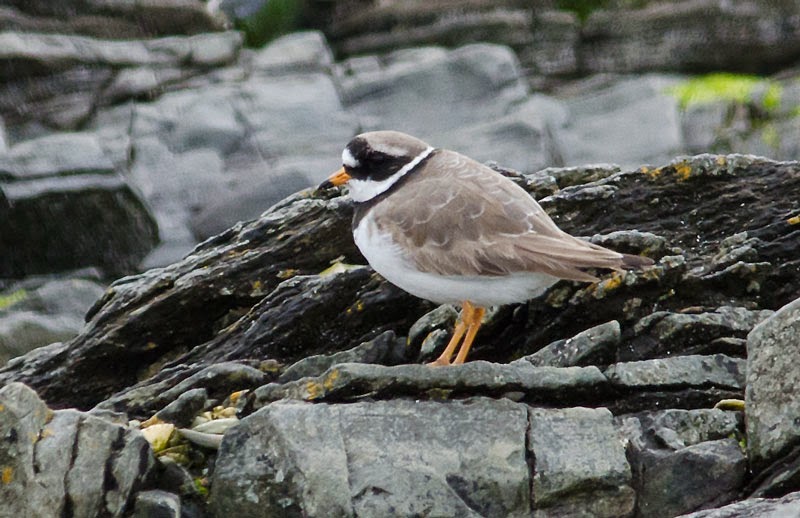 We managed to get fairly decent views of 15 Whimbrel, 3 Mountain Hare and a male Hen Harrier at our last stop. 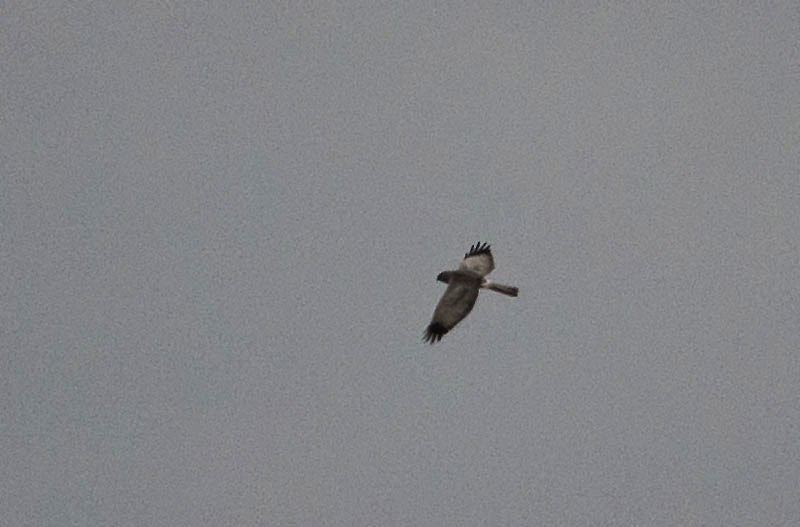