Stuck in the mud.

Wednesday started off with plenty of rain but it soon broke up into occasional showers. I stood and watched this Raven for a good half an hour as it paraded around the tree displaying and calling. 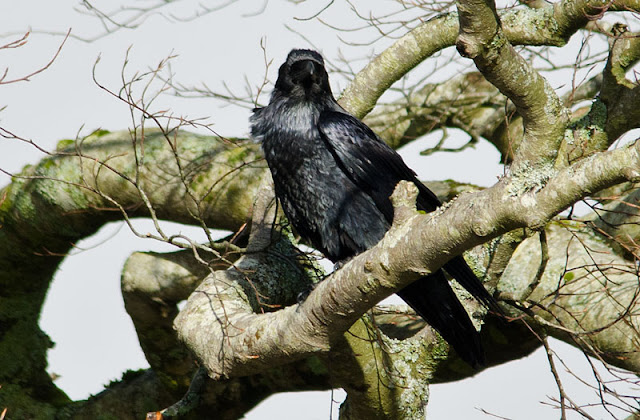 The bird certainly looked very smart in the sunshine but I couldn't find the bird that this one was displaying to. I guess the other bird was on the nest not too far away. The Red-breasted Mergansers are fairly well paired up now but this just increases the displaying as the males try to keep their females. Plenty of splashing about too... 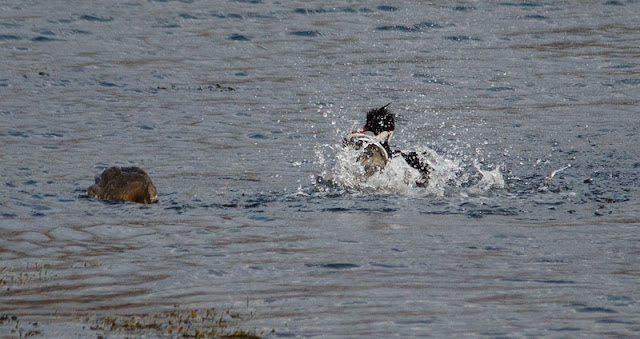 ...but it's worth it when you look this good. 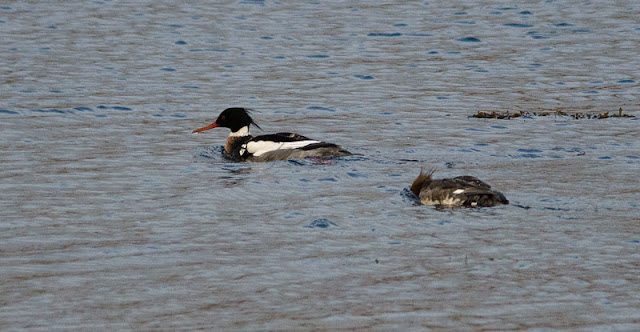 Thursday was a bit gloomy but just bright enough to get some photos. First off was a WT Eagle perched in a tree - I could see a wing tag on this one so a closer look was required. It turned out to be one of the East coast re-introduction birds but I'd seen this one before in April 2010. I needed to find a closer spot for a photograph and I knew just the place - through the wood. I made a great error going into the wood as I didn't have my laces tied properly and as I sunk into the first bit of soft ground, off came the first boot, a bit of forward momentum and off came the second boot. I'm not a small bloke and I sink fast in boggy ground so I just had to keep going to the other side!! My boots were stuck so I just carried on to take a couple of shots. 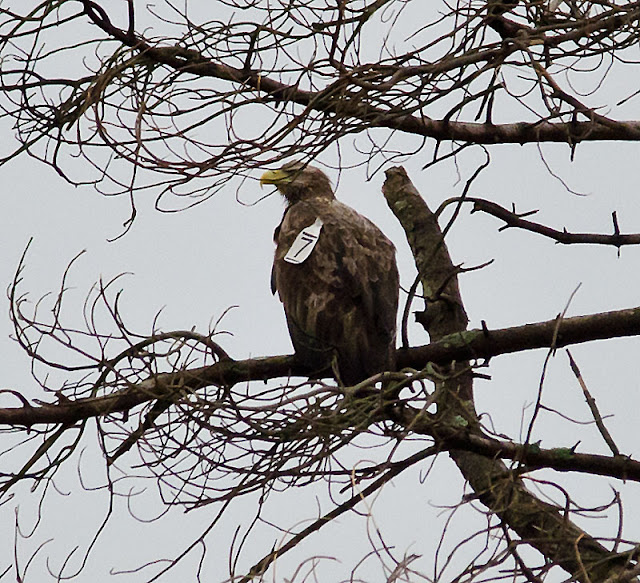 I did manage to find an easier way out of the wood and I rescued my boots. I kept an eye on the bird for an hour or so and as soon as I took my eye off it, it disappeared! I could hear the shore birds calling so something was unsettling them and as I turned to look a Grey Heron was cruising over the shore and another, different kind of bird was breaking the sky line. I could see this was another, younger, WT Eagle and it was heading my way and off towards where the other bird had been. 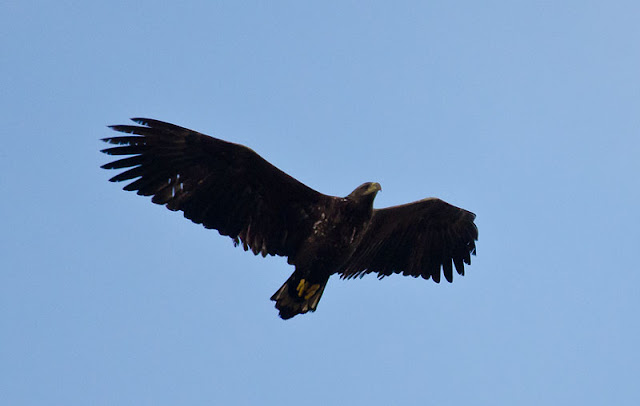 After a change of clothes and some clean boots I was back out in the afternoon taking a few photographs of the pale Common Buzzard... 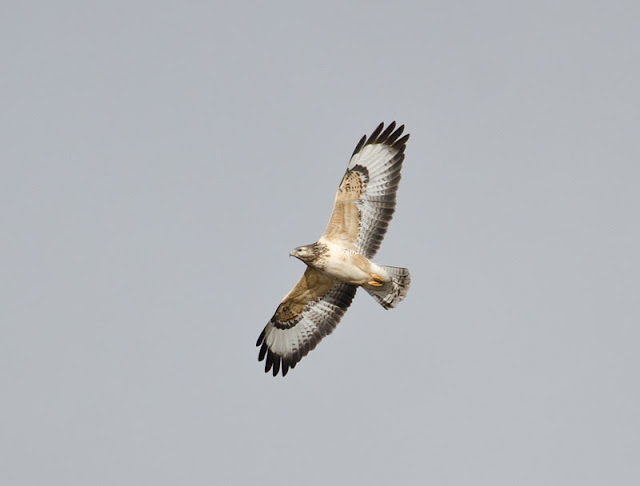 ...and a cracking Great Northern Diver. 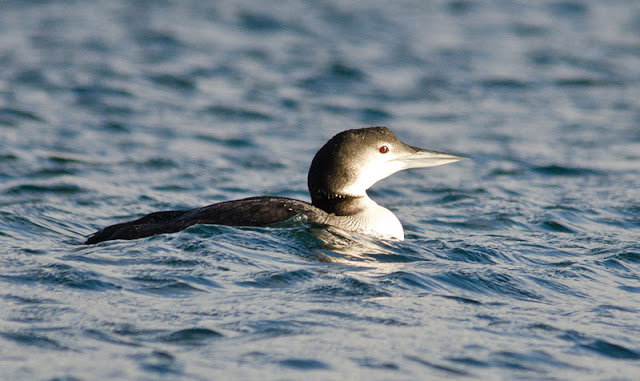 The Black-throated and Red-Throated Divers were both on show but way too far away for the camera. Not a lot else to crow about apart from the very dodgy internet connection I have at the moment hence the lack of posts. I'll leave the Hoodie to do the crowing for me. 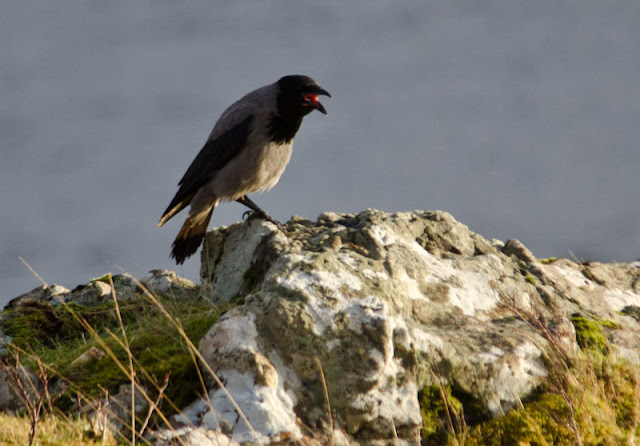 how nice for you to see #7 again, even if you did temporarily lose your boots! great shot of the buzzard, and everything, really.

This brought back memories from 3 years ago of sinking thigh high into a bog at Carsaig which Fiona-next-door swore didn't exist. That was after my husband had hosed me down on the drive.......

Thanks for the comments.

Fiona - I'm pleased I didn't go in that far, I'd still be there now.