As February comes to a close we are stuck under a cloud - it's been dreich to say the least. I didn't do a great deal at the weekend but Monday I was out in the drizzle seeing not a lot. A look around for the white-winged gulls turned up a complete blank but there is always something to brighten the day. A Red Deer stag posed on the beach... 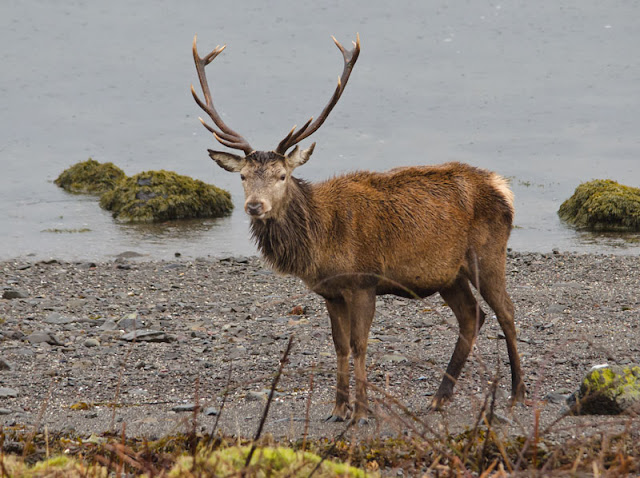 ...and the Barnacle Geese were happy to show well in the gloomy conditions (they wouldn't do it on a nice day).

This shot of a Common Buzzard gives a good idea of weather conditions - wet! 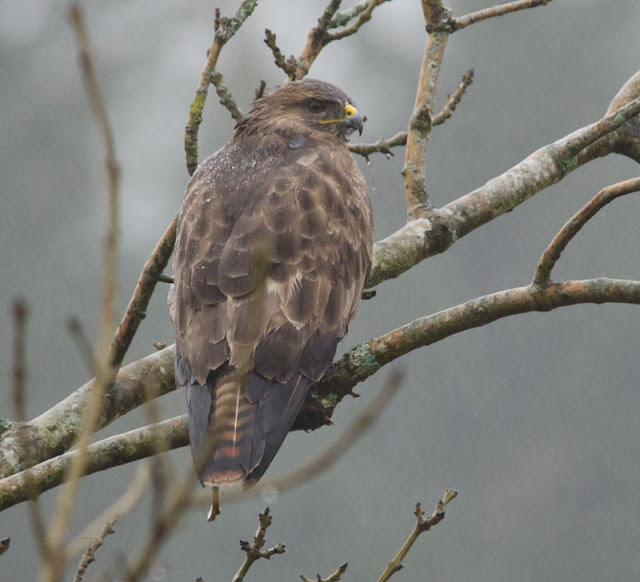 I was hoping for some improvement on Tuesday but I was obviously having a laugh - it got no better than this.

The good things were a returning Pied Wagtail singing at the top of a tree. 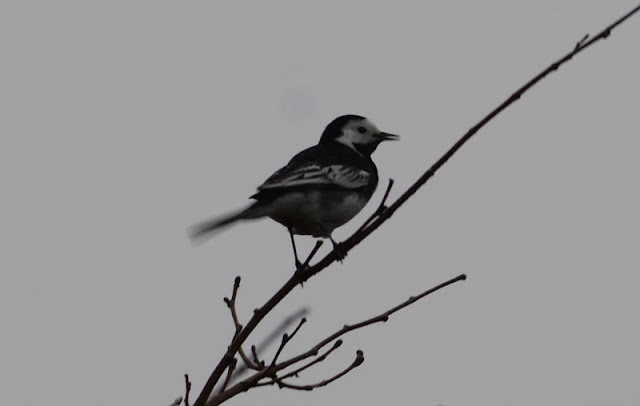 You can hear the Ravens coming as they are flying in pairs (not close enough to get both birds in the same shot) calling to each other. 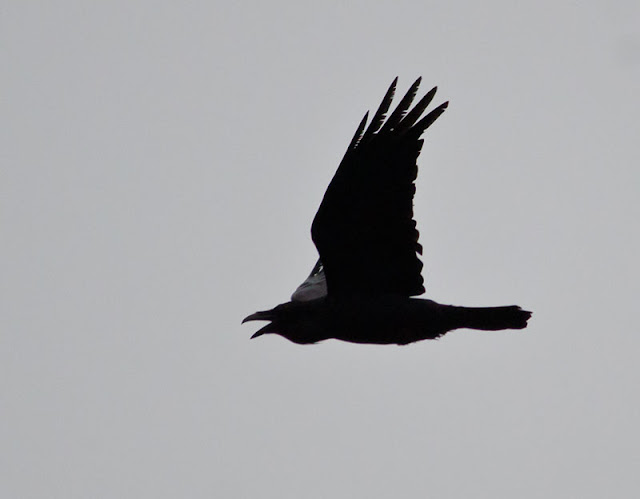 The Hooded Crows are always worth the effort on a dull day... 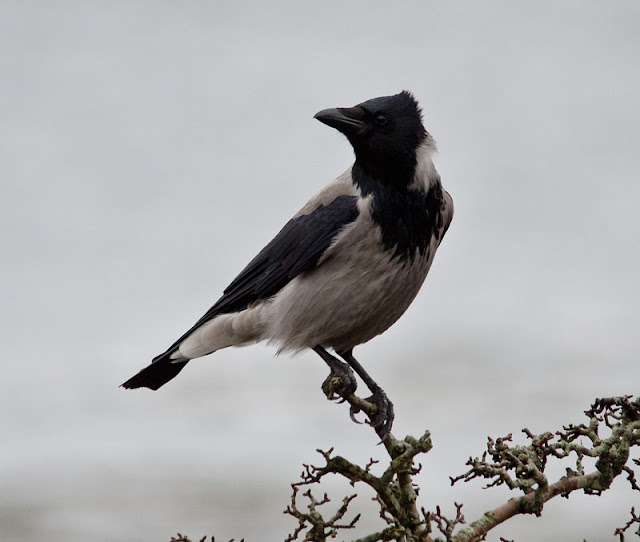 ...and you could spend days photographing Grey Herons in pools... 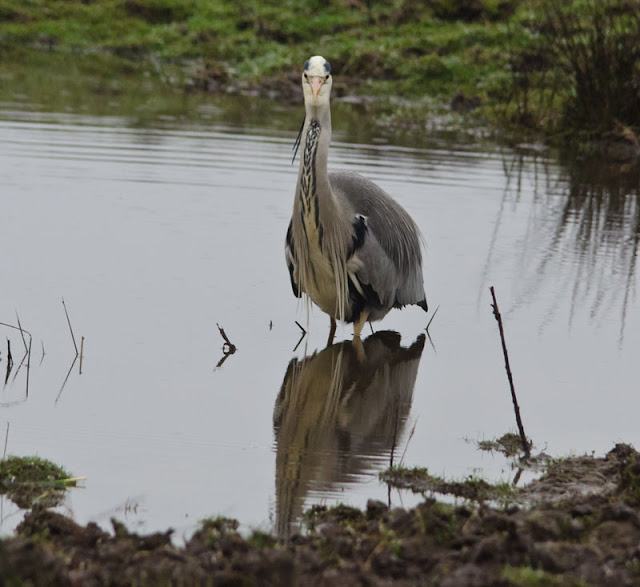 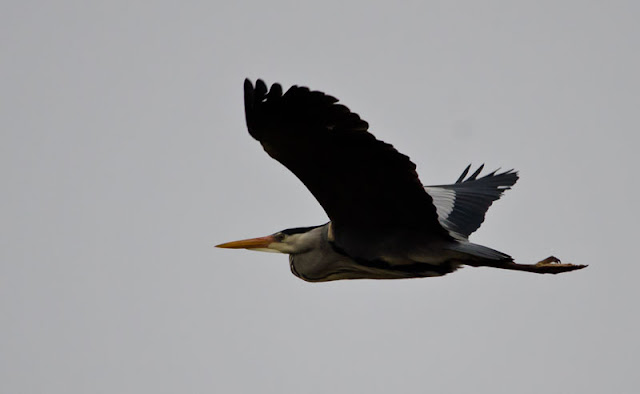 Now that it's getting near the breeding season the gulls are starting to increase - Great Black-backed Gull is the biggest of our gulls. 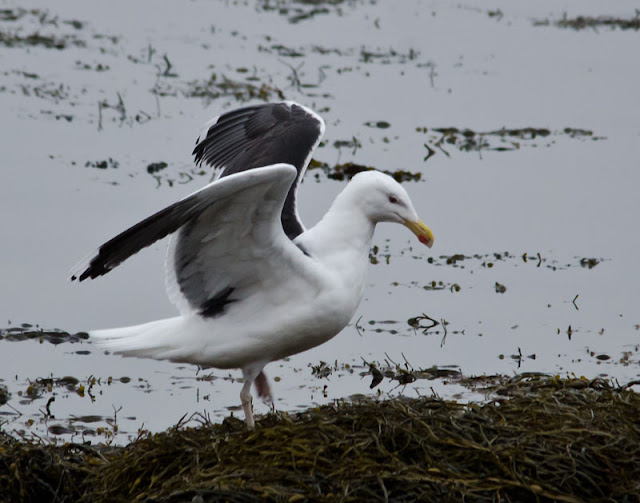 I'm still working on getting a decent shot of a Red-breasted Merganser but it always seems to be the duller days that you get closer. 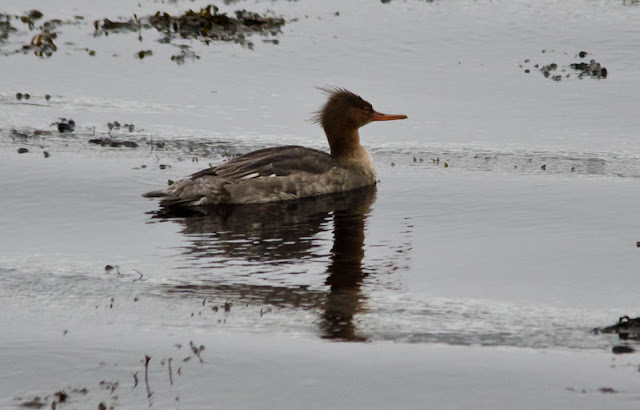 If only we could have a bit of dry weather the monkey wouldn't need ropes to climb the trees! 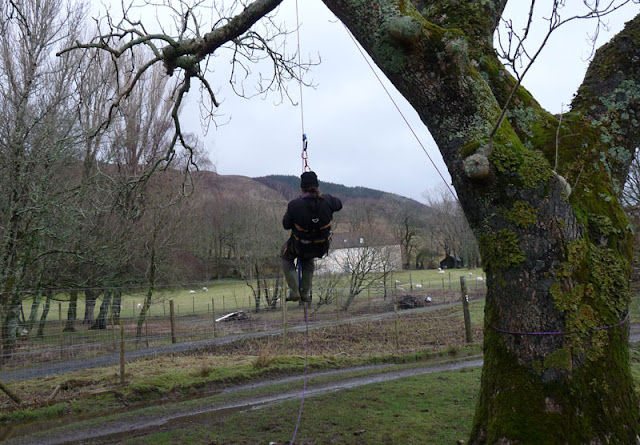