Thursday started off with rain but it was easing off. I didn't get out until lunchtime but I hadn't got far when an odd wader caught my eye. A quick wander down the shore for a closer look revealed a Knot - first one I've seen here in the winter. 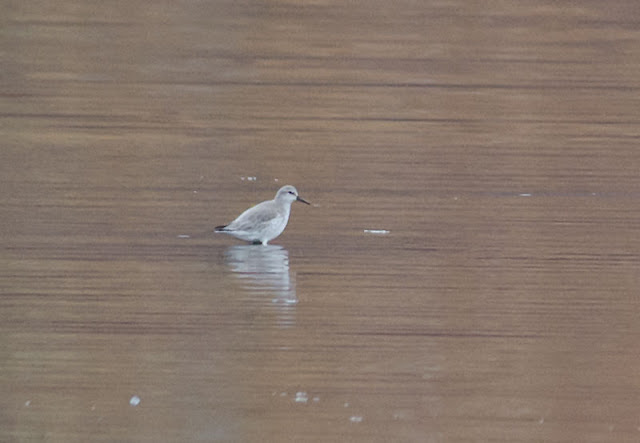 It was a good start to the trip out and it just got better. I picked up an Otter fishing the opposite side of the loch to me, watched it for five minutes and decided it wasn't going to visit me in a hurry. I'd driven along the road for a bit and looked back over to see the Otter swim into my view but still on the far shore. I got the scope out and watched it looking for somewhere to haul out with the fish it had caught when it suddenly turned and started swimming across the loch. I wandered back down the road to watch it haul out - result. 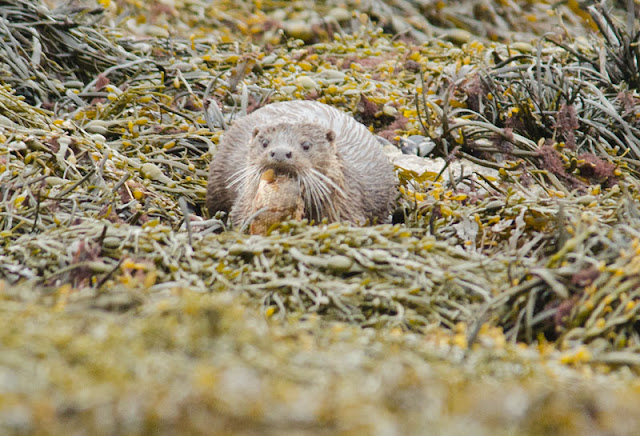 I wasn't quick enough to get in a closer position but looking at that picture the Otter seems to be a bit of a wide load! On the walk back to the motor I saw a couple of Grey Heron having a dispute over the fishing rights and watched the victor arriving back to it's spot. 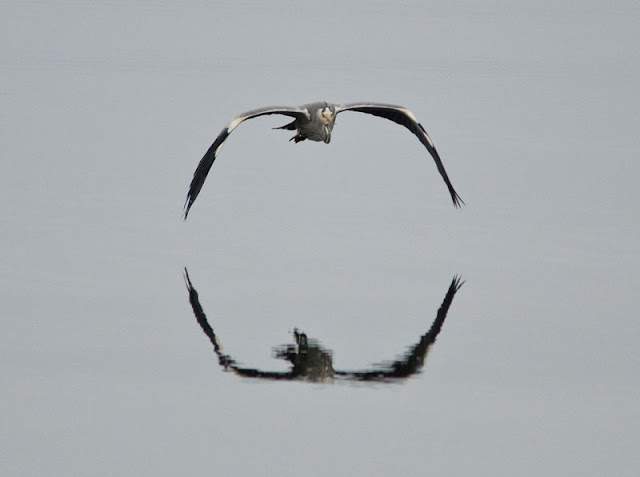 They look really big like this but it's surprising how small they are up close. 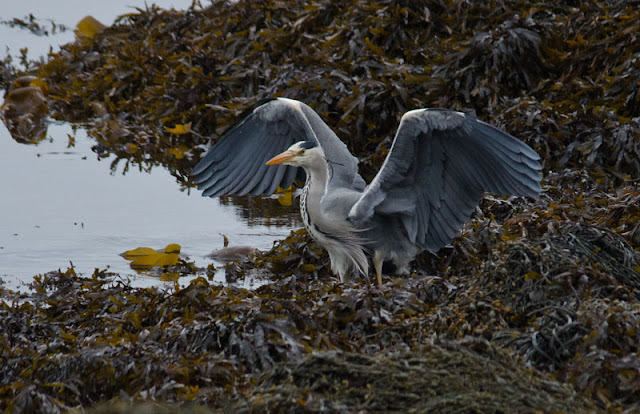 The Rock Pipits are starting to pair up and investigate their usual breeding sites so I was escorted along the road by this bird! 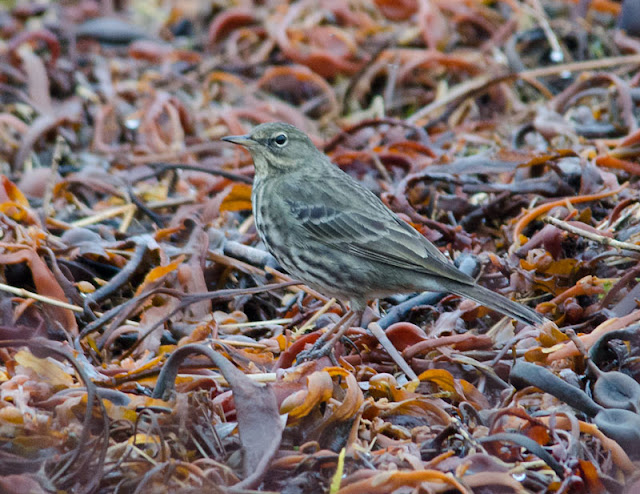 As you can see it wasn't the brightest of days but these conditions always add some atmosphere. 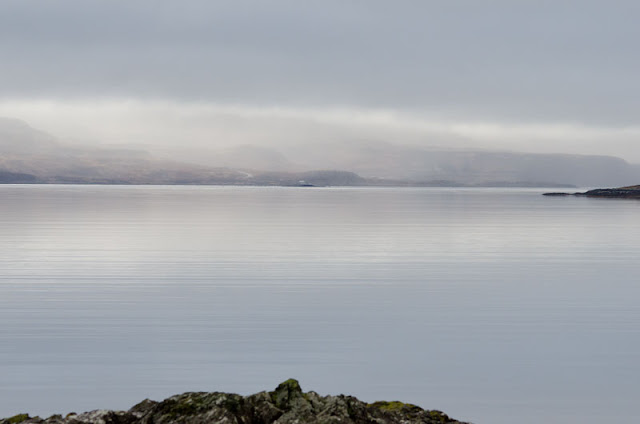 I managed to get some decent views of the rare Sea Bat... 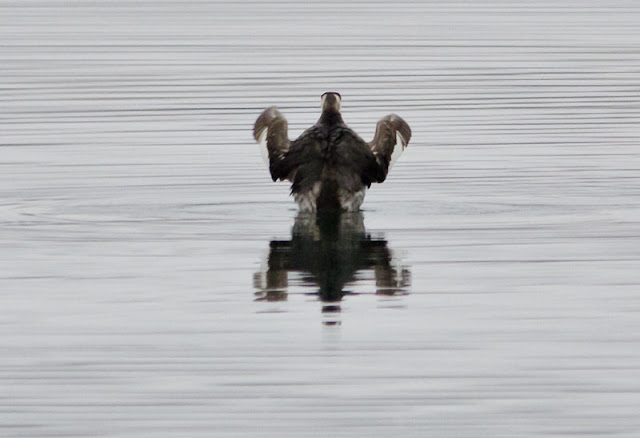 ...which normally looks like a Slavonian Grebe - or should that be the other way round? 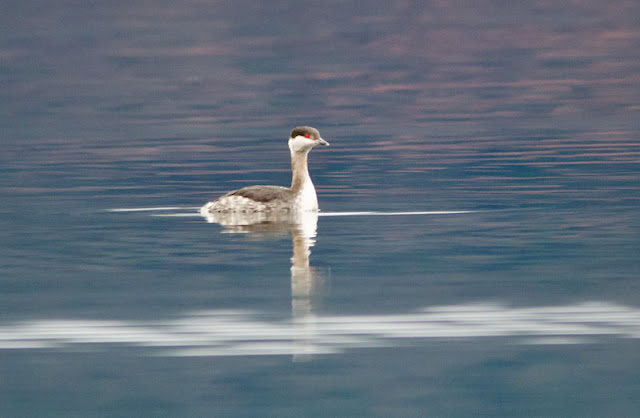 I was trying to get into a good position for some Otter photographs but a Black-throated Diver was a bit of a distraction as it came in fairly close. 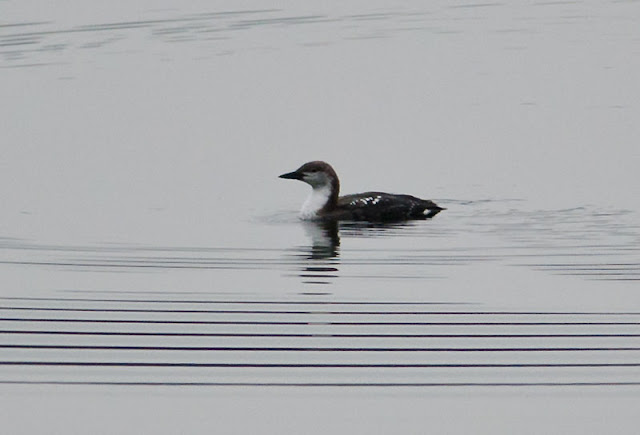 I missed the Otter as it swam past but I did catch up with it. While I was waiting one of the Great Northern Divers started calling further down the loch, a haunting call that echoed down the loch and received a response from two other birds - a real spine tingling moment. Just as the calls stopped the Otter stuck it's head up for a quick look around before it moved on. 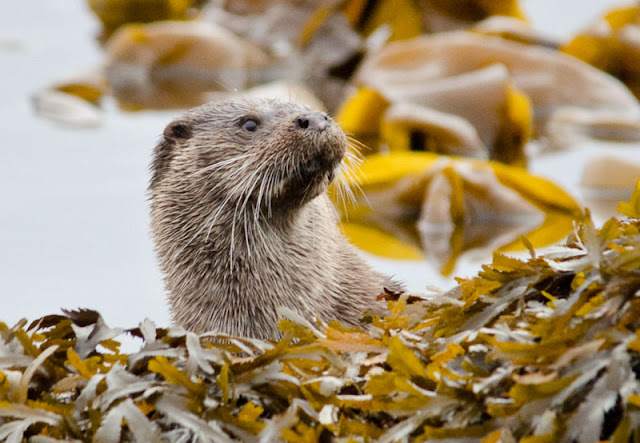 My next stop was right next to the GN Diver that was being vocal. It was good to see the behaviour of the bird as it submerged itself before firing off the calls over the surface of the water. The bill is hardly opened at all when it calls and I wonder how much the call travels below the surface from this position. 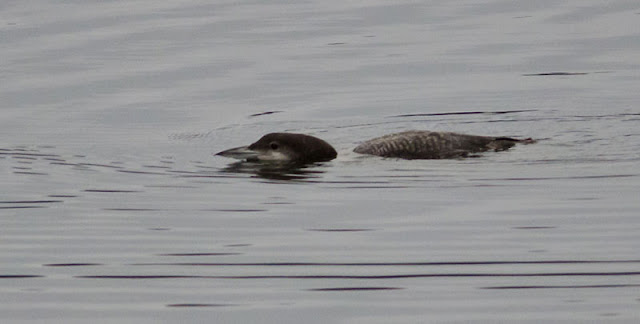 Here is the same bird calling again - you can see the throat is distended but the bill is just cracked open. 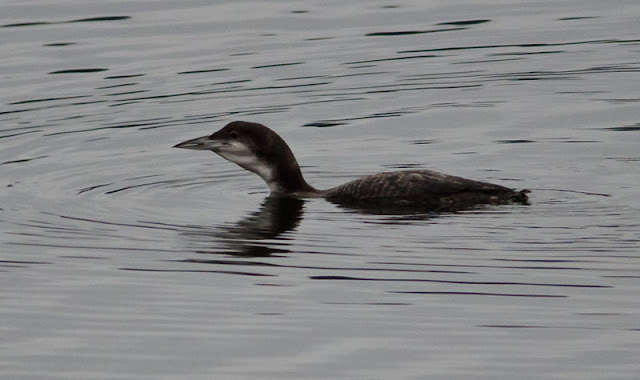 Such an interesting post today, Bryan. (But of course they always are.) The shot of the grey heron landing is spectacular. But your observations of the GN diver calling behavior illustrated with beautiful photos is outstanding!

Yes fascinating I was unaware that Divers called from this position.Presumably it travels a long way over the water surface ?
Brian

The call of the loon (GND) is one of the most evocative in "cottage country" in Ontario. They seem to claim a lake or part of a lake as their own but visit back and forth. There's nothing like being in a canoe on a still summer morning and have a loon suddenly emerge right beside your canoe so close you can hear it breathing.

Thanks for the comments.

Just come across your blog via Russell Jenkins.

I love Mull, not that I've been yet! It's more the idea of visiting that excites me - all those Short Eared Owls and Sea Eagles!

Just thought I'd post a comment about the superb otter image. Gorgeous pose and framing of all the seaweed.