A bit of the white stuff...

...but not any snow! It was another nice day on Tuesday so I had a trip to Tobermory to visit friends and hopefully pick up some wildlife too. A Pied Wagtail on the front street and a few Buzzard, Meadow Pipit and my first Primrose of the year were the best of the haul. The trip back home produced the white stuff. Firstly a group of three Mute Swan - not a bird I see that much of in the SW of Mull. 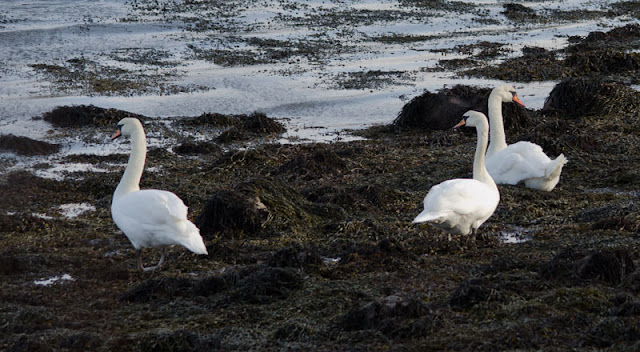 Next stop was a visit to the salmon hatchery for white-winged gulls. As you can see there were a few birds at the outfall including a few Shelduck. If you look carefully you should see FOUR Iceland Gulls in this shot.

If you are struggling with the gulls there are two first winter birds on the left, another first winter just right of centre and a second winter on the right...or maybe it's easier to look at the photo below. 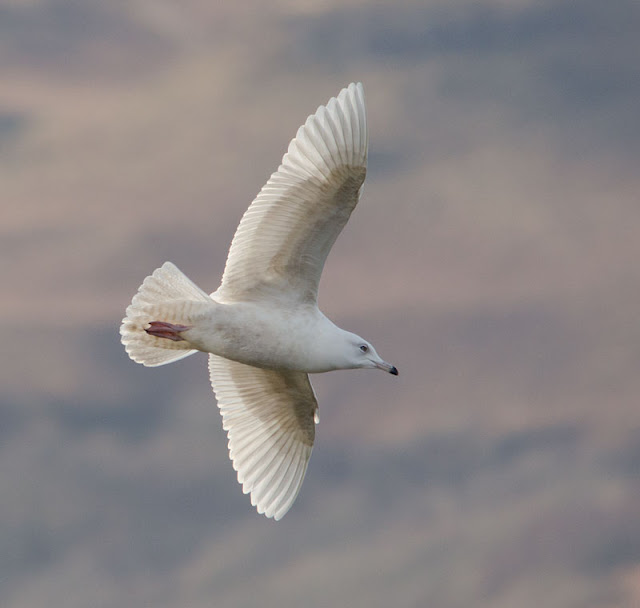 A Red-breasted Merganser posed well a bit further along the road. 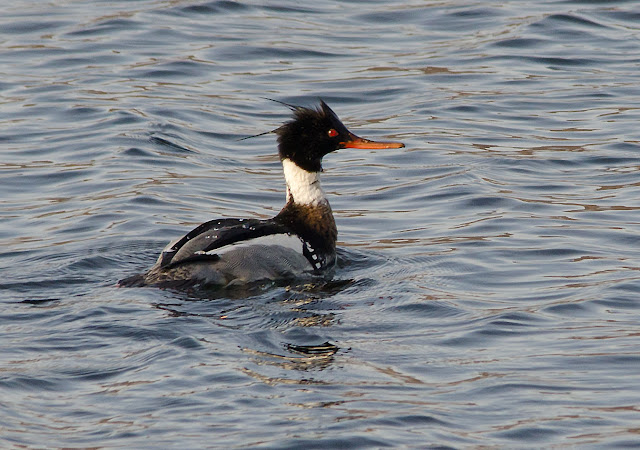 Quite a nice haul at the next stop. I noticed this Grey Heron perched overlooking the road and I had to drive past it before getting out to photograph it- it was nice to get one off the shore. 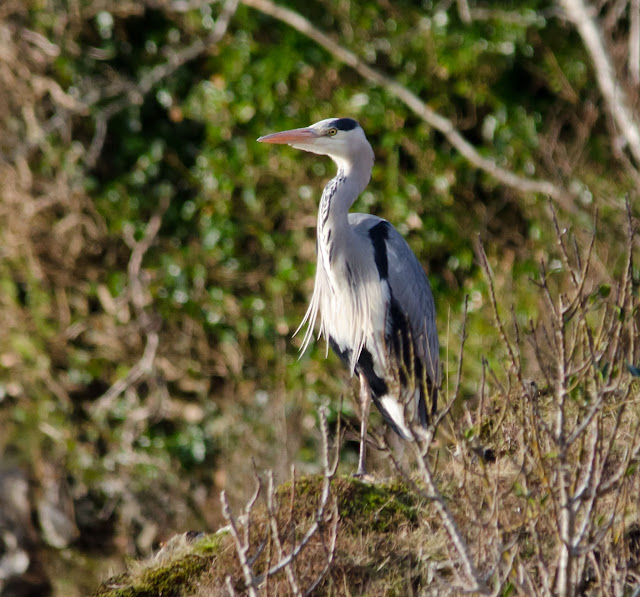 I could see a Razorbill on the loch, heading towards me, but too far off for now. Luckily there was a small distraction on the skyline - a nice Red Deer stag. 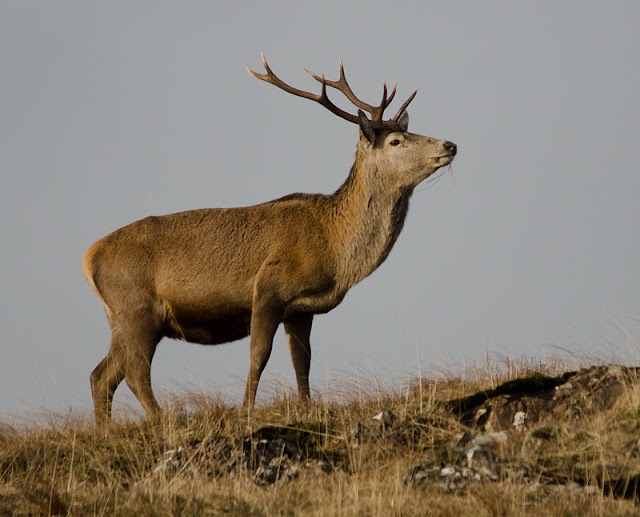 I was almost too late to catch the Razorbill after those shots but a quick scramble down the rocks gave me decent views. 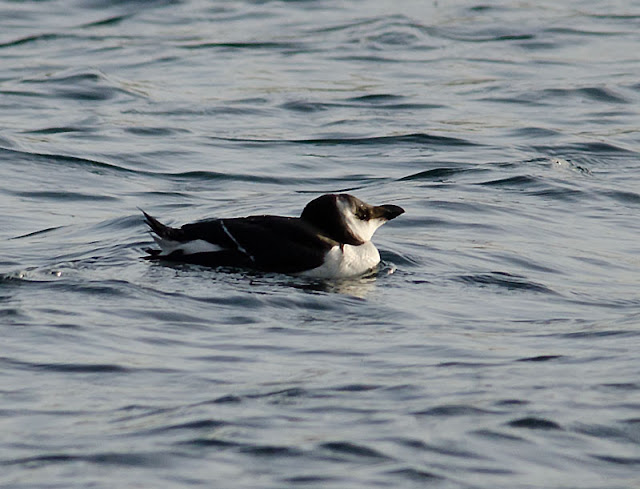 Wednesday was a bit of a contrast with a stiff breeze blowing, overcast sky and rain by lunchtime - it never got light! Just as I was getting up there was a Tawny Owl hooting as it was going to roost and then as I was leaving the house a male Hen Harrier flew over! Better still were the four Buzzard that were a bit agitated because there was WT Eagle hanging around! I'd only driven a couple of hundred yards from the house and I had to pull over to get a shot... 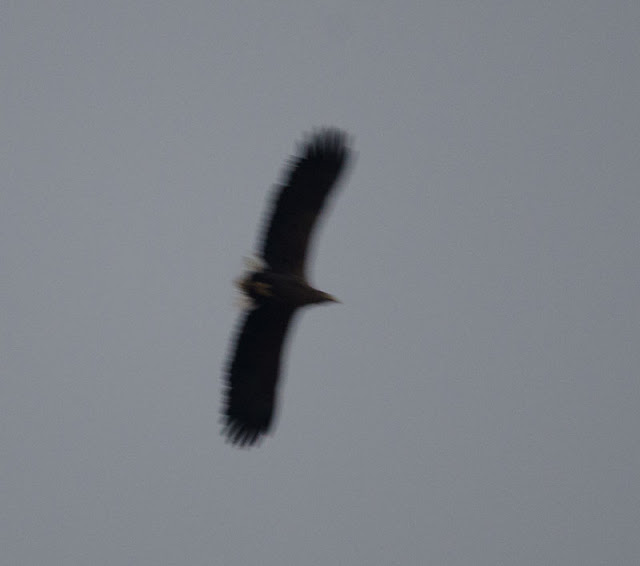 ...but the camera was still set up for sunnier conditions. A quick change of the settings and I managed to get this one instead. 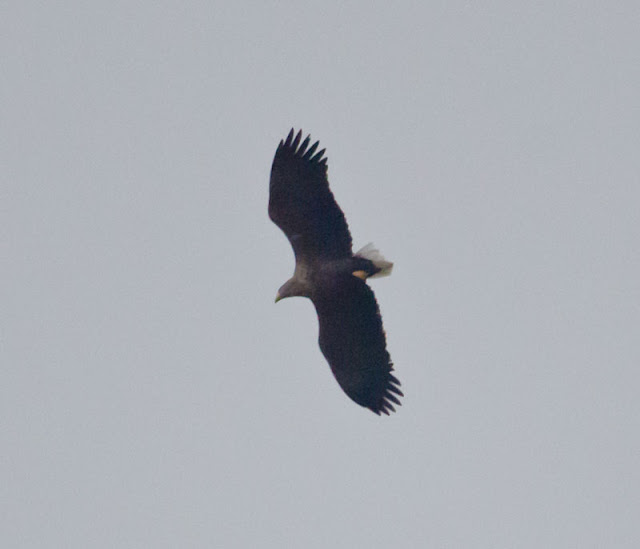