Friday was supposed to be a real stinker from the off but with no sign of rain it would be silly to waste it. A bit of a random journey with nothing in particular in mind but it just happened to turn into a gull day. First up was an Iceland Gull that flew in front of the motor and off into the distance. It looked grey on the wings so certainly near adult and one I will have to find again soon for a better look. It did leave a friend behind - another Iceland Gull, 2nd winter bird. 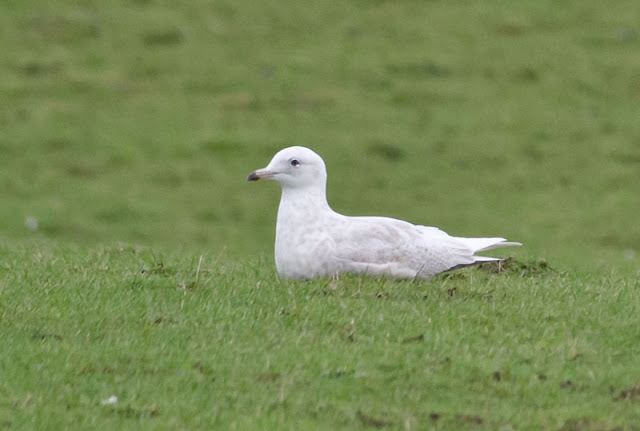 Good numbers of Herring Gull waiting for the Sheep to be fed. 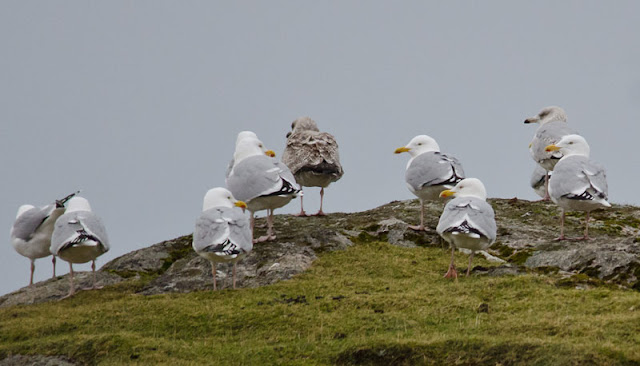 The Common Gulls seemed a bit flighty today and always on the move so no photos of them. Next up was a particularly menacing Great Black-backed Gull that had just finished it's lunch. 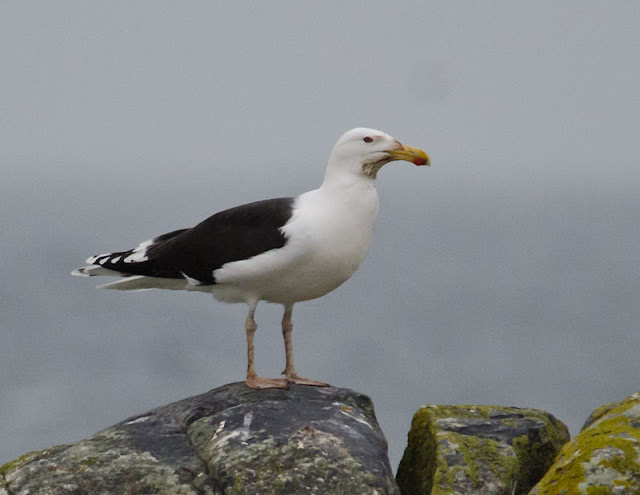 It was just starting to rain by now and the light was going fast but I could see another white-winged gull in the distance. This bird wasn't happy with the approach of other gulls so it took flight a couple of times and settled on the beach before it was close enough for a photo. 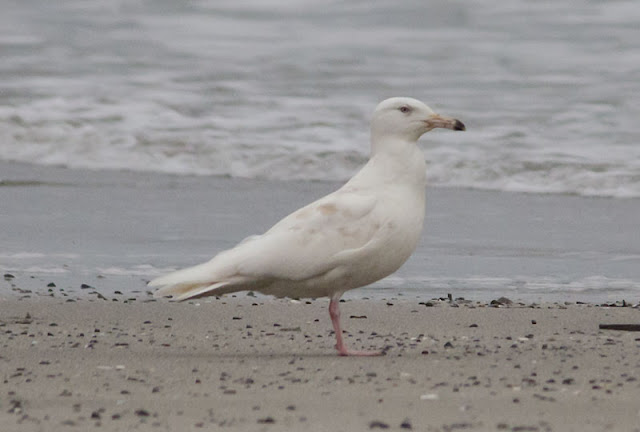 It wasn't long before the bird was flying again. 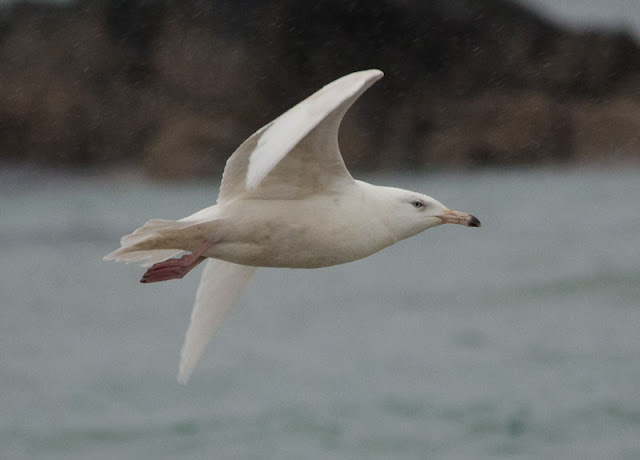 The rain was fairly steady by now so I didn't try to get any closer to a second Glaucous Gull that was lingering in the fields. 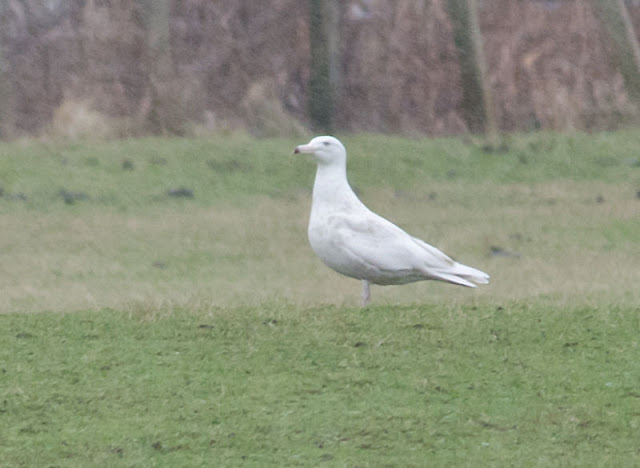 a good haul of gulls for the day.
Posted by Bryan Rains at 18:28