The early worm gets the bird.

Thursday was another cracking day. I had a meeting to attend in the afternoon so I didn't do too much in the morning but first bird on the list in the afternoon was a WTE being chased by a Raven. 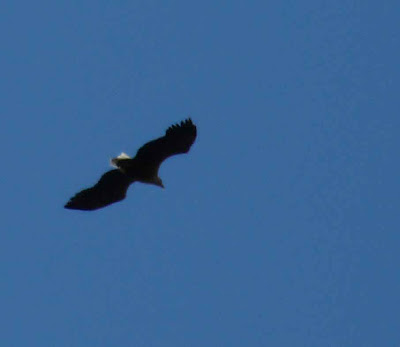 After the meeting I had a bit of a wander around trying to get a photo of Willow Warbler but they didn't want to play despite there being quite a few birds around now. Primroses are out in force as are Dog Violet with the odd Wood Anemone here and there. 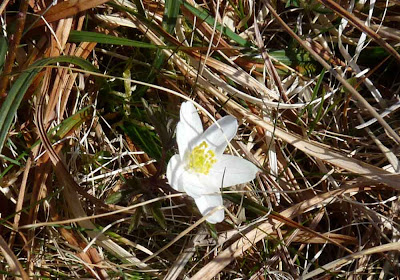 I followed a GN Diver along the shore taking a few snaps along the way. With the light against me they were never going to be good but I did catch him in the middle of a fishing tale - how big? 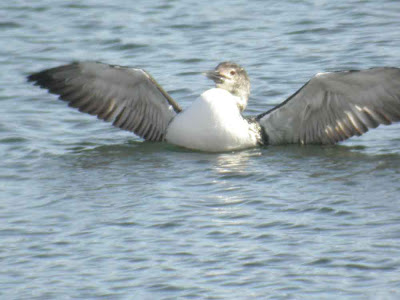 'It was huge, I tell you!!'
Friday was a continuation of the good weather and another sighting of four WT Eagle outside the shop. A good bit of interaction between two of the young birds and an adult WT as the youngsters seen off the adult bird. It obviously tired them out as they took turns having a lie down after that. 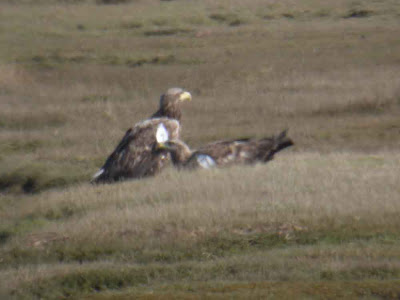 The adult returned an hour or so later and returned the favour!! I received an update from the RSPB on the bird sporting the ring Blue 80 - a bird from mainland Scotland on the West coast. I went to check on the Adder situation in the afternoon but couldn't find any at all. I wonder how many died in the winter cold spell. While attempting another warbler photo I snapped this Peacock on a Willow - nice. 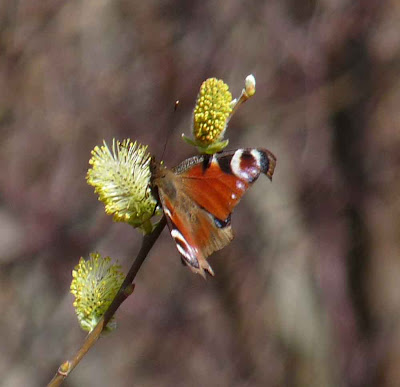 Staying with the insects there are a lot of Green Tiger Beetles about at the moment... 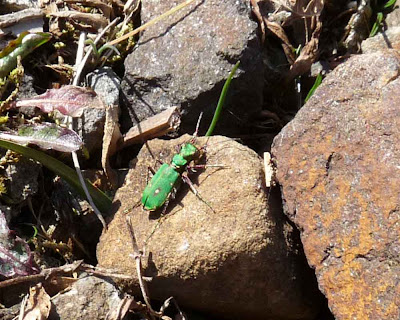 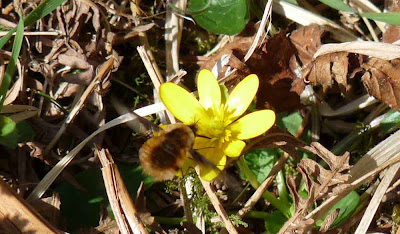 A Northern Wheatear posed for a photo while I fumbled with the camera... 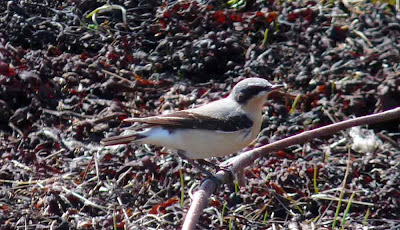 ...before I located a stag, still sporting antlers, that had been wallowing somewhere - filthy or what? 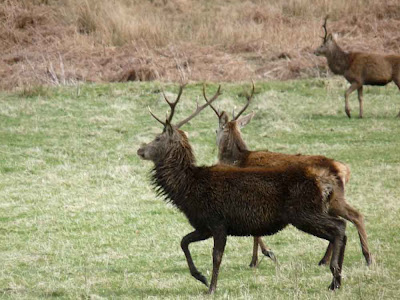 I also found my first patch of Wood Sorrel before the day was out. 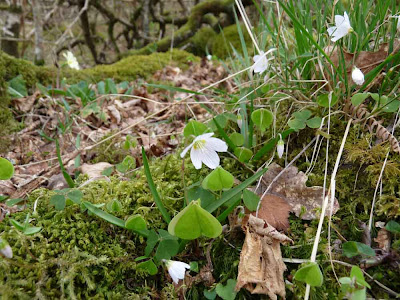 Saturday there was change in the weather with a bit of drizzle and a cold Northerly blowing. It was another tour and amongst the usual array of birds and beasts there was the odd surprise. A Bar-tailed Godwit was the find of the day... 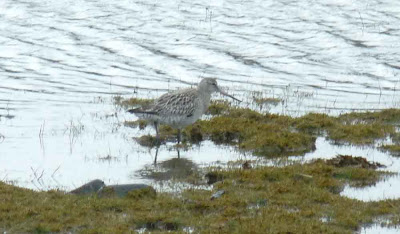 ...with a nice male Hen Harrier doing a flyby while we were watching it. Quite a few Swallows were seen through the day... 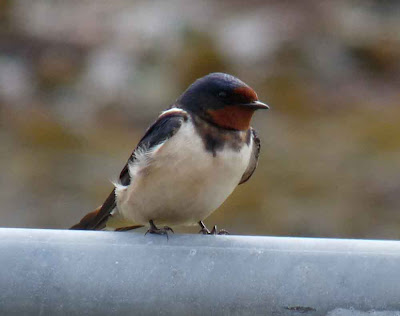 ...and the same with Sand Martins. Wheatears were prominent too with a lovely display from 3 male vying for the attention of a single female. We did manage to locate an Adder today but again it was one of last years youngsters. The Lapwings performed well and looked splendid in the sunshine at the end of the day. 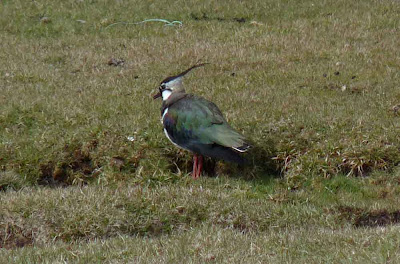 The Golden Plover flock has increased to about 200 Summer plumage birds - an impressive sight.
I wormed my way out of bed to watch the F1 this morning and it always pays to have a look around before doing anything else. I could see a few lumps at the side of the loch so I dug out the bins for a closer look...

...six WT Eagles sitting in a group - tremendous. The Green tagged bird on the right is the local breeding female and the white tagged bird is number 3. I had a good look along the shore and picked out another 3 birds - NINE birds it total!! Strangely there was no sign of White 7 amongst these birds.
Posted by Bryan Rains at 12:02

Nice blog and photos Bryan,what a nice lot of S E,do you get them near the shop often or were they across the other side of loch.

I wish I was coming to Mull this year. I have been the past 2 years running but sadly not going this year. :(

I really like your blog and your pictures of the Goldies and White-tail's are awesome!