Friday was a bit dull to start with and then rain pushing in as the day went on. Luckily we had a cracking start to the sightings for the day with a good number of Otters. A dog Otter to start with which hid itself away not long after we found it so we headed off to view the WT Eagle nest. Both birds were present on the nest but not doing a lot so we went back to see if we could relocate the Otter. No luck with the dog but we found mum and two cubs a bit further along. 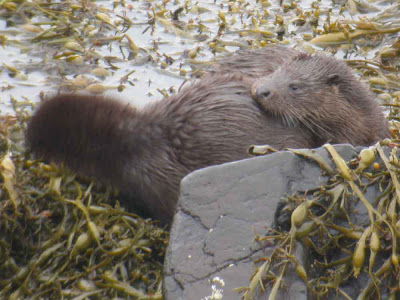 The female headed off and left the cubs to sleep so we moved on again. We got good views of 2 juv WT Eagles at our next stop one of which was busy demolishing a goose. 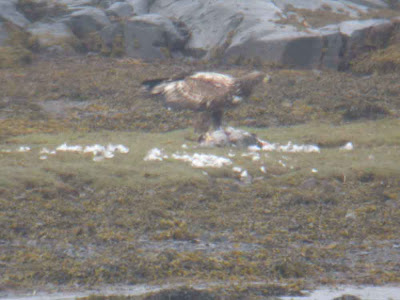 Another two Otter were spotted running behind the eagles heading for the sea. The rain started after this and washed out the afternoon a bit. We did pick up a few Redwing along the way and my first Gannet of the year before our last stop. A few birds had dropped in with the rain so the flock of 27 Dunlin were nice to see...

...and the Golden Plover did a nice fly by for us too.

A Mountain Hare was showing well at the side of the road... 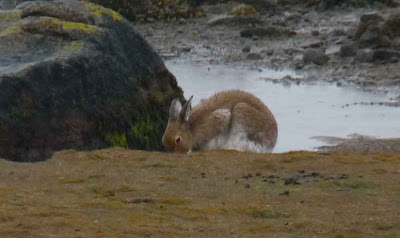 ...with a Lapwing sitting on the nest in the rain not too far away. 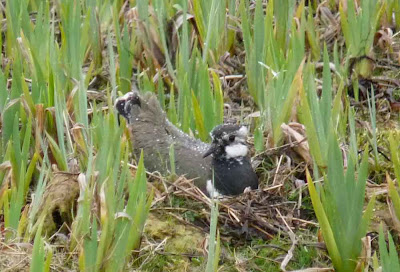 Saturday the weather was the other way round with cloudy conditions in the morning and brightening up in the afternoon. We set of in search of the Otters first and managed to get cracking views of one just after we'd been viewing Common Sandpiper and the first Whimbrel I'd seen this year. 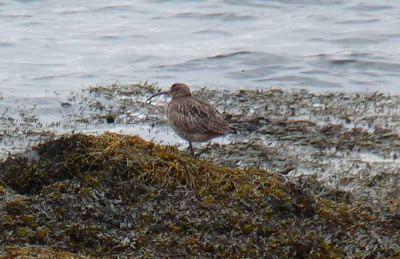 We had the adult Wt Eagles in the bag before we located a couple of younger birds in flight. A cracking Golden Eagle at lunchtime was nice to watch... 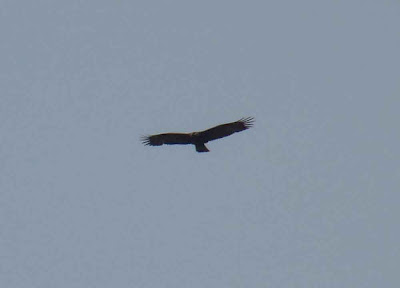 ...before we located a Cuckoo sitting on a fence post. The sightings of GN Diver had been good through the day but the numbers of Razorbill were starting to build and it was nice to hear the birds calling to each other. We had good Hare sightings again and a male Hen Harrier but no sign of the Dunlin today. A White Wagtail tried it's best to avoid getting it's photo taken. 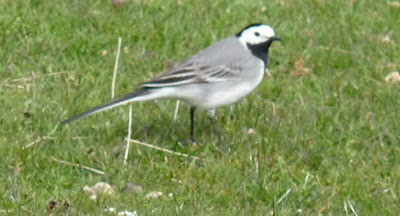 Sunday was a day off and supposed to be an afternoon trip to Staffa. The weather was dreadful so we ended up on Iona instead. We heard a single Corncrake while we were there and watched the Rooks flying in and out of the Rookery.

The Snake's Head Fritillary was still in flower so a couple of shots of those too. 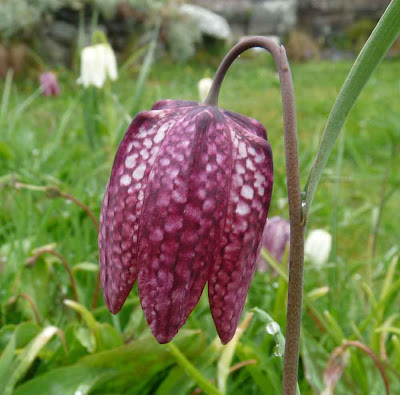 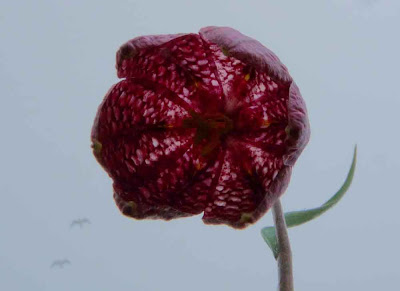 The Jackdaws were trying their best to stay out of the way so just a flight shot.

Lastly a puzzler...is it a Rook or a Carrion Crow? I've not seen a Rook with white in the wings before and we don't have Carrion Crow on the island! 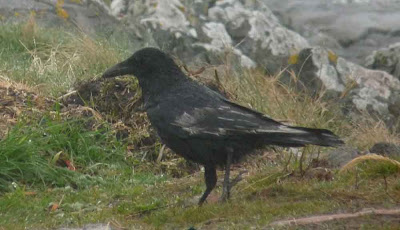 I found out this morning that there are two Bee-eaters in the North of the island and have been there for a couple of days....I'll not be seeing those then!
Posted by Bryan Rains at 09:29

Thats a Carrion Crow Brian...bill shape an all that...

Why will you not be seeing the bee-eaters then ? They're still there today apparently.....

Cheers guys. I was trying my best to make it one of last years Rooks but, I would guess the feathernig on the bill would, at the very least, be reduced. Head shape and bill shape are right for C Crow but, like I said, we don't get Carrion Crow on the island very often. Bit of a mare trying to find photos of juv Rooks too - it was easier to look through the crow pictures for young Rooks:-)

NS - too many commitments at the moment so I can't get up for the Bee-eaters until Wed night!!! The weather is going to be overcast for next few days so maybe they will stick in.