The temperatures are dropping and making it feel like winter at last but things are starting to change for the better too - the Oystercatchers are pairing up and displaying, the GN Divers are quite vocal, Lesser Celandine plants are starting to show, the list is endless. Despite this change times are still hard out there and occasionally you see something like this Common Buzzard. 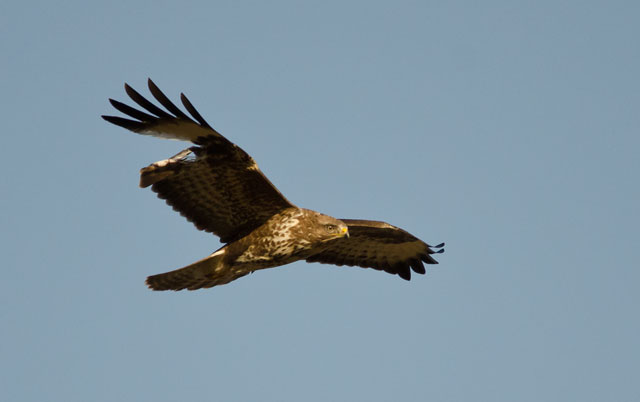 I could be wrong but I think this bird may have been in a bit of a scrap and lost some feathers. It didn't seem to affect the birds ability to fly about so, hopefully, it's just a lesson learned. There were plenty of other birds in the same area with 6 Buzzard, 20 Hooded Crow, 12 Raven, 1 Golden Eagle and 1 Hen Harrier all seen in the air. Two unconcerned Song Thrush were poking about unaware of the action above. 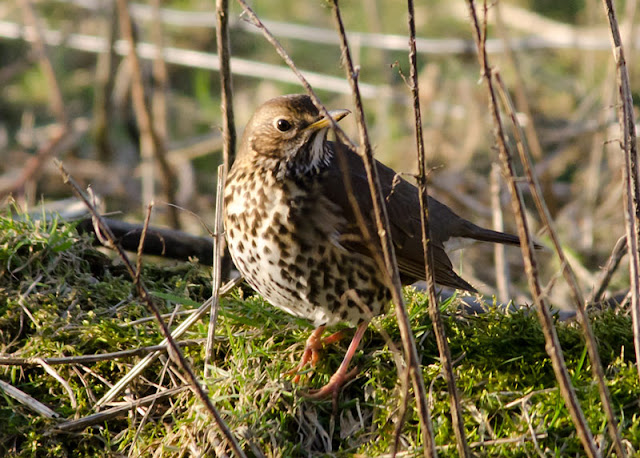 I had a quick look for the Adders on Wednesday but had no luck. An afternoon of sit and wait paid off as I had a few views of 3 Golden Eagle and a female Hen Harrier. None of the views of the raptors were particularly close but that's just the way it is. A couple of Wrens were having a dispute while the eagles soared overhead. 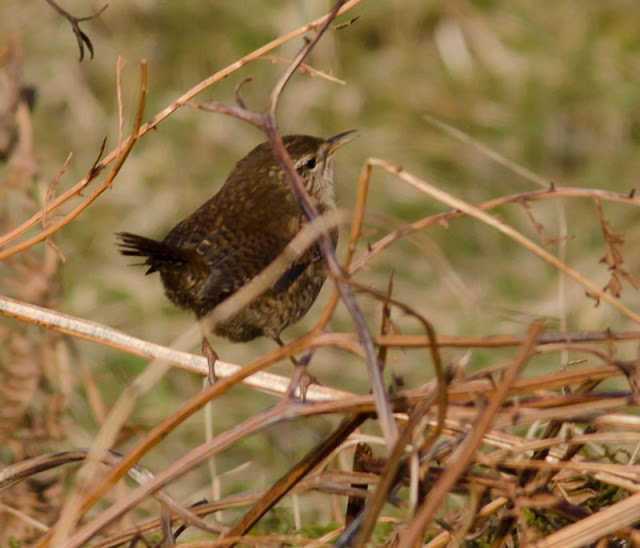 A change of location and another view of a young Golden Eagle was a nice way to finish the day. 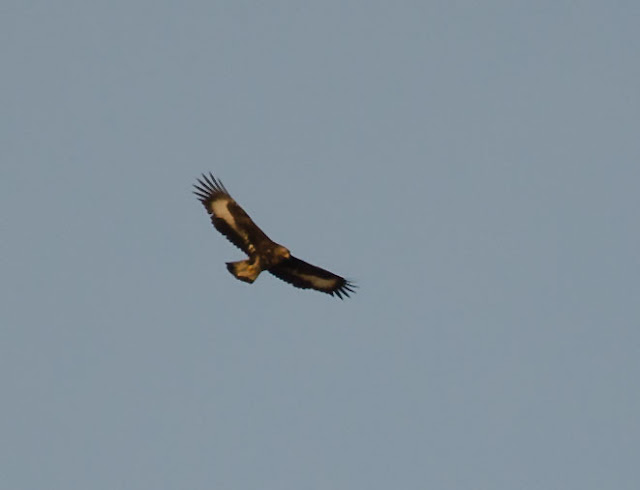 Thursday was an overcast day with a chilly wind. I was staking out a Golden Eagle in the morning but the bird had other ideas as it dropped behind the ridge it had been sitting on and never reappeared. I've not seen an Otter for a couple of days so I thought I should put a bit of effort in. It couldn't have been easier as I spotted this one making it's way to shore... 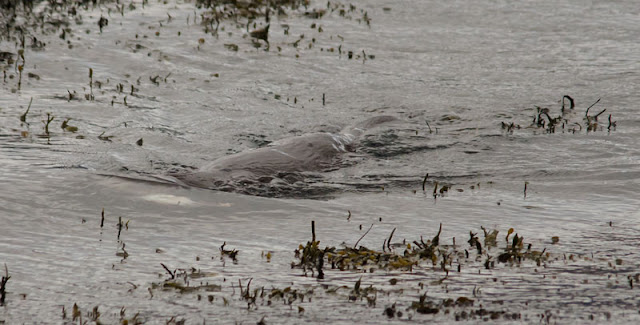 ...looking for a nice place to eat it's lunch. 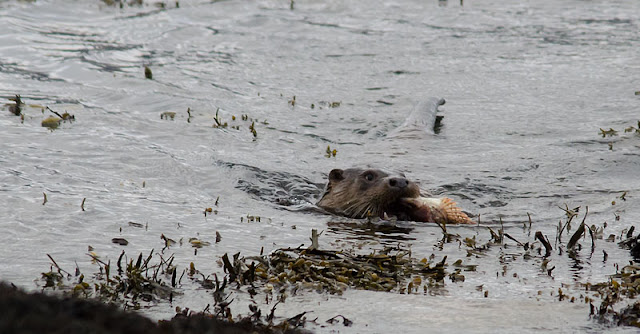 It couldn't have picked a better spot. 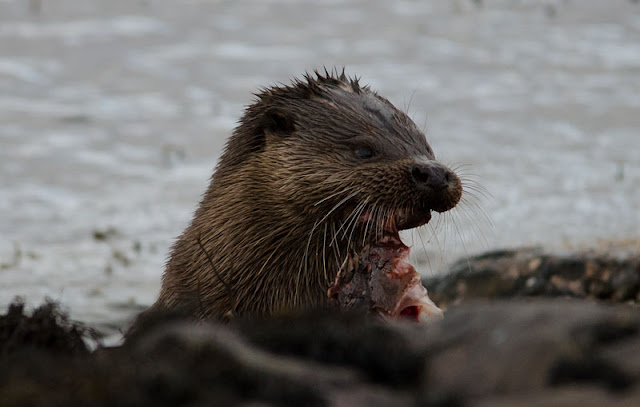 I follow your blog with great interest and am looking forward to visiting Mull at the beginning of June. Our main objective whilst there is Otters, if I can get some shots like yours I will be well pleased. We are keen birders too, so looks like we will have plenty to see. Fingers crossed of course

Gary and Mary we are coming beginning of June you make it sound easy to get great photos like yours but ive not managed it yet even broke my scope once trying to get a shot of an otter.Ive just purchased a canon sx40 so hopefully better luck this year.

Ouch! That lots like some damage! Glad the bird can still fly. Your buzzards are a bit lovelier to look than the ones in my area. The Otter photos are great!

Thanks for the comments!

Tom & Tina - The photos are the easy part, finding stuff is the hard bit.

Gary & Mary - See above and have patience, it'll come!

Tammy - I'd rather be photographing your birds than mine. The grass is always greener!