January is over already!! Monday was a really pleasant day with sunshine (remember that?) and a cold wind. I had a pleasant wander about along a woodland edge which produced prolonged sightings of WT Eagle and Golden Eagle in the distance but it was the smaller birds I was after. A flock of Crossbill were flitting about the tree tops but never settled anywhere for a good view. It took some time to find anything else but once you found one bird there were plenty more not too far behind. A Blue Tit appeared from nowhere, closely followed by two Great Tit, three Coal Tit, several Chaffinch and a Treecreeper. 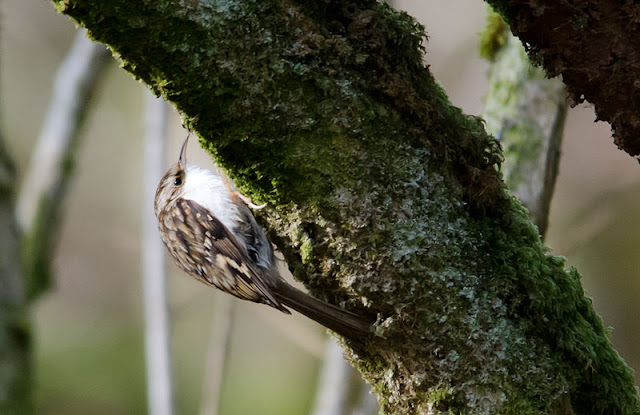 The small birds were not concerned with the presence of the displaying Common Buzzards. 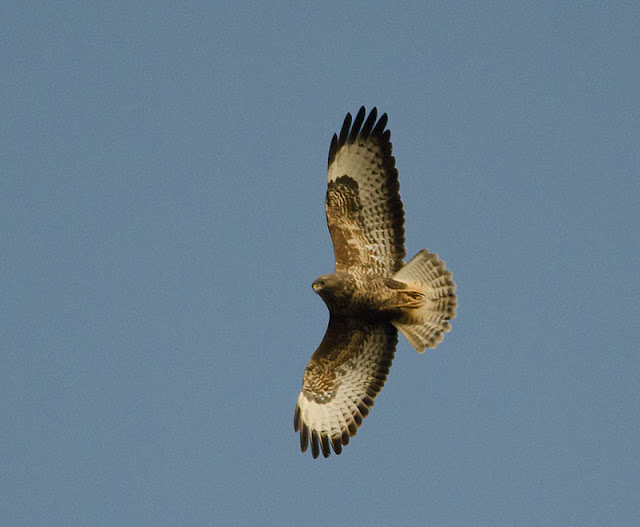 A change of location in the afternoon should have been pleasant but the wind had picked up a bit and had a real bite to it. Plenty more Buzzard plus a Kestrel and a fly past Woodcock... 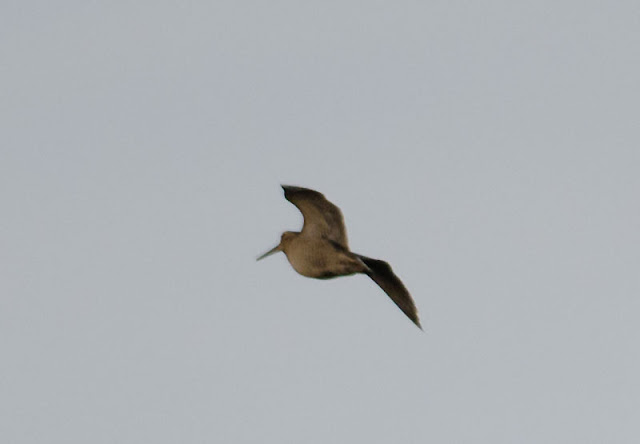 ...were seen before I headed for a more sheltered spot. I found my first Redwing of the year just standing in the middle of a field. 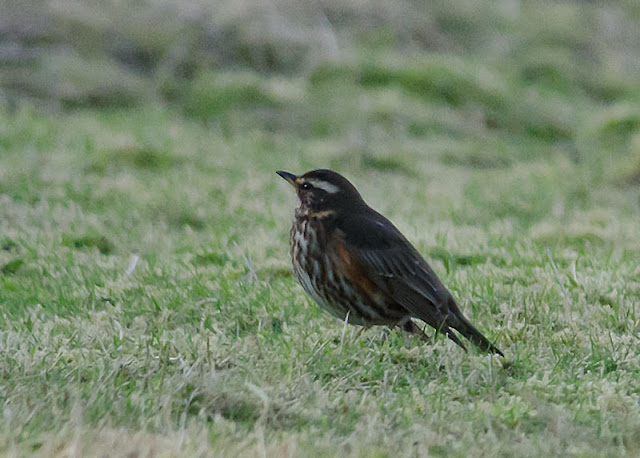 I hung around for a bit and a Mistle Thrush appeared and that encouraged the Redwing to fly around. 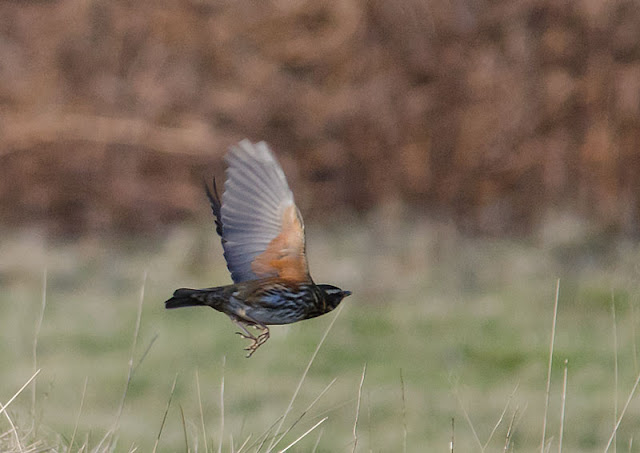 A young Great Black-backed Gull posed nicely against the blue sea as I headed for home. 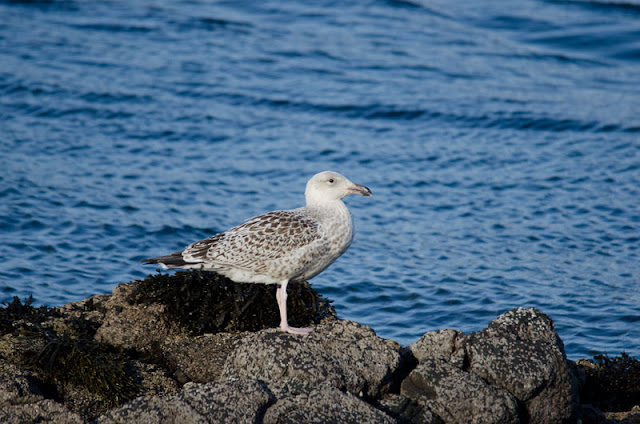 Tuesday was a complete contrast as the cloud cover was complete and it stayed that way all day. I had a couple of things to do in the morning and with no improvement in the weather I was just going to head for home. A flock of waders flying around turned out to be Golden Plover so I thought I might try to get a usable photo for the blog. I wandered down the shore in the general direction of the 5 Golden Plover and watched another wader join them as they lifted briefly and flew closer to me. The extra bird was the Purple Sandpiper that has been missing for wee while - cool. I was never going to get too close so I fired off a few shots of one Golden Plover that was coming into summer plumage. 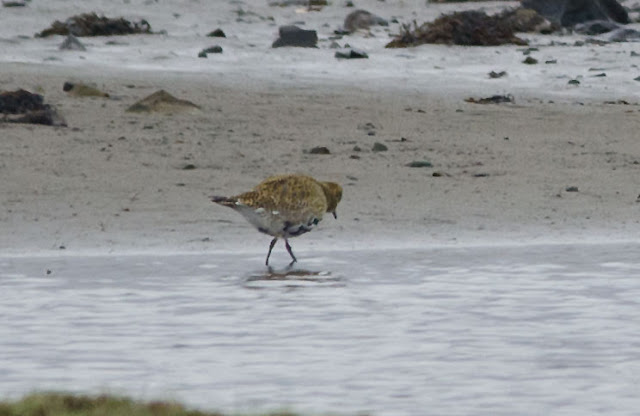 Do you ever get the feeling you are being watched? I'd wandered past a herd of cattle that looked like they might follow me but it wasn't them, it wasn't the Common Gull just off to my left... 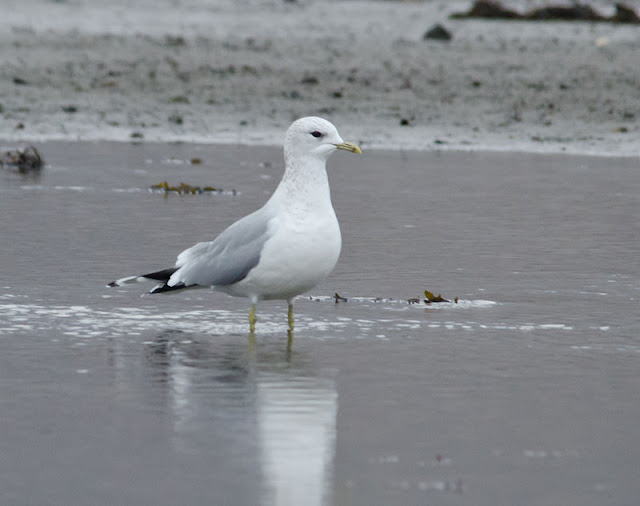 ...but it was a WT Eagle appearing from cover like a giant grouse! 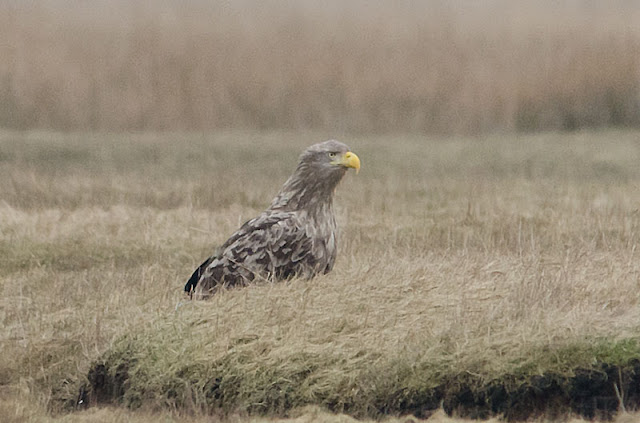 It wasn't going to hang around for long as it eyeballed me and there was nothing I could do to hide so off it went. 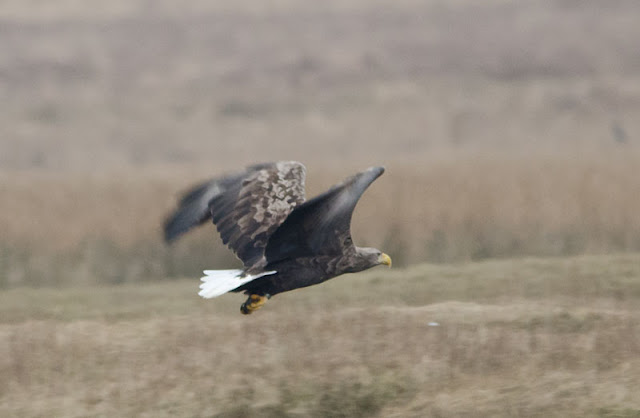 I got another year tick as I arrived home as three Meadow Pipit landed on the fence. 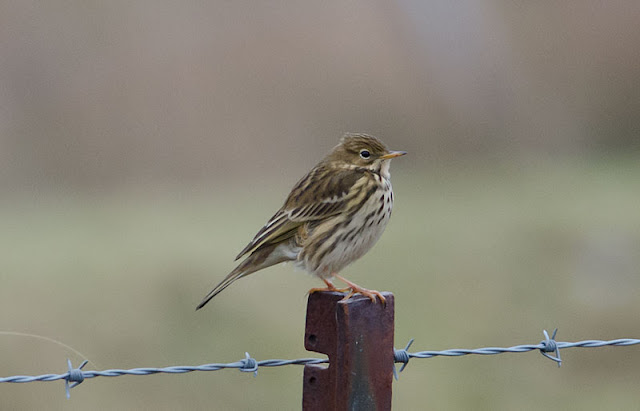 So, one month down and 76 species seen - that's over half of what I expect to see for the whole year!
Posted by Bryan Rains at 18:47