Tuesday started with dark skies but rather than do something useful I headed out to see what was about. First stop was for a WT Eagle that was showing well against the dark sky. 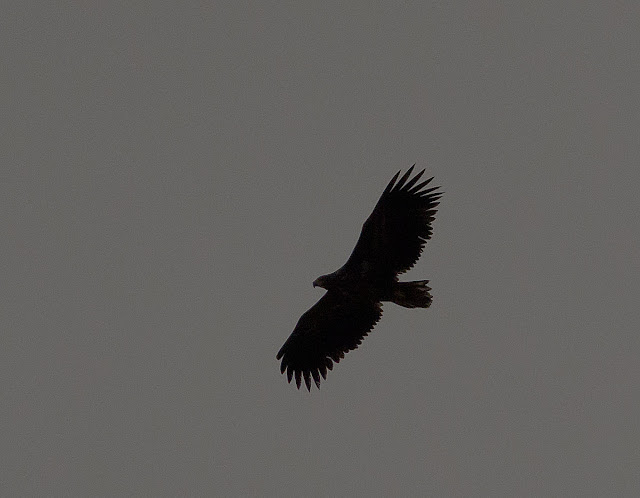 As the bird disappeared over the ridge I thought I might have a chance of another view if I drove round the corner. It didn't work but a couple of Hen Harrier plugged the gap nicely. An Oystercatcher flew onto the shore just below me and posed for the arty wave shot! 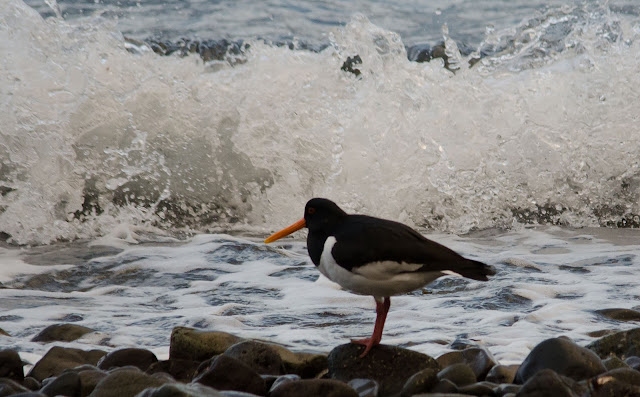 I could see brighter skies in the distance so I headed for the sun. I caught up with one of the two Lapwing that are spending the winter here... 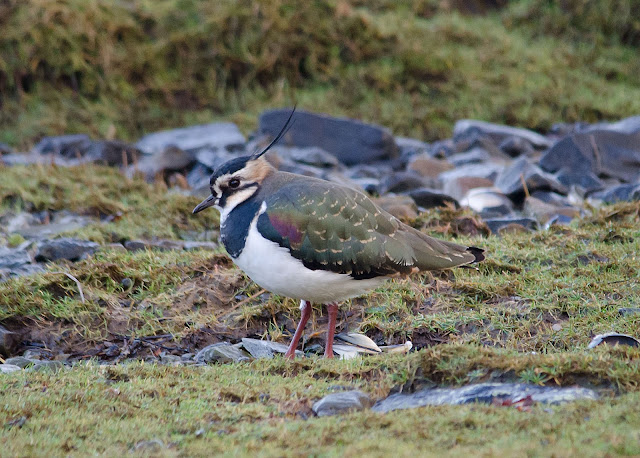 ...and a Red Deer in the shade as the sun warmed things up. 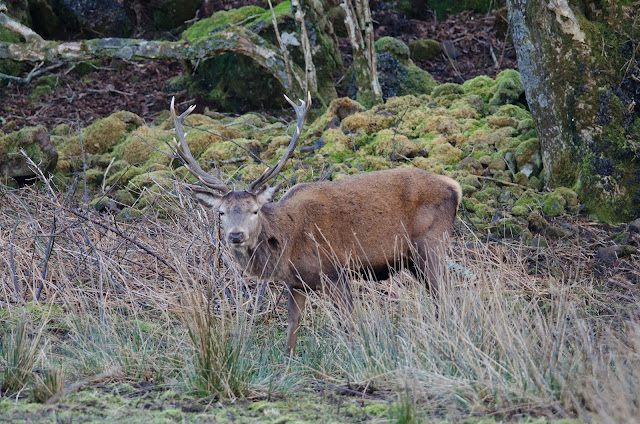 The temperature was up to 10 degrees so I had a quick look for Adders but there was, thankfully, no sign. Another WT Eagle picked up in the distance put some effort into giving me a good view... 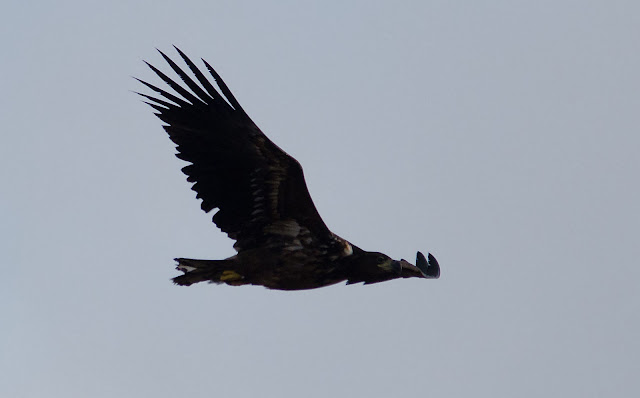 ...as it cruised past and off into the distance. 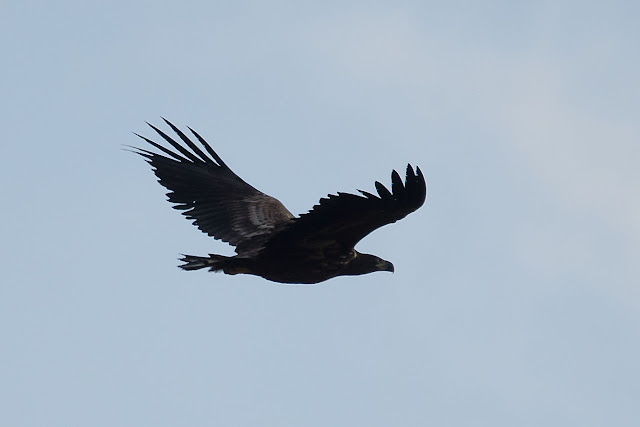 A good check of the loch was worthwhile as I picked up a couple of RT Diver, six GN Diver, three Kittiwake, twenty Razorbill, ten Guillemot and two Slavonian Grebe! That was just the first scan as I picked up an Otter and another WT Eagle on the second pass. 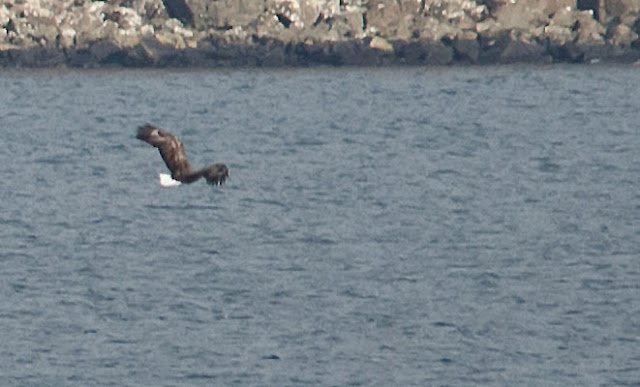 The cloud came back in to dull things down again but the sightings continued with another group of 7 GN Diver, plenty of Common Seal, another three separate Otters and two Woodpigeon (the first I've seen this year)!
Posted by Bryan Rains at 19:07

Love that lapwing. I have yet to see one in person; they seem so exotic to me.

Isn't everything exotic until you see it regularly? You can't beat wildlife for that sort of experience.

another great blog Brian, cant wait to go back up to the magical island in march :-)