I just had a quick run out today with no real intention of taking photos as it was lashing down again! As it turned out the first thing I came across was an Otter running across the road and as I pulled up another Otter was heading into the sea in front of me. A nice surprise, for sure, but you can see the raindrops - nasty weather! 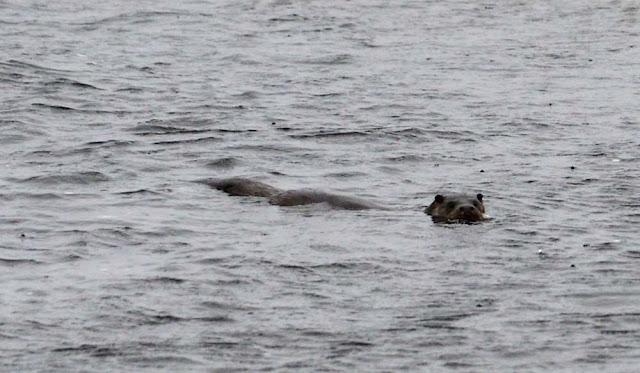 I couldn't go back home with just a few grainy shots so I went for more. A decent number of Great Northern Diver were on show but none of them close so this was the best I got. 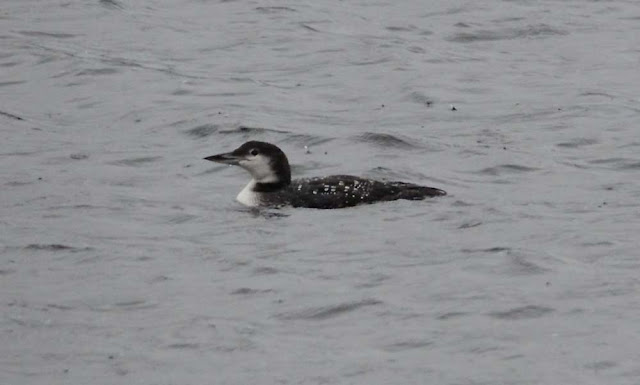 The rain was hammering down and I was all for heading home to put the fire on when I picked up another Otter. I watched this one fishing and with a good catch rate it wasn't going to be too long before it headed for shore - wrong! The fish it was catching were all small so it stayed out for a while.

Notice the rain in the photo above? It stopped...briefly, just as the Otter headed to shore with a crab. 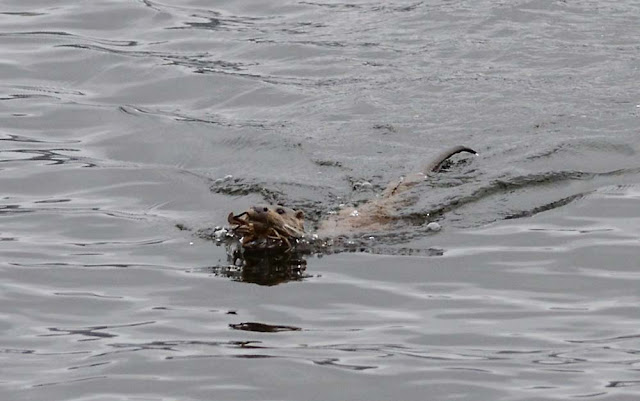 I had to stand and listen to the crunching of the crab being devoured as I couldn't view the place where it hauled out. I never got any closer to the Otter but there were a few distractions along the way. A flock of Greylags landed out on the loch with a lot of splashing and cackling, there were quite a few Red-breasted Mergansers flying up and down the loch too. 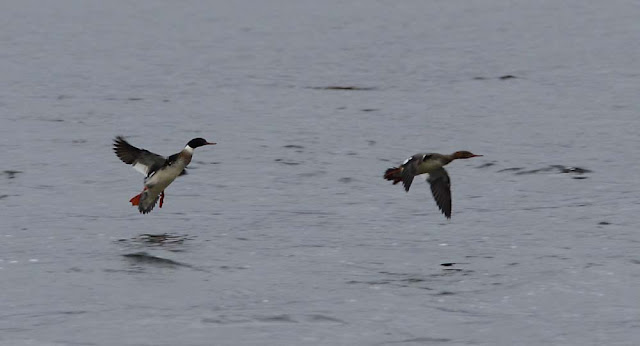 A single Dipper was calling and eventually revealed itself as it flew off, there was a Black-throated Diver well out and a Red-throated Diver in the distance too. The Otter came back out on the shore but once again it was distant. 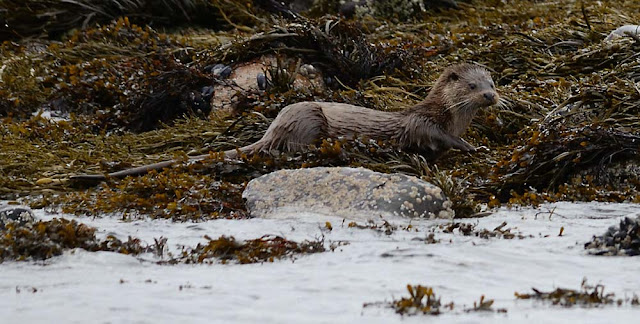 I could see the rain approaching again so I headed back to the motor and grabbed a quick snap of a very cheesed off Hooded Crow - could it get any wetter?! 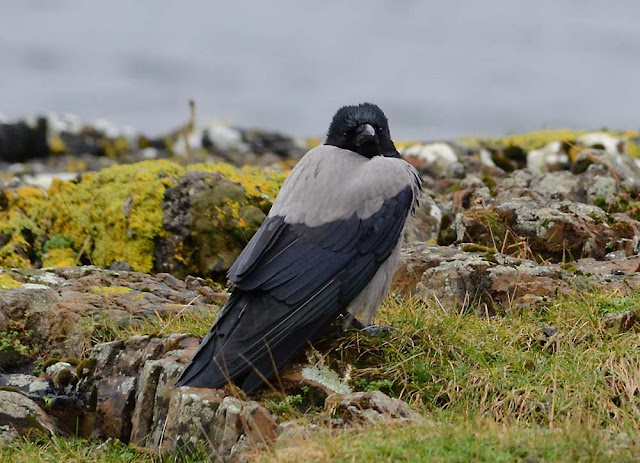 I managed to catch up with the RT Diver just as the weather hit again. It's surprising how dark they can look when the light goes. 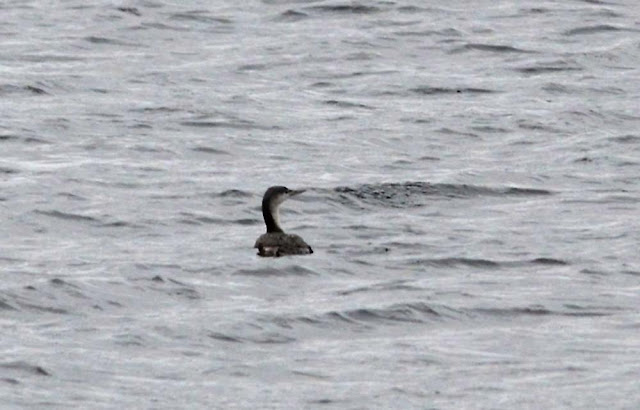