November out, December in.

A quick run out on Wednesday wasn't too bad. I started the day with a Whooper Swan outside the shop. 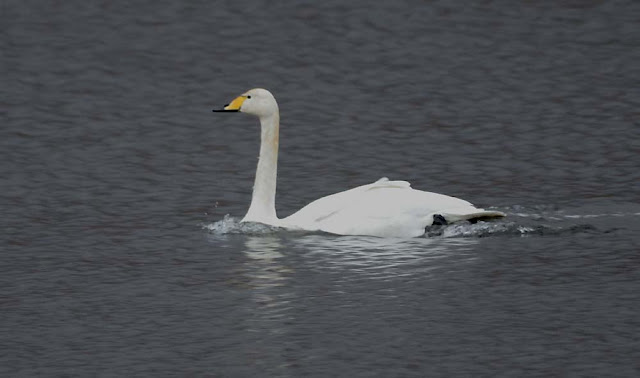 The wind was pretty savage so I didn't do a great deal but it's better to be out there than not. A visit to the beach produced six Turnstone, ten Ringed Plover and a mean looking Herring Gull. 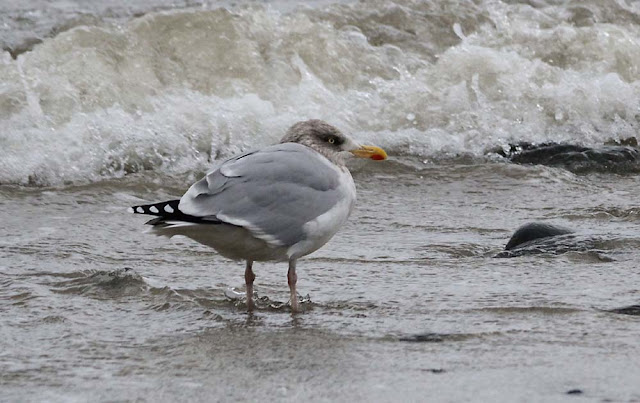 One of the Turnstones had a bath while the others carried on feeding. So that's November dealt with... 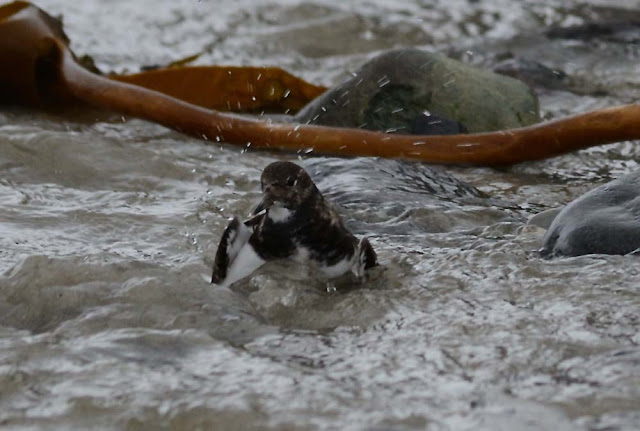 ...and on with December. The forecast was reasonable for the first of the month - it looked good just before the sun broke the horizon. 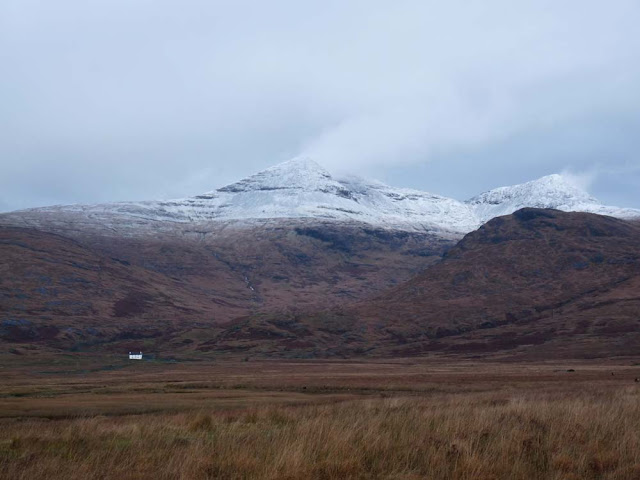 Typically, as I headed out the rain headed in but it gave nice light on these Red Deer. 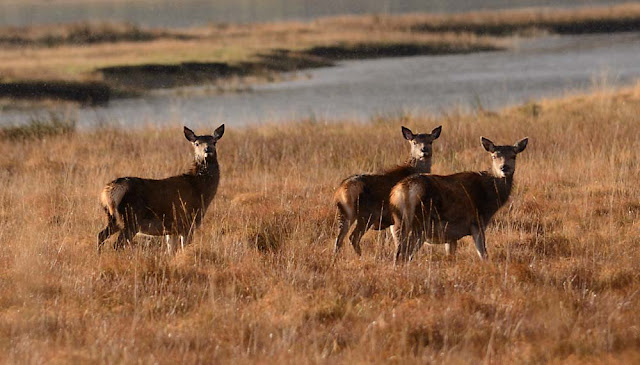 I had a look about while waiting for the weather to clear again picking up 3 RT Diver, plenty of GN Diver, 1 Guillemot, 1 Gannet, 10 Whooper Swan flying west and a group of about 100 Barnacle Geese. A couple of Hooded Crows posed nicely for a couple of minutes before heading down to the shore to forage. 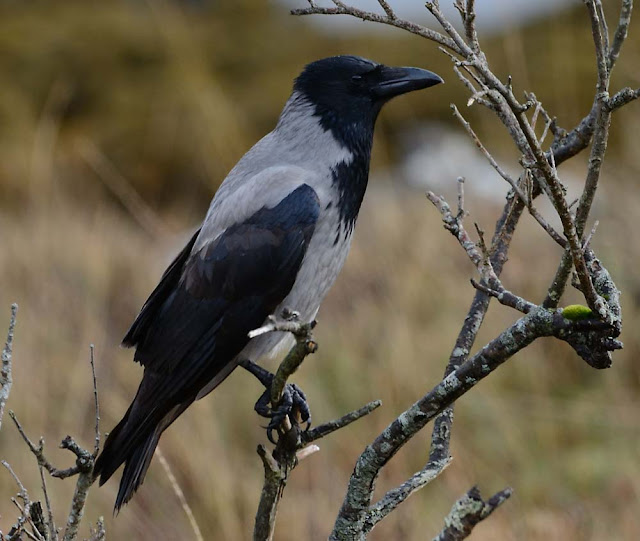 A couple of Common Buzzard photos next to show how variable they can be. A dark one first... 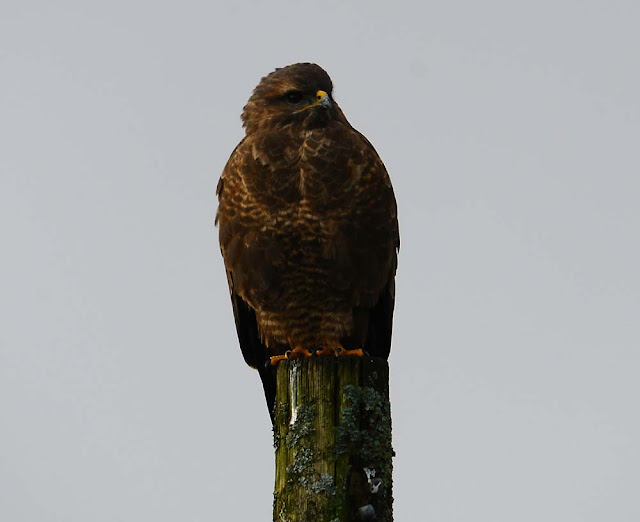 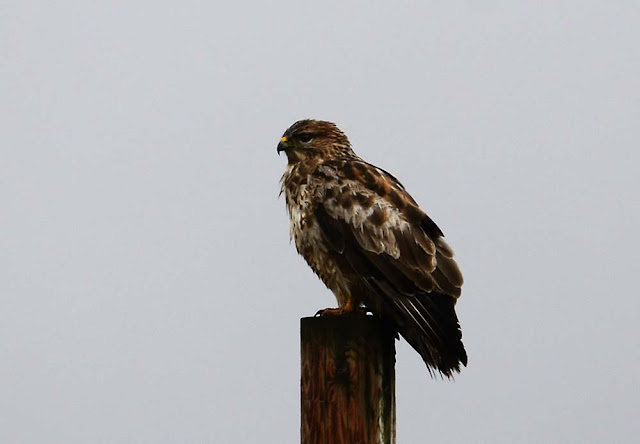 The last of the shower drifting over the hill looked quite dramatic too. 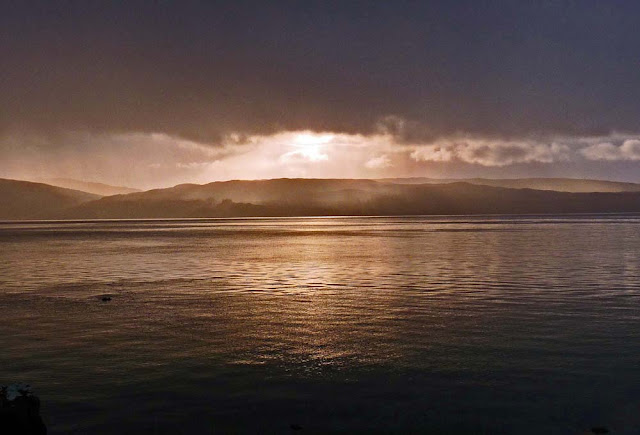 With the sun shining nicely I parked up and had a wander about. Plenty of things to see but some were hard to capture. Redwings and Blackbirds were not approachable at all, a Wren scuttled through the undergrowth before singing from a perch I couldn't see, an Otter was out fishing but the Great Northern Diver was the first performer. 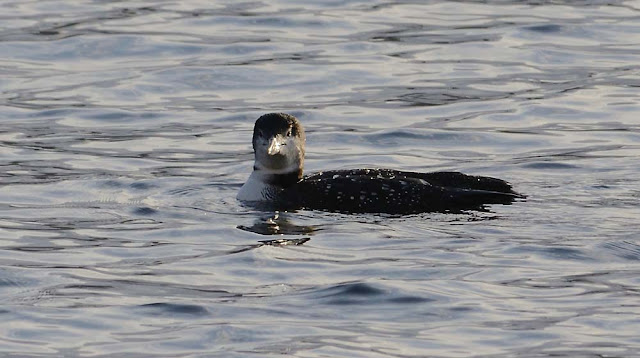 As I came to a stretch of trees I could see a few birds flicking about - Coal Tit, Blue Tit and Great Tit plus a single Goldcrest. I followed the Goldcrest until I lost it in long vegetation and a Robin popped out in it's place! The Robin was an easier capture as it fed along the shore before heading back to where it had appeared from. 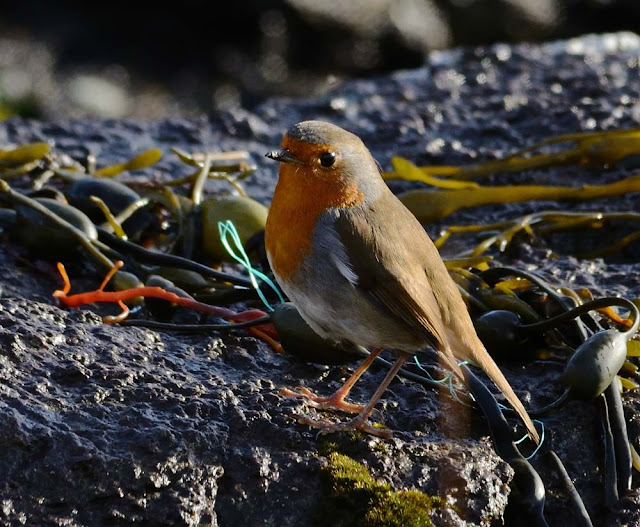 A couple of Shag were making their way towards me so I stood and waited. First one bird came ashore and then the other - sometimes you just want to be alone! 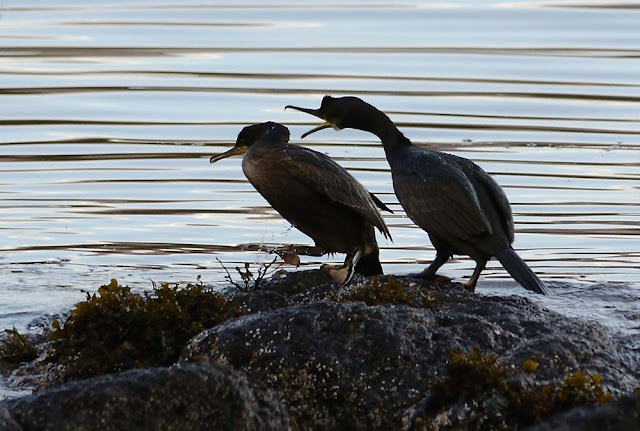 I found the Goldcrest again and attempted to get some shots as it flicked around the Ivy. It will come as no surprise to tell you that the best shot I had was of it's backside - I'm sure you'll settle for the blurry front side! 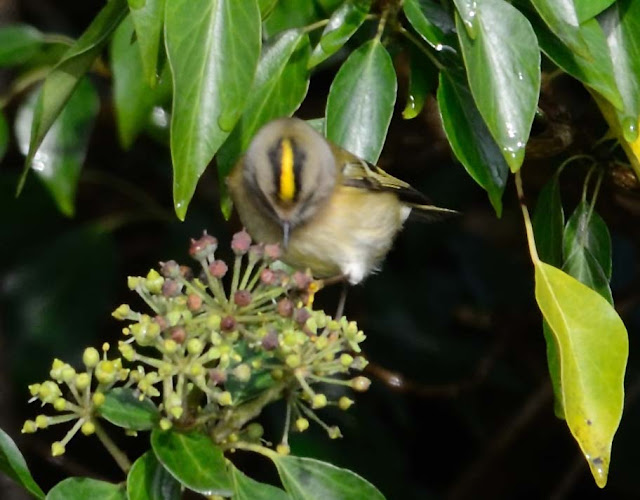 The showers were starting to come back through so I thought a quick change of location, to get an eagle fix before the light went might be nice. Two birds were sitting side by side on the ridge when I first parked up but as soon as I got out they were both in flight and heading away from me. I raced up the road a bit further to capture one just as it disappeared from view. A good way to finish the day. 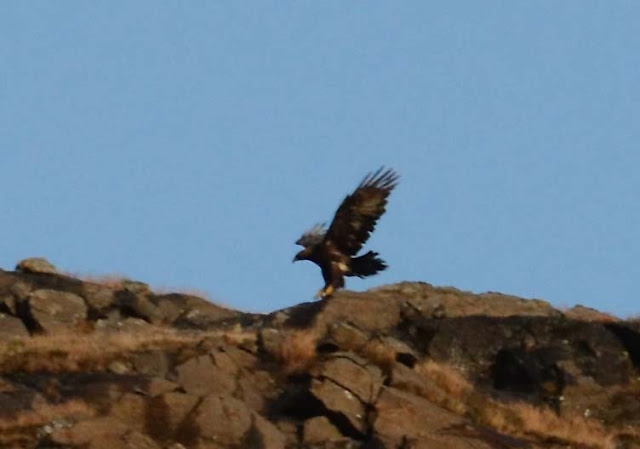