Monday I was out on tour, once again on the hunt for Golden Eagles. The rain was just clearing as we set off so we thought it would be a good time to get the big birds up in the air. The first stop was fruitless but the second port of call gave us a surprise find...driving up a forest track, half way up the hill we came across three Otters! There were plenty of Buzzards and Red Deer around and a couple of Hen Harriers to keep the interest going. It looked like there was more weather coming in so we had a quick change of location and hit lucky with an adult and juvenile Golden Eagle. A stunning rainbow appeared as the eagles drifted from sight. We moved out of the rain and back into better weather to find our fourth Otter of the day. 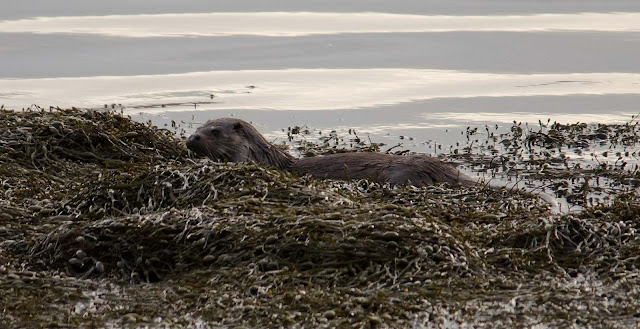 The Otter was always moving away from us so we moved on to a spot for lunch. A quick look round produced another Otter for the tally and the last one for the day. After lunch we spent a bit of time watching and photographing a Dipper. 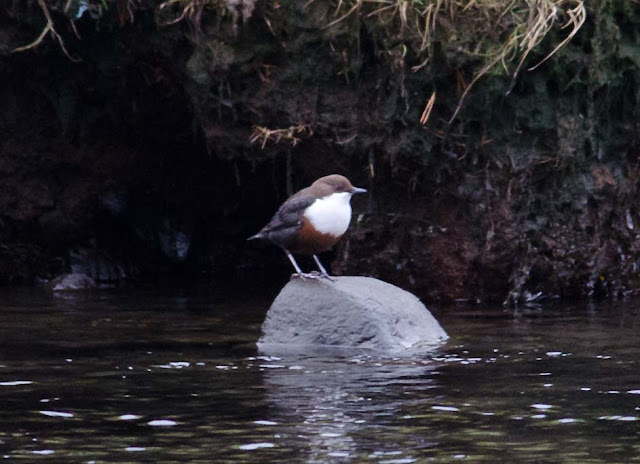 Scanning the ridges we located a large raptor in the distance so we headed a bit closer to be rewarded by closer views of two Golden Eagles. The wind was starting to pick up and the light was fading but we made the effort to attempt to find a Mountain Hare. We would have been happy with distant views in the conditions but our luck held and we got a close one - a handsome beast. 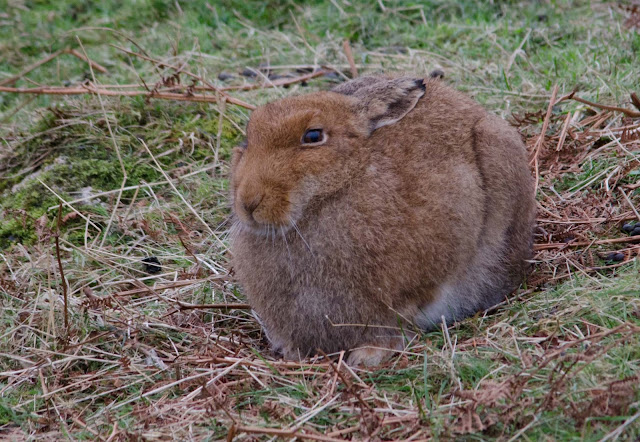 That could have been the last of the sightings but there was more to come. We found a spot to have an afternoon cuppa in the company of a few RB Mergs and an elusive Red-throated Diver. Just as we were packing things away I picked up two bird over an offshore island - Hen Harriers! We had good views of the male and female birds before they were joined by another male. You couldn't ask for a better way to finish a day.
Posted by Bryan Rains at 22:12

Sounds good, always a good day if you see Hen Harriers in my book!

Aye, there's not too many days when you don't see them up here.