Thursday was a little bit breezy as you may have heard. The worst of the damage was an island wide power cut and everything is back to normal now.
Saturday I was out on tour doing an eagle special. A request to see a wild Golden Eagle by Dan and a new experience for Kevin seeing Mull in all it's winter glory. It couldn't have been a better day after the stormy weather we'd had. The landscape was covered in snow with pockets of mist in the glens and a Golden Eagle perched on a rock amongst the splendour. 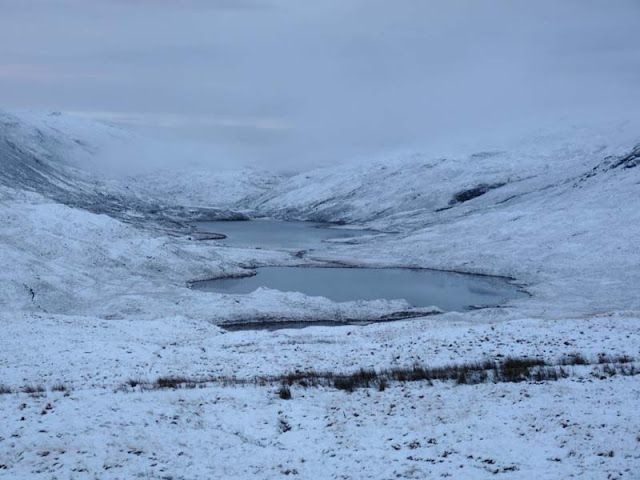 The idle bird just sat there and viewed it's territory so we moved on. A Kestrel at the next stop was the best we could manage but as we stopped to take in another stunning view we picked up another Golden Eagle sitting on the ridge. Once again we waited to see if the bird would fly.  A WT Eagle appeared over the opposite ridge and landed in full view. No reaction from the Goldie as it just sat and looked across. Another WT Eagle took off from the hillside and disappeared before the first WT Eagle followed it. 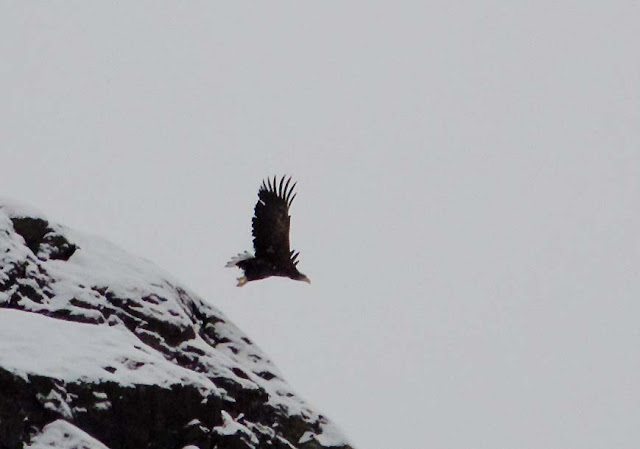 What did the Golden Eagle do? It took off and dropped behind the ridge! It was a bit chilly standing outside watching these birds do their thing so when they left we headed off for a warming cup of tea. Next on the agenda was to try to locate an Otter. A good look around the loch gave us plenty of Shag, a few Red-breasted Merganser and a group of five Great Northern Divers. A group of 10 Crossbills flew across the conifers but, typically, landed out of sight. We decided to move on and got as far as the first corner and there was an Otter swimming along close to the shore. A quick bit of reversing and a scramble across the rocks gave us some stunning views of three Otters.

The Buzzards were out in force, a few in flight, but most of them were hunting from poles. 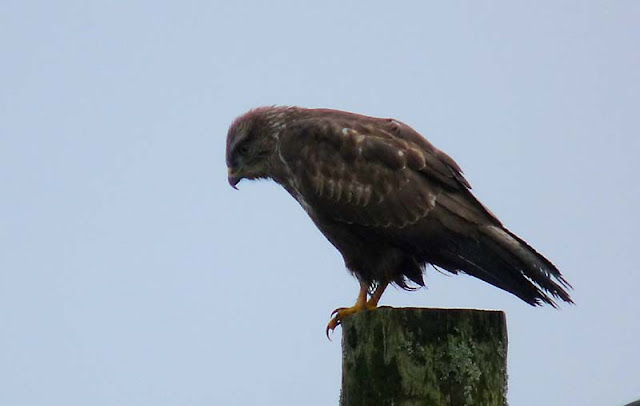 We were even lucky enough to see a few of them catch a vole. The rain started just as we were going to have lunch so we headed for a drier spot to eat. Once we found a nice spot beside a river and started lunch. There were a few Red Deer on one side, a nice male Wigeon and a young WT Eagle on the other. Once again the eagle was an idle bird that sat surveying it's surroundings. We had a bit of a laugh trying to photograph the eagle through the scope with Dans iphone. After lunch we found another eagle sitting in a tree in the distance. Our expectations were that this would be another WT Eagle but when we got into a better position it turned out to be a stunning Golden Eagle! 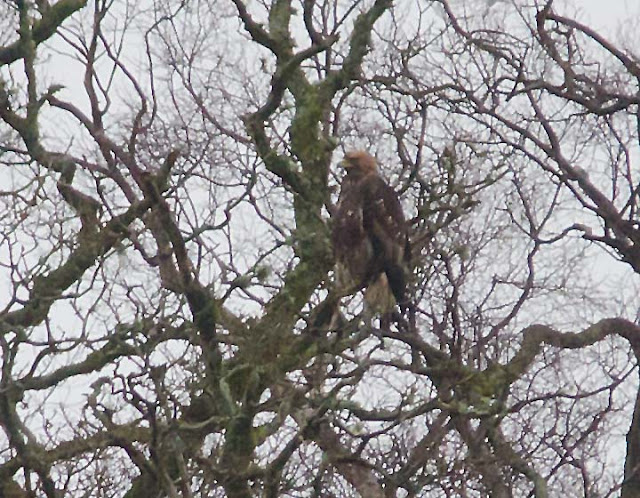 A superb experience of a winters day on Mull - job done!
Posted by Bryan Rains at 21:09

What a fabulous picture of the Three Lochs! OK, the birds are pretty good too, but I love that view!