I'm not sure what's happening in that photo - what is that blue stuff? The white stuff came from the grey stuff that's normally where the blue stuff is now and someone has polished the grey choppy stuff at the bottom to make it look like a mirror! I might be confused about it but I think I like it. It was that calm you could see the birds on the loch a mile away but something a bit closer would be nice. A search for an Otter was an easy one but despite getting well in front of it, it never came close. A Raven perched in a tree was keeping an eye on the attempt. 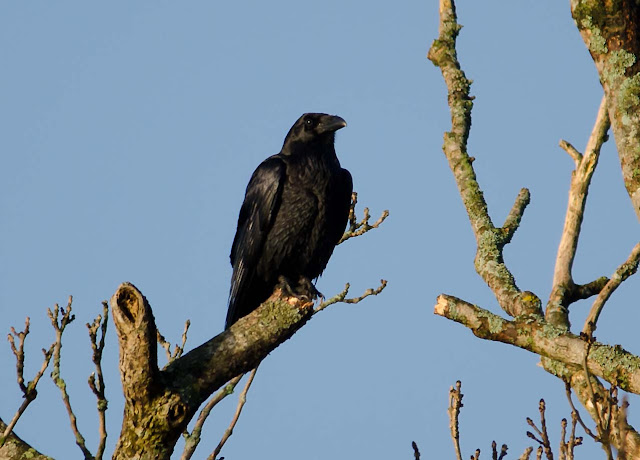 With the better light another attempt was made on the Dipper. A bit frustrating to start with as the Dipper stayed in the shaded areas but it got into the sun eventually. 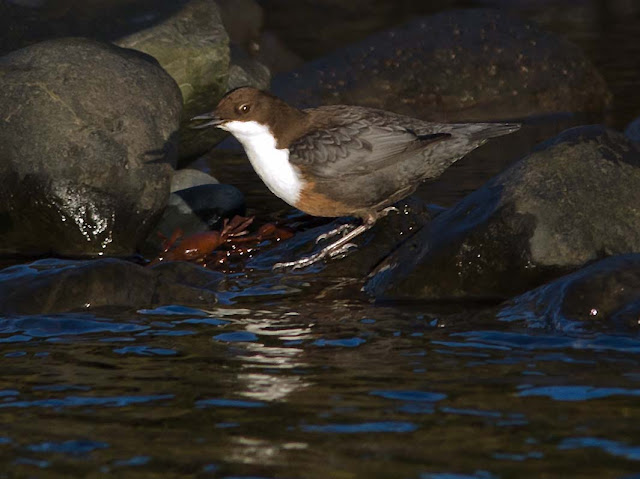 A WT Eagle flew past while waiting for the Dipper to perform. 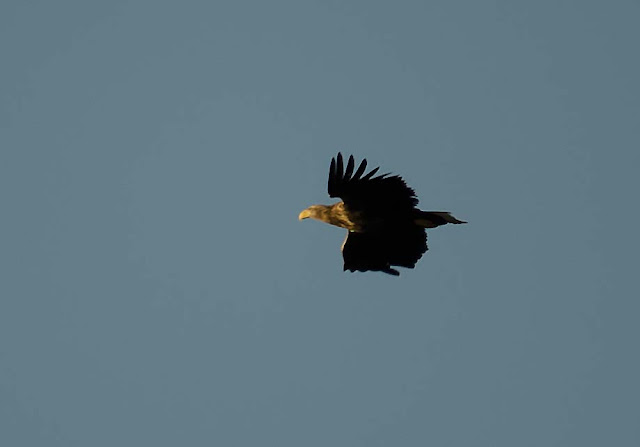 Surprisingly the weather turned quickly, the cloud rolled in and the threat of rain was there. Three Otters were seen sleeping on a rock so a change of plan was in order. Chasing the light seemed a good idea but it didn't help with the sightings. Another hour closer to sunset and the only poser was a Red Deer stag. 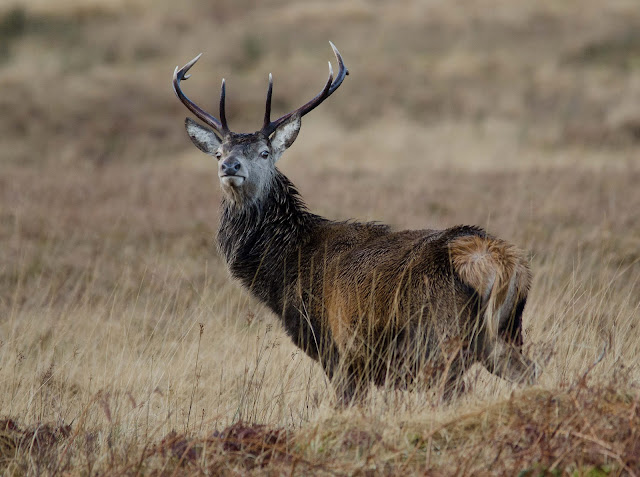 A site for Golden Eagle might have been worth a go but checking on where the three Otters were was a good call as they were on the move. A quick dash down to the waters edge gave some excellent views and some photos too. Here they are watching the traffic go by. 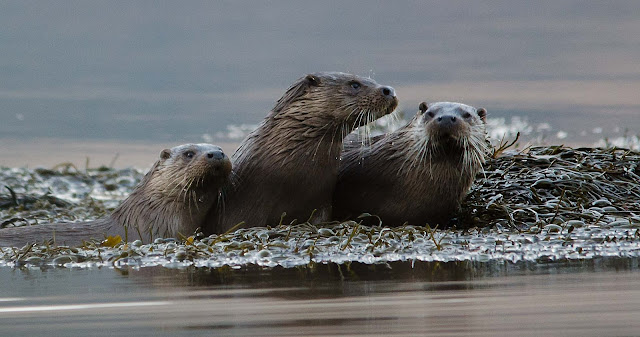 The Red-breasted Mergansers were not too far away and the males were displaying.

The Otters were feeding well - I like the spray of water as this one chomps down on the fish.

One last effort for the day was to get a look at three Golden Eagles (cheers Janis). The birds were found easy enough but a combination of the rain starting and the late hour had the birds heading off before too long. 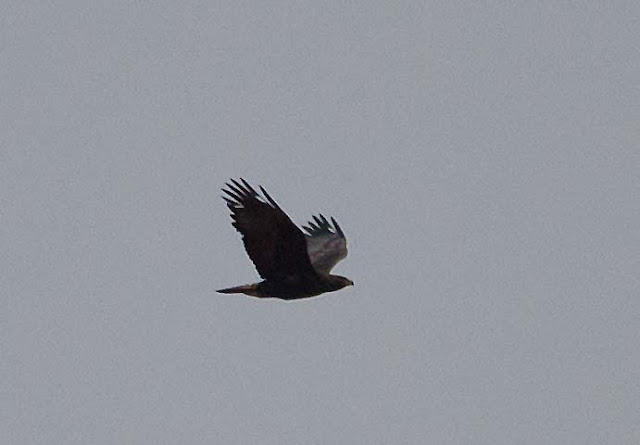 Excellent photos, love the dipper pic and pattern on the swings.

I just realized that the new photo must have been taken from the same spot the photo at the top of your page was. It's just a bit closer up... so it gives a kind of double mirror image.

Cheers lapland - it took some getting that Dipper.

Wendy - best view on the island. I'm not biased, honest;-)

Fantasic shots Bryan, me and Jan love the first one (a rare weather condition) and the 3 Otters.!