What more could you want? I'll have to put some effort into photographing something different but it's never that simple! I did attempt to digiscope a Curlew... 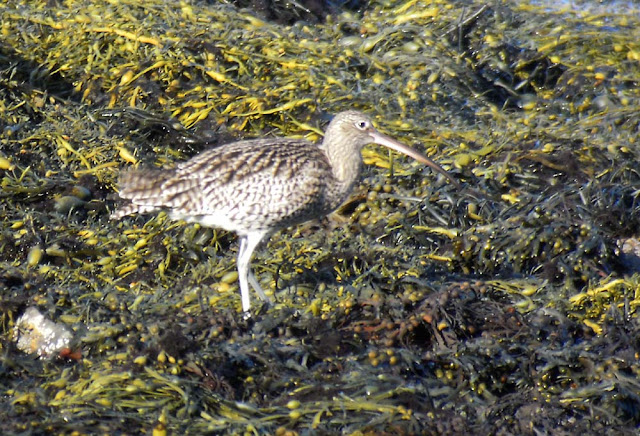 ...but I was a bit distracted by the three Otters in the bay that were peering at this WT Eagle. The young eagle blended in extremely well... 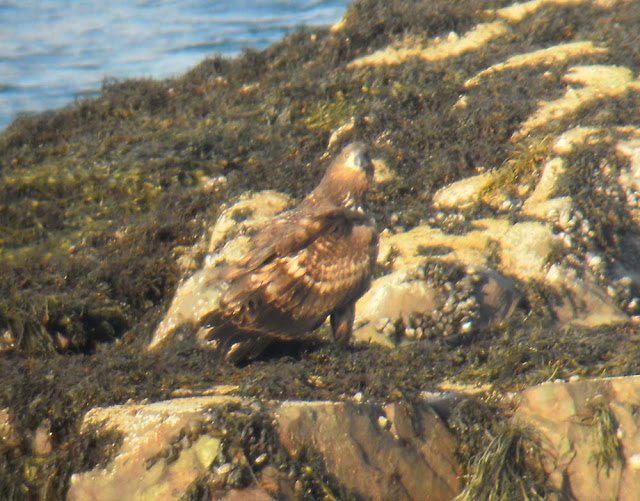 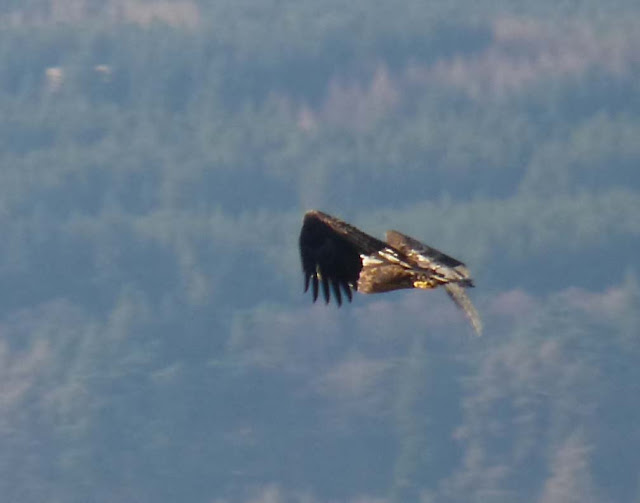 The three Otters just kept on trawling the sea for more fish.

As you can see from the photos the weather hasn't been too bad up here the last few days. The days are quite short though and the light can go quickly. Out on tour on Tuesday and it was a bit of a struggle for the big stuff initially. One request was for a good view of Redwing. I'd seen plenty of flocks as I was heading to pick up the guests but nothing except birds in flight with the guests on board! We eventually located a flock of 150 or so Redwing, including 3 Fieldfare and about 20 Blackbirds, that showed well. A distant WT Eagle was seen briefly before we bumped into this one. 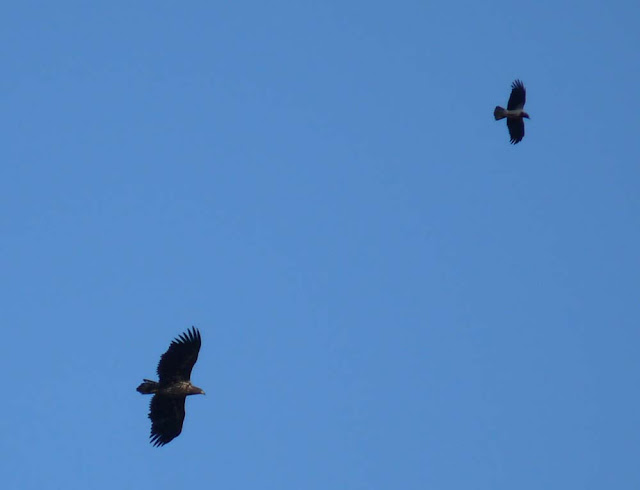 Half decent views of an Otter next but the low sun was spoiling the view. Another Otter was picked up in better light but it gave us the slip as we were also looking at Black Guillemot, Goldeneye, RB Merg and GN Diver. The loss of the Otter was soon forgotten as an adult WT Eagle flew over and then turned into the wind with legs dangling to land on the rocks - superb. Another Otter showed really well at the next stop. Every time this one surfaced it rolled over. 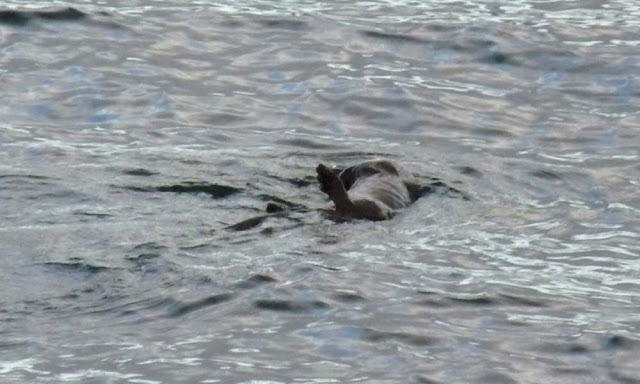 A good view as it came ashore too. 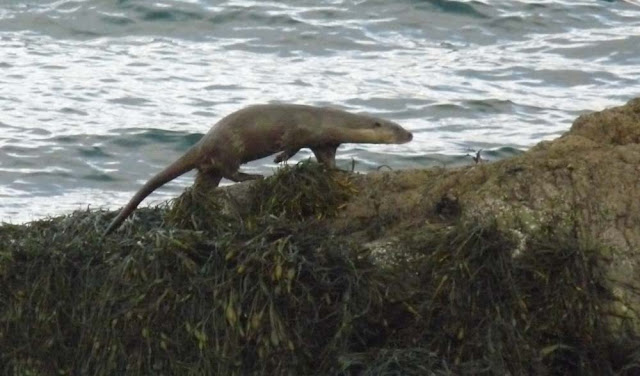 A couple of stops for Golden Eagle produced the goods as we had one bird perched on the ridge and another in flight. 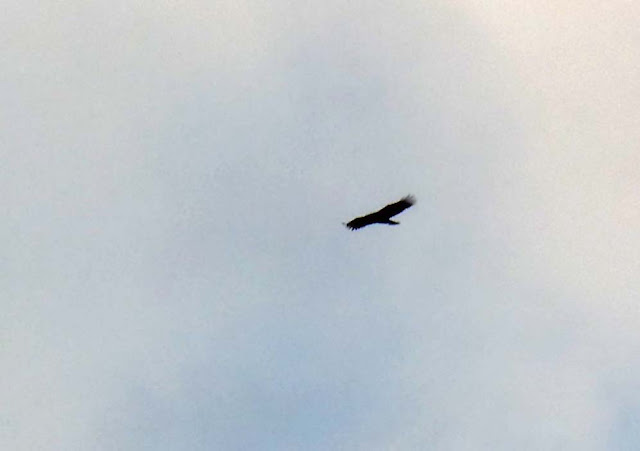 We'd already had a couple of sightings of Hen Harrier and we managed one more at our last stop of the day. There were plenty of geese on show with the usual large flock of Greylags holding a single Barnacle, 3 Canada and ten Greenland White-fronted Geese.
Posted by Bryan Rains at 09:45

Great shot of the WT on the rocks. Super encounter.