Another day of grey skies but no rain in the morning. As I type this the wind is howling and the rain is lashing off the windows - brrrrrrrrrrrr. As there didn't seem much point in going too far today I had a quick scan outside the shop picking up the usual Teal, Turnstone, Ringed Plover, Redshank, Greenshank and Little Grebe plus an adult WT Eagle. I kept my eye on the Eagle in the hope it would fly a bit closer as it was about half a mile away. Half an hour later the bird was in the air and heading my way. It had it's eye on something as it came back to earth with talons at the ready. 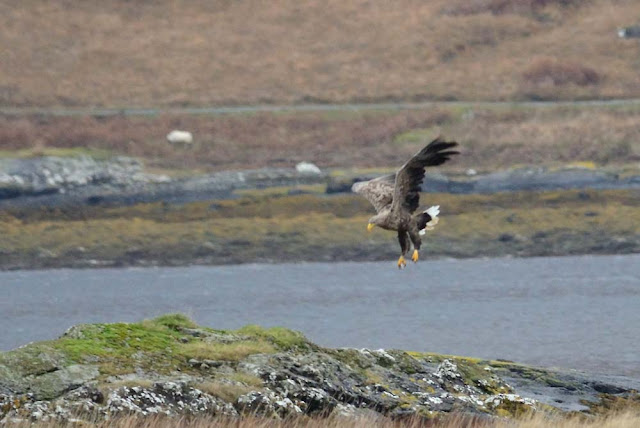 The prize it had collected was a half eaten carcass of a Mallard. I watched as the Hooded Crows harassed the raptor as it ate it's meal but when I took my eye off the proceedings the WT Eagle flew off! Not a great deal else to photograph so I pointed the camera at the cat - you can see he is not impressed at all! 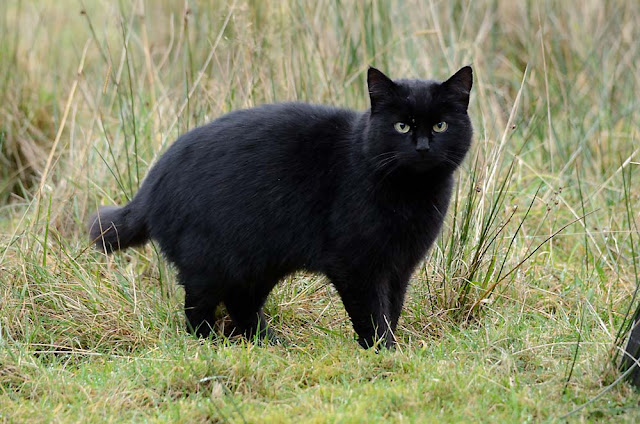 As I headed for home I took a quick detour and picked up two adult WT Eagles gliding into the strong wind. It was good to watch the interaction between this pair as they moved along side by side, looking at each other. 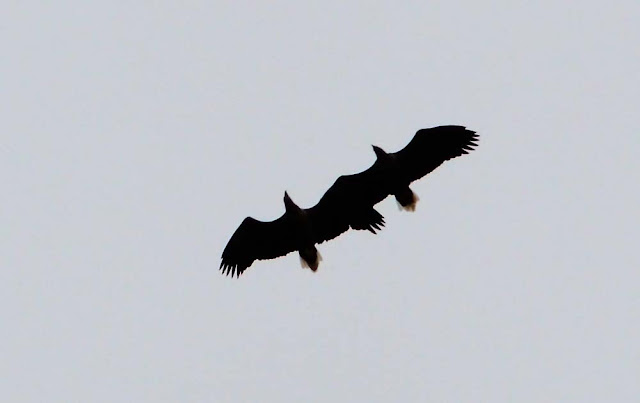 do you think an eagle would go for a domestic cat? love the blogs, miss mull a lot

I'm pretty sure they take feral cats but domestic ones would have to wander a fair way to end up as eagle bait.