Two days, two stories, no photos! First day we started of with the two, now fully grown, flightless, WT Eagle chicks and then had the adult fly in within two minutes of setting up. Being a very pleasant day we saw nowt for ages after that! We did find a pair of antlers sticking out of the Bracken that may have been attached to a live animal but it was difficult to tell. Slow Worm, Adder and a Golden Eagle brightened things up considerably. Another two Golden Eagle (good) that couldn't get away quick enough (bad) and a Reed Bunting set the pace for the afternoon. A couple of Mountain Hare and a male Hen Harrier were good finds. We also managed to relocate the antlers we'd seen earlier this time with a full view of the attached beast. Brimming with confidence now I retrieved the card from the spycam to find a stunning photo - see below. 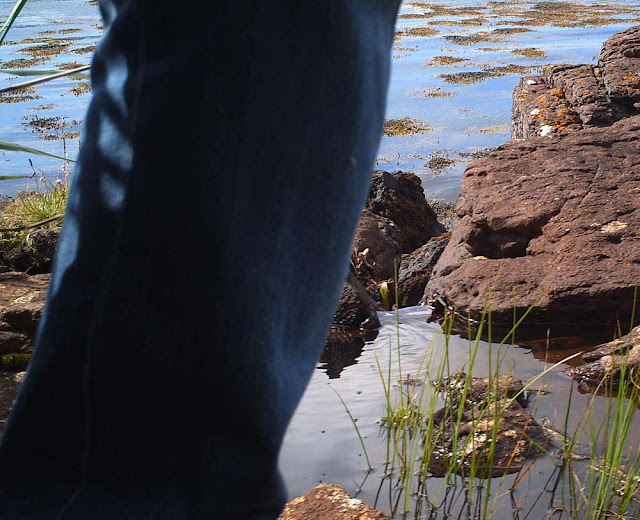 We finished the day off with an Otter and a Spotted Flycatcher - typical July fodder there!
Typical July weather the next day - low cloud, rain, wind - a bit summery then! The weather was due to get worse through the day so we were looking for a good start. Ten minutes in and we had an Otter, a Hen Harrier flew past us and two Great Skuas frightened the life out of the Curlew and gulls. Next up was an adult WT Eagle perched up plus the two youngsters on the nest.
Guest - 'One of those in flight would be nice'
Me - 'It could be a long wait'
Guest pointing over my shoulder - 'What's that?'
Me - 'That'll be one of them WT Eagles in flight!'
The rain started after that but we ploughed on with the common birds and still finished up with a good tally of birds at the end of the day. We also checked through the spycam shots from the previous night...An Otter passed through... 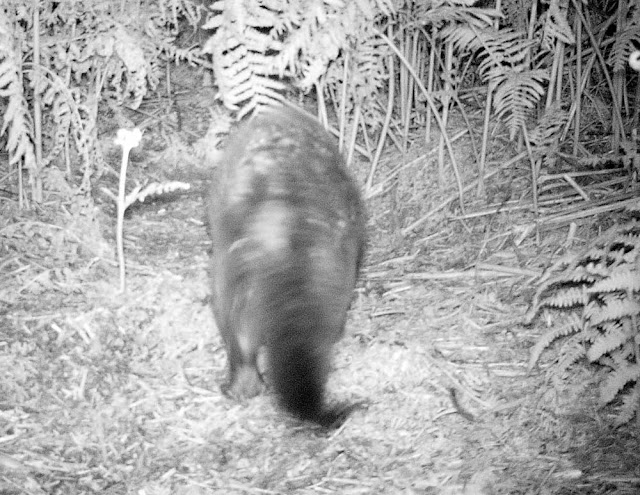 ...then came back again. 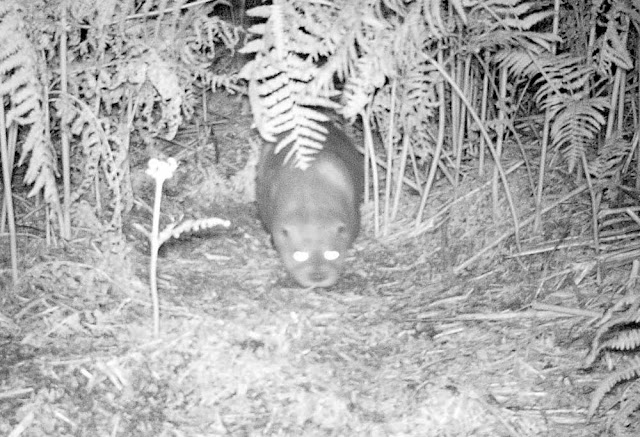 A few hours later another Otter poking it's head through the Bracken. 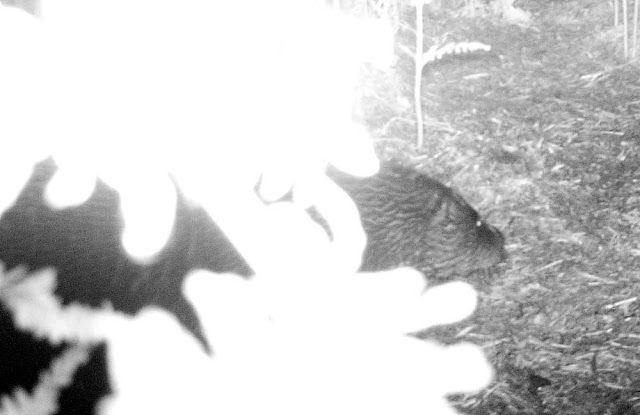 Must remember to set it on video mode next time.
Posted by Bryan Rains at 21:55

I love the short sighted otter in the middle spycam pic - those are obviosly specs perched on the end of its nose!!!

We had a great day with you Brian! Your tips on where to look were brilliant: we visited the eagles a couple more times & think we saw Stumpy & the missus in flight. Also had excellent view of an otter hauling out, grooming thoroughly then hunting. Can't wait to come back! Thanks for a perfect introduction to Mull. PS is the pig we saw the piglet's mum?