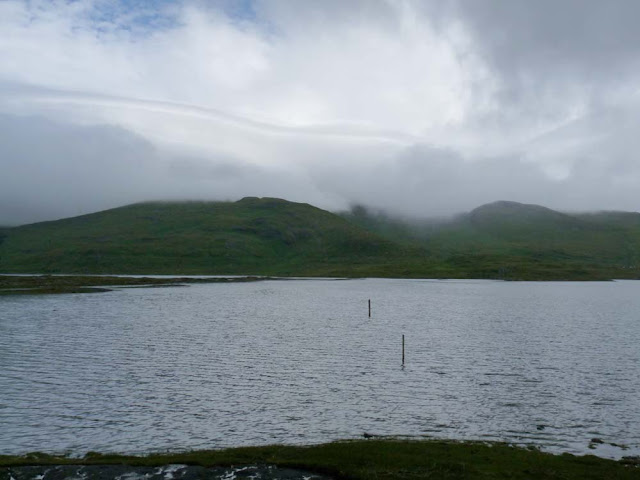 What we lacked in quantity we made up for in quality. We started with a WT Eagle in a tree... 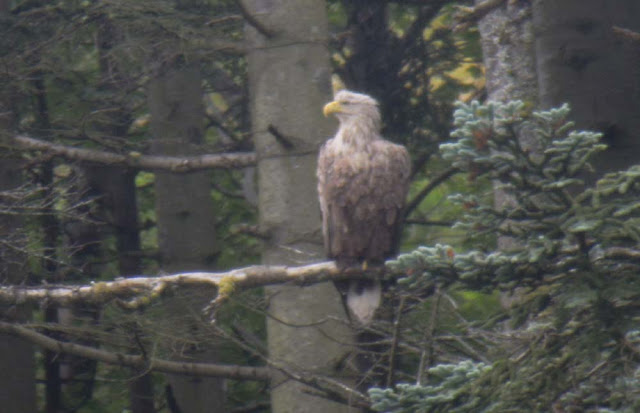 ...and watched it fly off as we viewed the youngsters in the nest. A slow crawl along the loch gave us an Otter that came ashore as we pulled up. It was soon back in the water for more fishing so we waited to see if it would come ashore again. We got lucky. 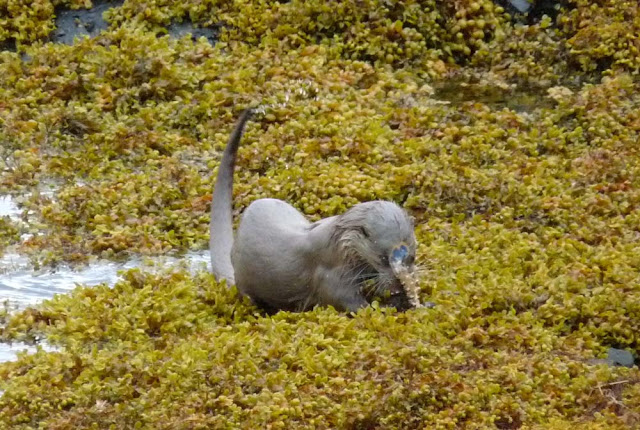 If you thought Star Trek was just a TV programme then you'd be wrong - is that not a Klingon Otter? Anyhoo, the lobster was very nice and it took a while to devour. 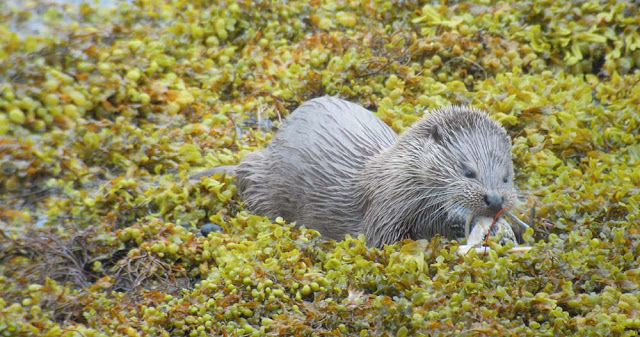 Once again the weather started closing in after that but we tried to stay in the clear. A male Hen Harrier gave us some distant views and then it went a bit quiet. Red Deer, Common Seals, Lesser Redpoll and Slow Worm kept us going. We had a look for Golden Eagle but had no luck. Five Dunlin and a single Ringed Plover were a good find. 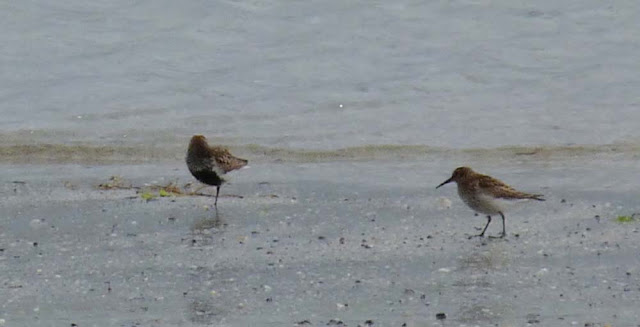 We took in the Mountain Hares in sunshine before we headed back in search of the Golden Eagle. We set ourselves up for a long wait. First off - a cup of tea. We waited and scanned around. Plenty of Buzzards, a Kestrel and Hen Harrier all showed but no sign of their larger cousin. It was getting close to leaving time and a shout went up, we looked, checked and we had another Buzzard. It dropped out of the sky and strafed the ground below and something big and black moved. I put the scope on the point where the Buzzard had stooped and found a golden head sticking up. It was a Golden Eagle but not the best view so we headed closer. We didn't have to wait too long and the bird was in the air to give pretty spectacular views. 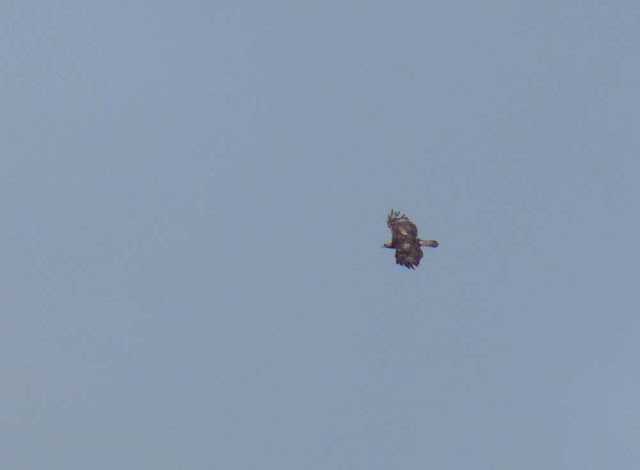 Well done Bryan,think your knowledge gets you mostly more or less in the right place.Always amazed how you find the adders so often.