Another month comes to an end but the sightings remain good and, as you know, every day has been different. The last two days of June provided some surprises and not all good! A bit of a tough one on Wednesday as the top priority was Golden Eagle and we struggled. We started well with an Otter before we had everyone on board. The WT Eagle chicks are really looking the part now as they find their feet and do some wing flapping. It's going to be a bit of tight squeeze in there if both birds want to flap at the same time! We managed to locate another Otter to get everyone on to an equal score - phew! A Golden Eagle put in the briefest appearance and not enough for the folk that saw it to be sure it was real. No such problem with the male and female Hen Harriers that flew around or the stunning male Lesser Redpoll that was picked up while we watched the family party of Whinchat. We decided to put some effort into getting the Goldies so a change of location and a bit of waiting around finally got us two birds in the air together. Another good finish with a Corncrake heard, a few Mountain Hare and a Redshank with a youngster.
Thursday provided the same problem with the Golden Eagles. It was a fine enough day with a bit of a breeze blowing that kept the midges away. Corncrake and Mountain Hare were on the list early doors and Rook was the only thing I managed to photograph! 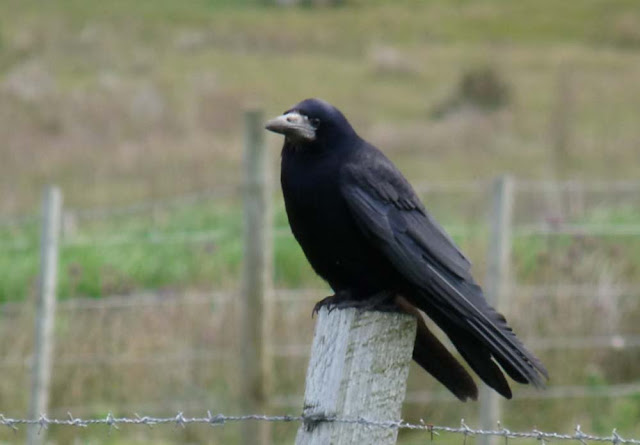 Crossbill and Buzzard were the best we could do as we had our first attempt at the large raptors. A female Hen Harrier showed well and a frustratingly brief Golden Eagle was overshadowed by an Adder and a Slow Worm. No sign of any Otters and no sign of any large raptors taking to the skies - a call was made for everybody to stay cool, it'll happen soon! Our luck changed in the afternoon when we found a skulking Otter that was a real struggle to get onto but all that changed as two Otters exploded over the top of a rock. They caused a real ruckus as they tumbled over the rocks chittering loudly. It was a male trying to get the attention of a female and she wanted no part in the matter. Certainly a nature in the raw moment that one. Another Otter was seen in more serene conditions before we viewed the WT Eagles. There was still the pressing matter of Golden Eagle to sort out. A last gasp effort had some of us viewing a Golden Eagle flying along the ridge and a change of location to relocate the bird doubled the sight as we picked up two birds sitting on the hill. The close view of a Red Deer stag was a bonus as we headed back to base. 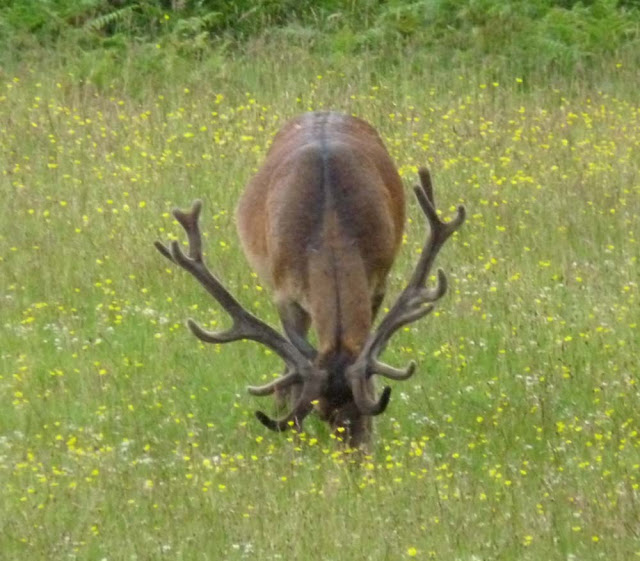 It all comes right in the end, I guess. I'll leave this post with a snap taken this morning. 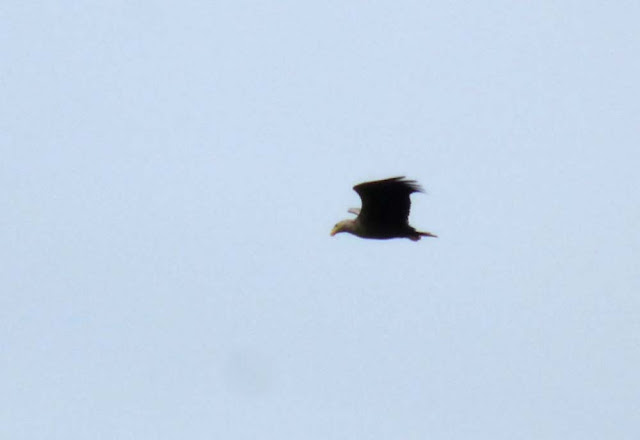