I'll not bore you with the details of my days off as there wasn't much birding going on! I did watch this female Linnet collecting wool to line it's nest... 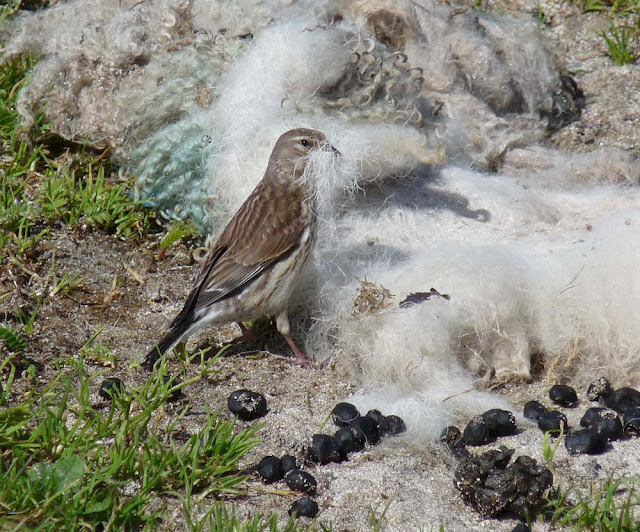 ...while the male just browsed the surrounding vegetation. 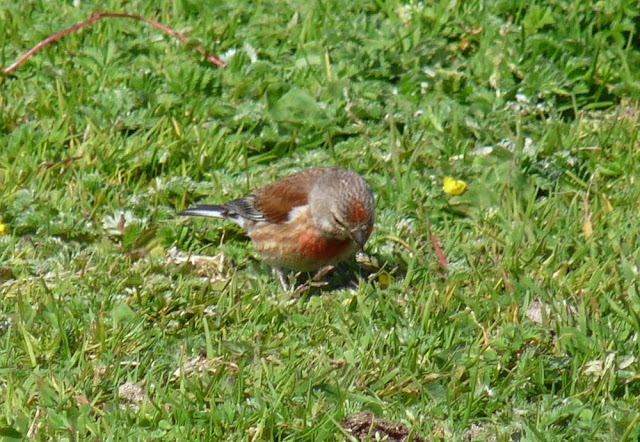 I also discovered a Ringed Plover sitting on it's second clutch of eggs - nearly stood on that one! 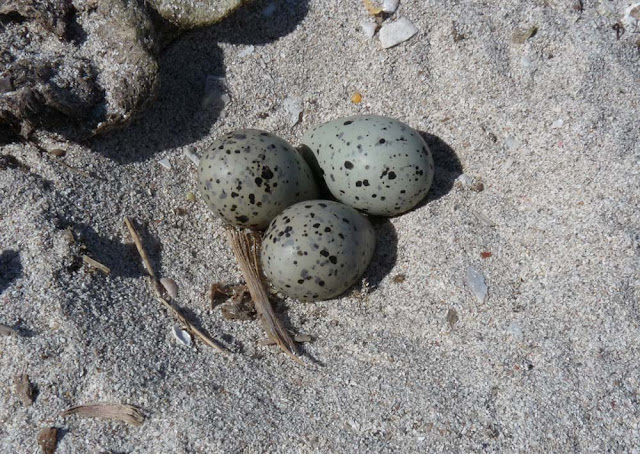 Tuesday I was back in action in good weather. It was nice to see that not much had changed out there. We found a Great Northern Diver not long after we set off. 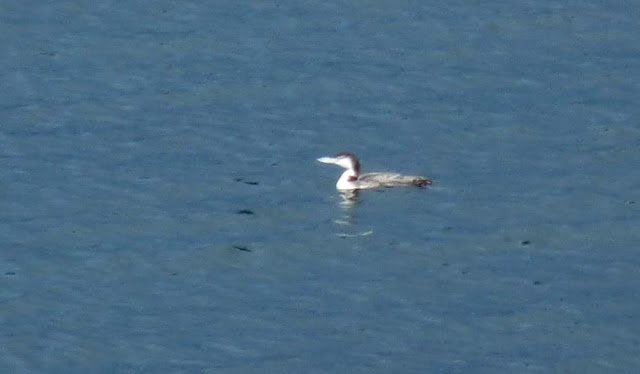 The Otters were a bit elusive to start with so the WT Eagle at the nest was a welcome sight. A couple of Golden Eagle put in an appearance too but one of them dropped out of sight as a bunch of Ravens came in to see them off. Cracking views of this bird as it was chased over the top of us. 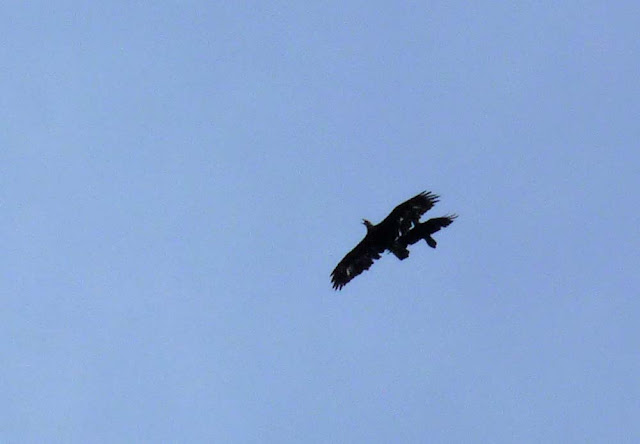 A Sparrowhawk drew the attention of the local hirundines while a Whitethroat was singing away in front of us. 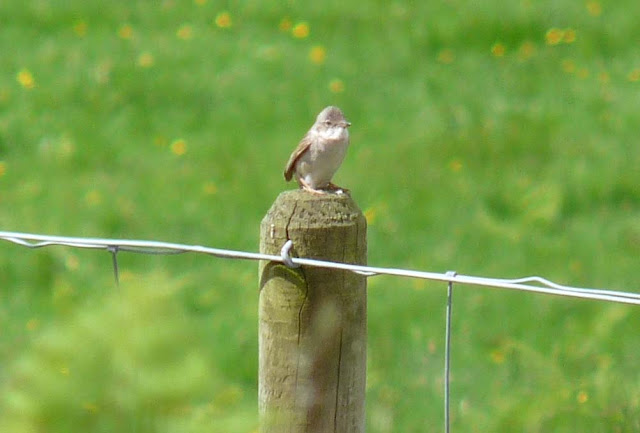 We eventually turned up three Otters so we ate lunch while we watched them having theirs. A couple of Hen Harrier at our next stop were a joy to watch and the Adder was added to list too. 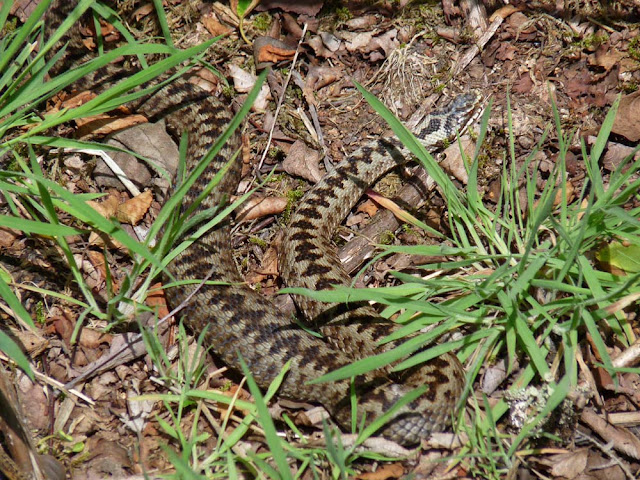 A round up of the flowers through the day was certainly enhanced by the addition of the Melancholy Thistle. 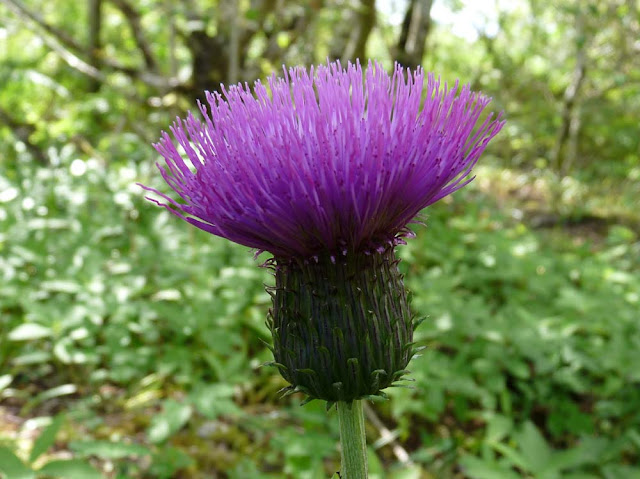 Another couple of Golden Eagle, another female Hen Harrier, Whinchat and Stonechat both with young and Wild Goats too. There is a lot more that hasn't been mentioned but not everything wants to be the start of the show. 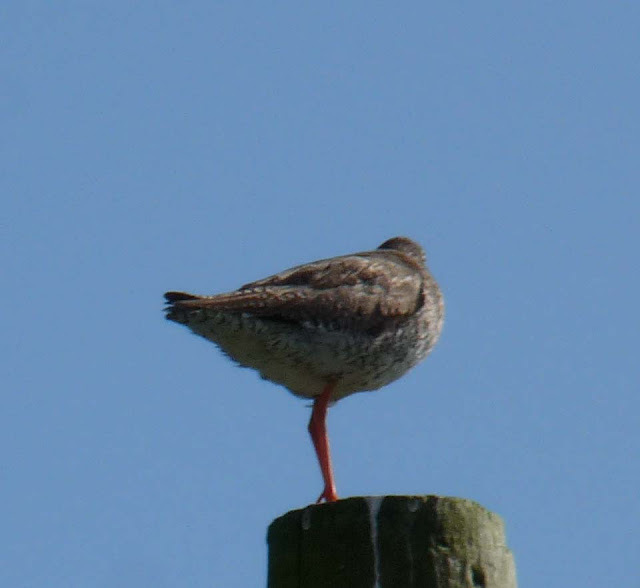