Monday was a cloudy start but not enough to spoil things. The guests had requested the usual eagles and Otters plus Hen Harrier - no surprises there! We started the day with the WT Eagles and a distant Otter - nearly there already. Another location and our next Otter but still too distant for photographs so we moved on after watching this one through the scope on the shore. We struck gold with the next sighting as another Otter gave us the perfect opportunity for a close encounter - not that easy with a crowd of nine people! We were just in position when the Otter surfaced and headed for shore.

The Otter had spotted two people watching it but hadn't noticed our crowd of nine so it headed straight for us and came ashore with it's prize Crab.

A real top day and we'd only been out for an hour. Two Golden Eagles gave a superb display while a couple of Red Deer browsed the hill beneath and we searched out Early Marsh Orchid and Great Sundew. Our next stop gave us a couple of birds that are not that easy to see - two Bullfinch and a Spotted Flycatcher. A nice male Adder was a surprise find... 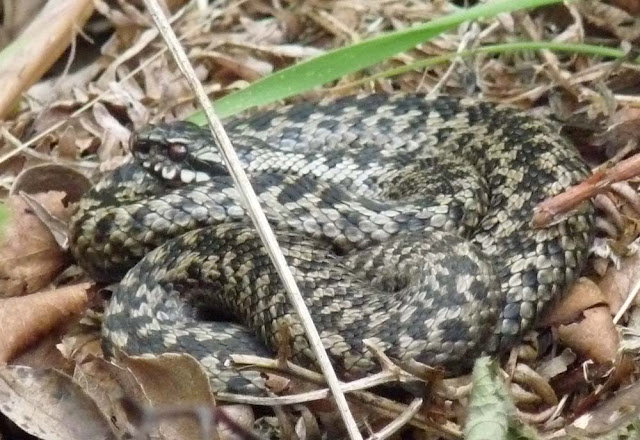 ...and we completed the requests when a female Hen Harrier graced us with it's presence. The Northern Marsh Orchids are coming into flower all over the place but we struggled to find a safe spot to stop and get a closer look. 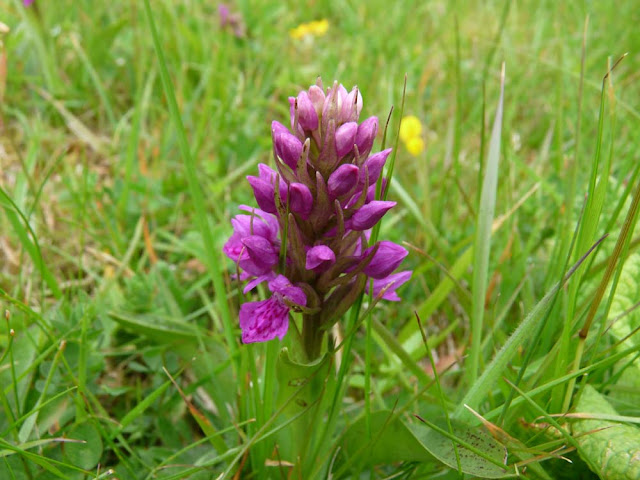 We had a good finish to the day despite the lashing rain that appeared from nowhere. So the Ringed Plover, Cuckoo and Mountain Hares were all welcome sights.
Mondays weather wasn't too bad and we didn't see any rain! With some major roadworks going on at the moment we made a point of trying to avoid any hold-ups on the single track roads and also to pick up the 'main attractions' as soon as possible. We picked up an Otter pretty quickly but it soon gave us the slip so we moved on to the WT Eagles. We had both birds present and watched the chicks too as they peered about. A single adult Golden Eagle was watched carrying a Mountain Hare to a plucking stand. A young Golden Eagle showed well in another area before we got cracking views of some Red Deer. 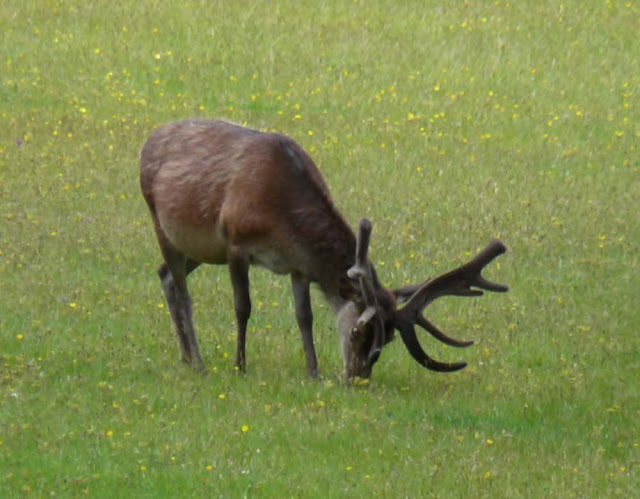 Two Adders, a Slow Worm, another Golden Eagle and a Whinchat helped us pass the time while having lunch as did the opportunity to get a photo of a Small Pearl-bordered Fritillary. 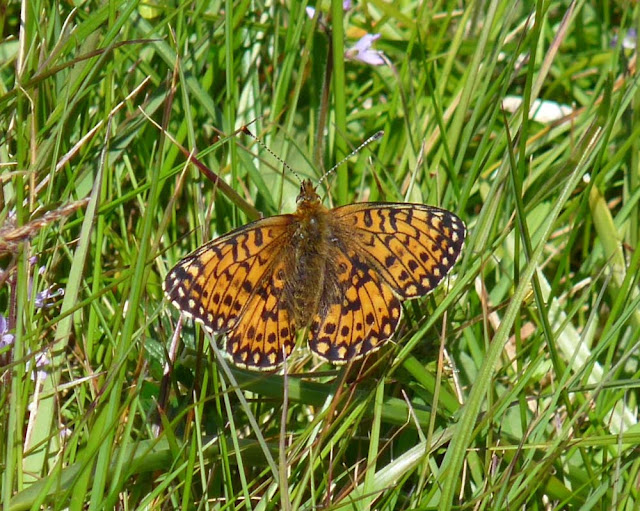 We managed to dodge the roadworks and get a superb finish to the day with a close encounter with a female Hen Harrier... 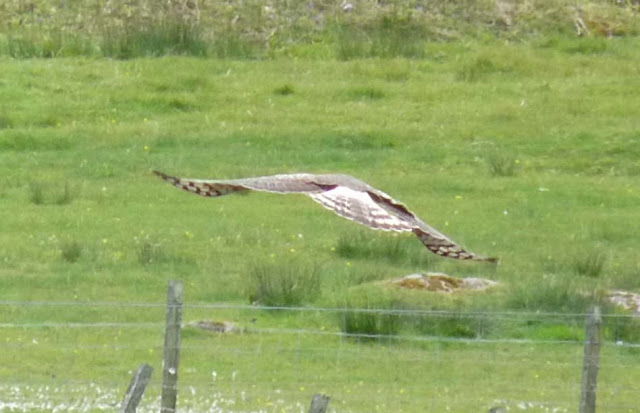 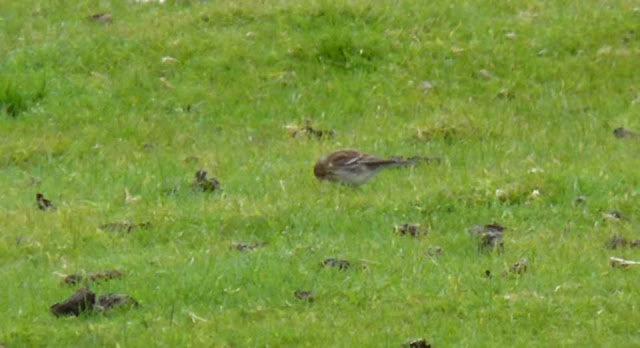