Friday was a sunny day and a bit tough on picking up the wildlife. We started the day with a fly past Peregrine and a fly over Red-throated Diver. We had seen some of the commoner birds along the way but the camera hadn't seen any action - piglets will do to see if the camera remembers how to work!

The wee pigs are nice to see but they stop everyone from looking for things. The heat was building up but we kept plugging away picking up Lesser Redpoll, Siskin, Bullfinch and a trio of Common Lizards. A search for Otters didn't turn anything up but the WT Eagles made up for that. We had to stop to get a better look at a sunbathing Grey Heron as we had another attempt at the Otters. 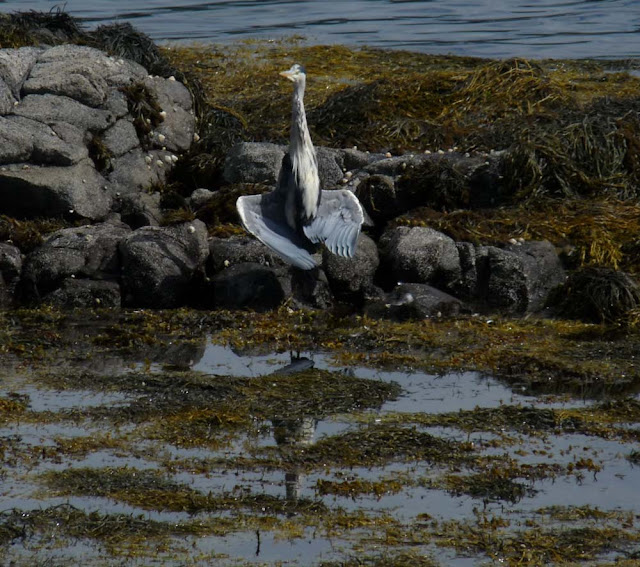 As I drove away from the Heron the motor was making a strange sound so we had to stop again to find out what was going on. It turned out to be a flat tyre - marvellous. If you think that everything happens for a reason the plus side of this was that we found an Otter - thankfully that doesn't happen too often!
Not much to report from the weekend except a Tawny Owl paying us a visit on Sunday evening.
Monday was a cloudier day but still warm. A pre tour sighting was a Peregrine that had taken a young Oystercatcher. It was chased off it's prey by the Hooded Crows but it gave them the slip and returned to it's catch. 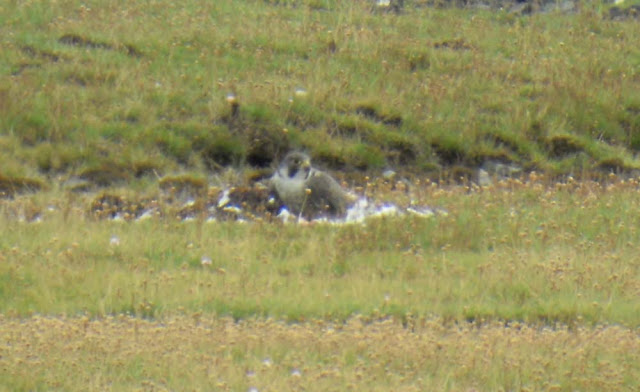 A cracking start to the tour with the young WT Eagles displaying their prowess at flapping and jumping. At least one of them should fledge in the next couple of days. The Otter search was another hard one but a fleeting glimpse of something moving had me reversing. It wasn't my imagination as we soon had an Otter in our sights. A pair of Red-throated Diver and a male Hen Harrier provided a bit of a distraction too. A bit of a magic moment next as we picked up a WT Eagle in flight... 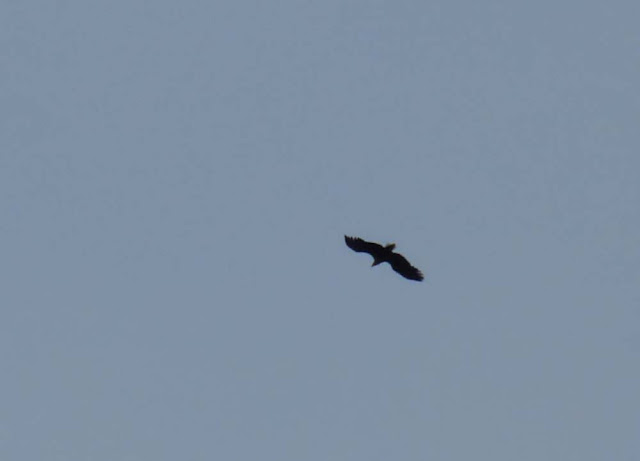 ...and as it disappeared two Golden Eagles came into view - top notch. A bonus bird for me today was a female Blackcap as we tried to get better views of some Redpoll. A fair spread of other birds were seen including Whinchat, Stonechat, another Hen Harrier, Skylark, Dunlin and a single Whimbrel. The mammal list was boosted too with Rabbit and Mountain Hare but once again the piglets came out on top!