This could be a regular feature but as usual it will be up to the wildlife to perform. Finding the time and places to put out a surveillance camera has paid off. Not too many surprises but plenty of interest.
Here we go then...Common Sandpiper... 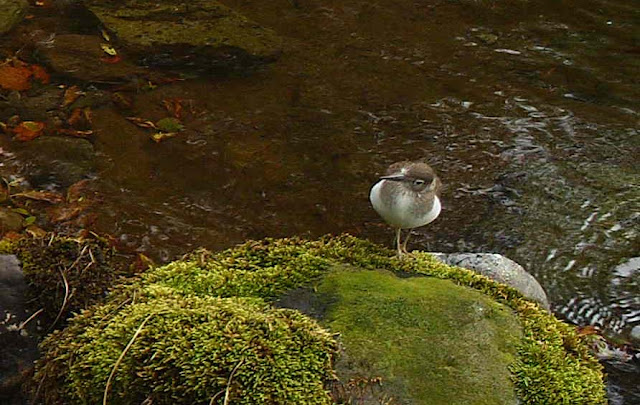 ...and a Dipper looking for food. 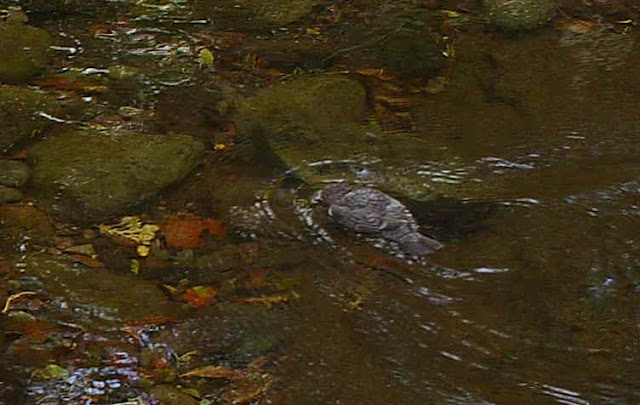 Dipper getting it's best side on the camera. 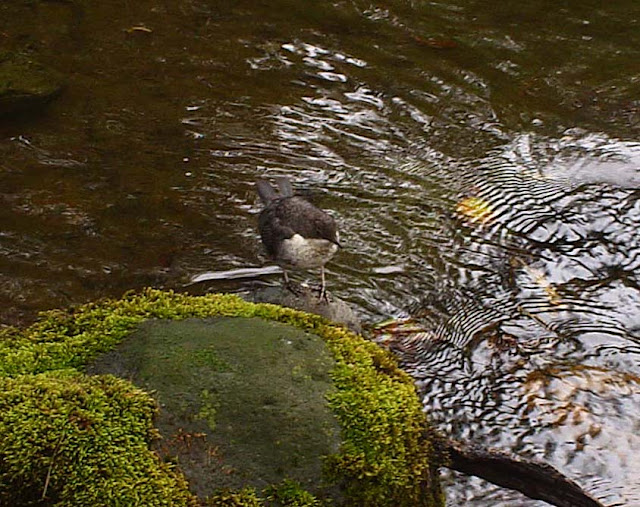 A change of location and a bit cramped here so I wasn't sure of how things would turn out. First one to perform was this young Robin. 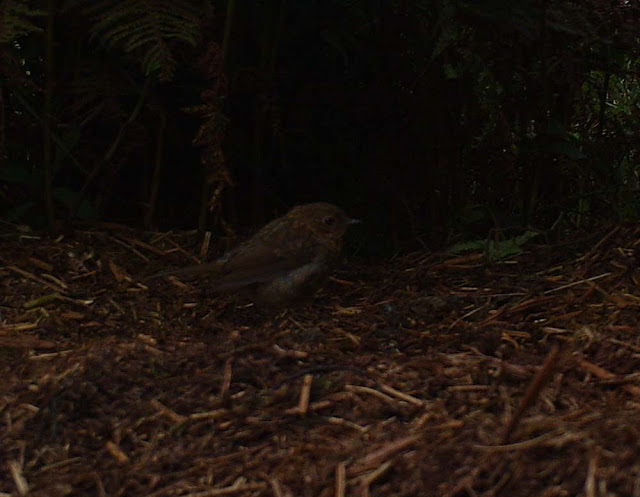 Then a Short-tailed Vole. 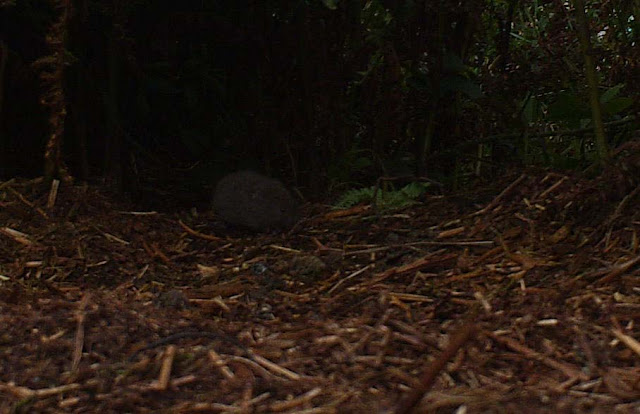 What is that on the left hand side of the photo? Could it be whiskers? 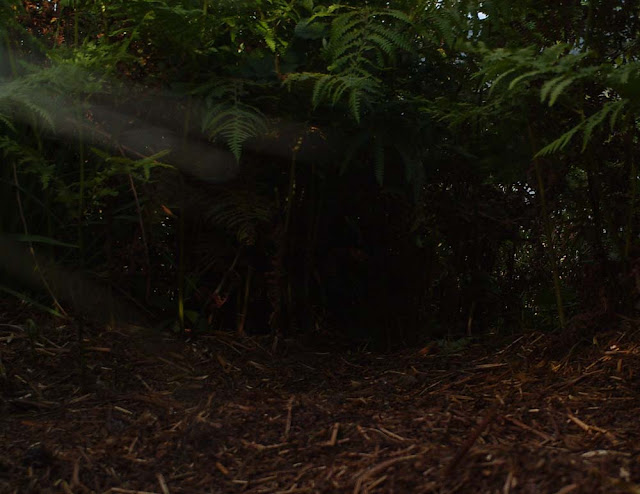 The the next photo after the one above showed nothing but disturbed ground - close but no prize! 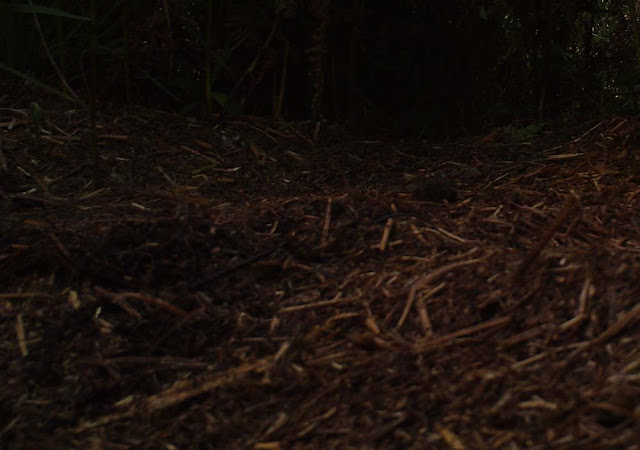 Another vole but this time after dark. 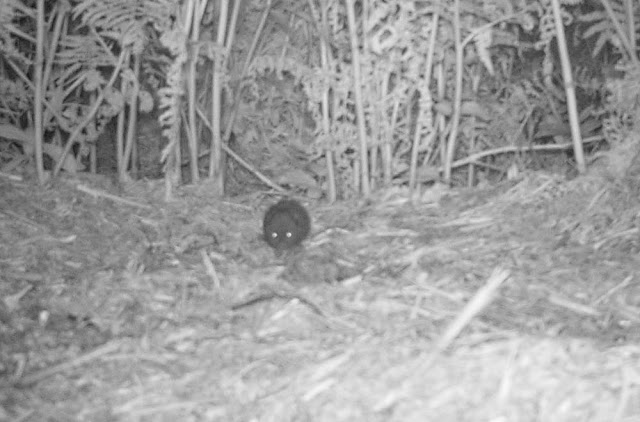 Probably the owner of the whiskers - an Otter. As you can see the cramped area doesn't help with the photo but the information gained is useful. 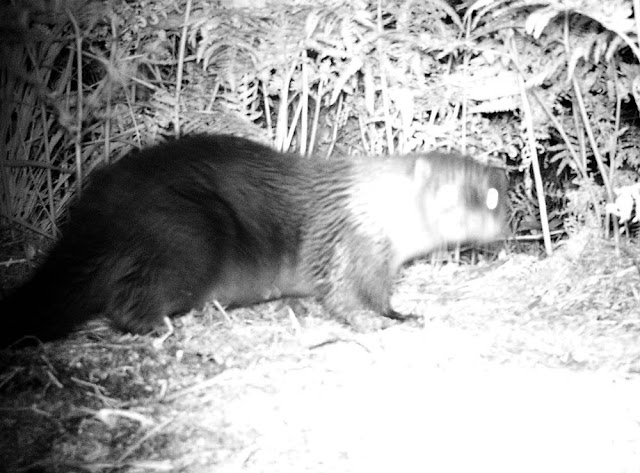 An hour later another head appeared through the vegetation, this time Red Deer. 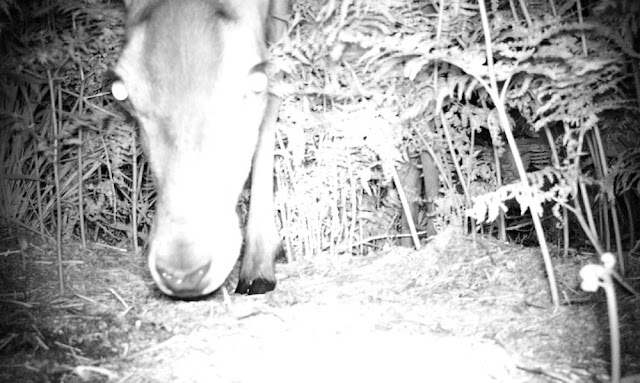 The next time the camera went off something had stopped right in front of it and I had nothing but a white photo. The next photo gave a clue. 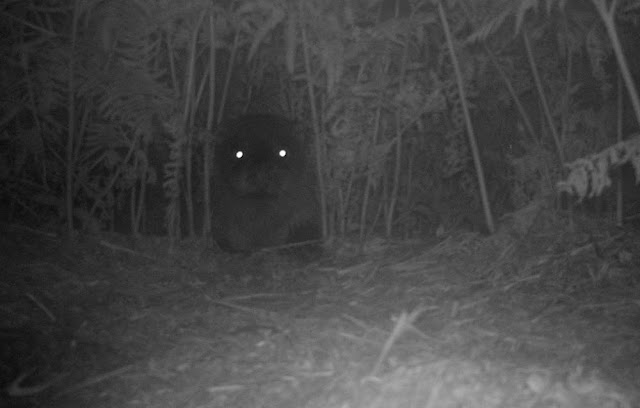 You can see the hazy look of the photo above as an Otter pokes it head through the vegetation. The sequence of photos showed that Otter backing off and the hazy look got worse as another Otter put it's face in front of the camera! 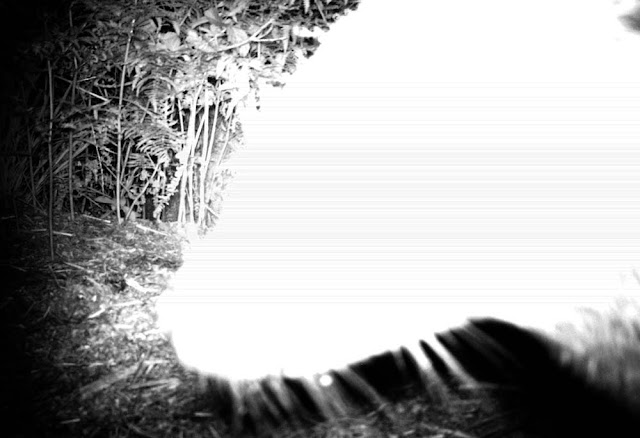 That will do for something different and hopefully there will be more.
Posted by Bryan Rains at 19:43

Great idea Bryan,the excitement as you see what you have !!!, if you put one out over here all you would probably get was a shot of someone in a ski mask nicking the camera.

Like it. Well worth the effort. Is it the Bushnell camera?

Wonderful! The anticipation of scrolling to the next pic was great :)

Thanks again for the comments. It's nice to find out what goes on through the night.

NB - I don't think it would be wise to have it full view over here either!

Could be very interesting in a weeks time Bryan!! you could see all sorts ??!

You have done a good work.What has happened to the animal in last picture?spy cams