It started with a splash.

Friday was a wet day but no tour so I cracked on with other things. At the end of the day I watched the adult male WT Eagle hunting in the rain. He seemed to fly around drawing out all of the birds from the marsh before steaming in to make a kill. Not entirely sure what he caught but it could have been a young Curlew which he then carried off for himself. 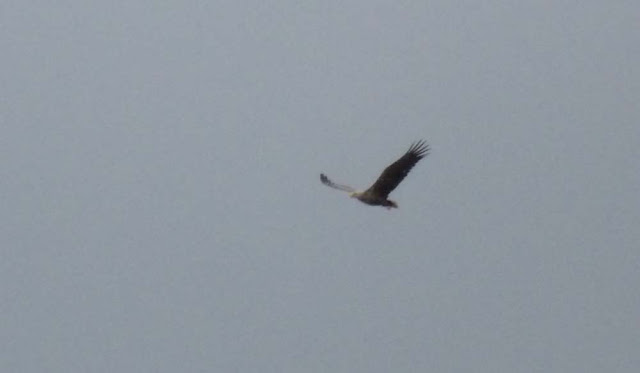 Saturday was a better day and another tour. The highlights from the day included a hard won Otter while a couple of Ringed Plover at our feet were virtually overlooked. Common Sandpipers are showing well at the moment. 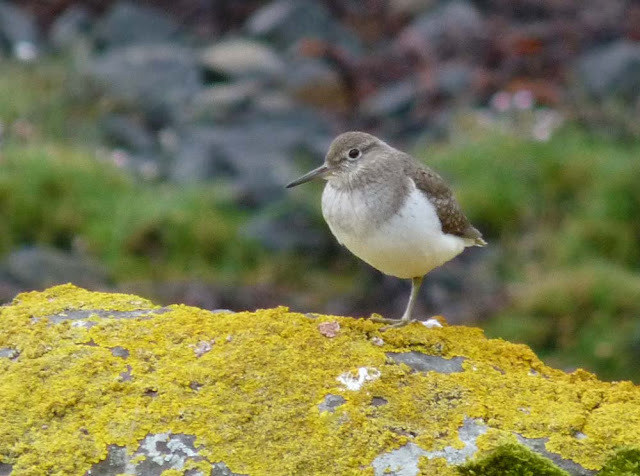 Our best find of the day had to be the Bottle-nosed Dolphins we saw. It started with a splash as we drove up the road looking out on the loch.

They were obviously chasing a shoal of fish as you would see periods of frantic movement followed by calmer loafing about before they moved in on the fish again.

They were close enough that we could hear them breathing too - excellent stuff. 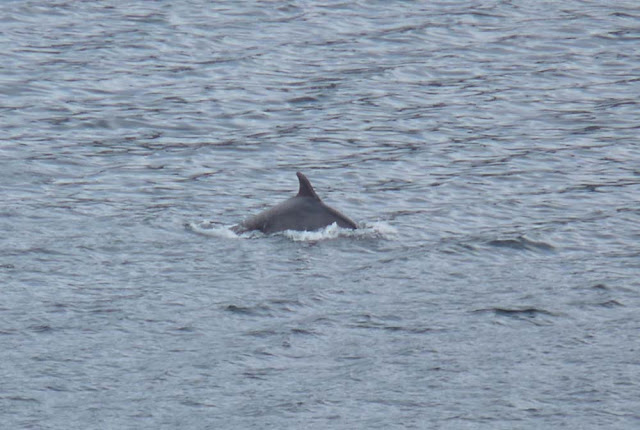 We followed that up with a superb sighting of a Peregrine attacking a flock of Rock Dove but failing to connect. Cracking views of a Redshank... 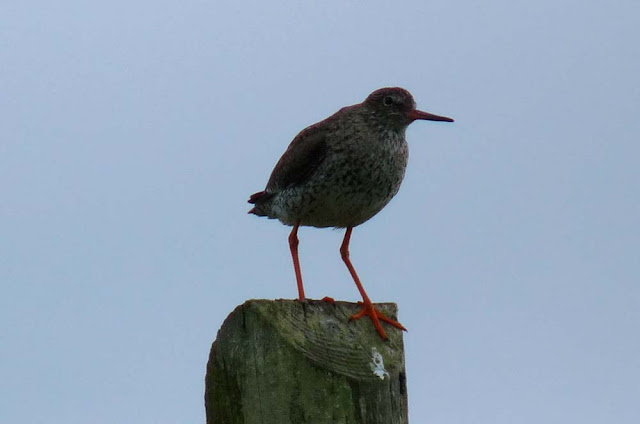 ...(one for Rick here) and good numbers of Mountain Hare.

Not all of them were that distant. 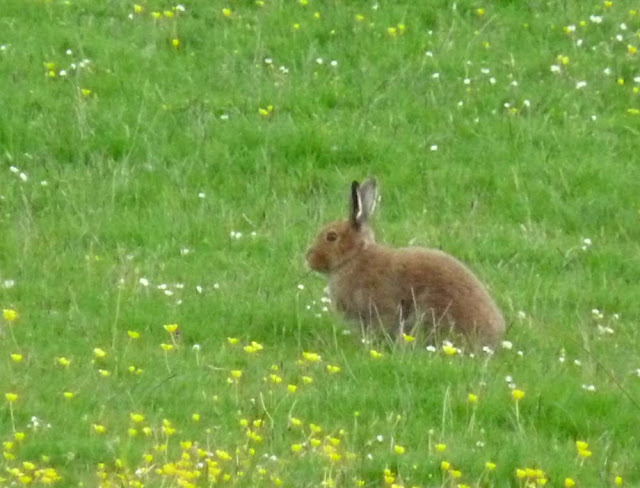 We'd had plenty of Red deer through the day but this was the best of the bunch. A Royal already but we'll see how he looks when the velvet comes off. 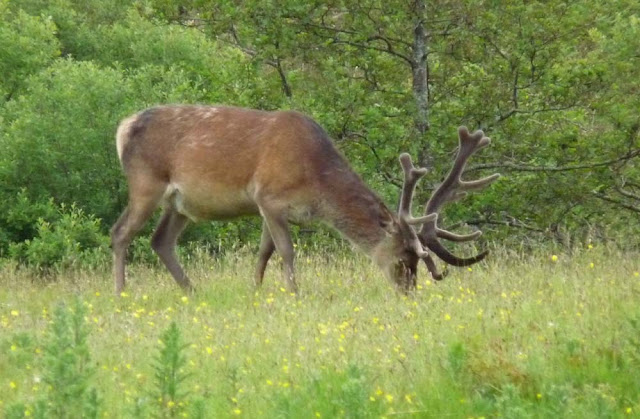 Did you see the Roller Bry?

No Roller for me, mate.

Hi Bryan,
Those mountain hares look exactly like the ones that we were looking for (but didn't see!) As you can see i left them for you. Great seeing the two of you again, until next year,or druridge LoL
Take Care
Regards
Rick