Tuesday was a wash out but Wednesday just had showers so I had a quick scoot about. I managed to pick up 6 Iceland Gulls on my travels. 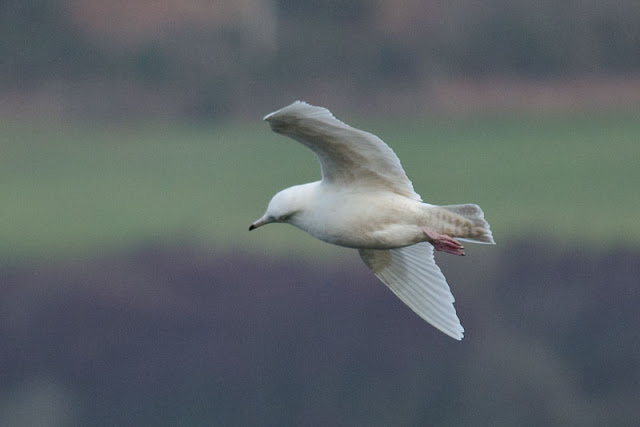 The most interesting find were the Whooper Swans that were grounded by the showers while they are travelling back north to breed. Here is part of the flock of twenty birds. 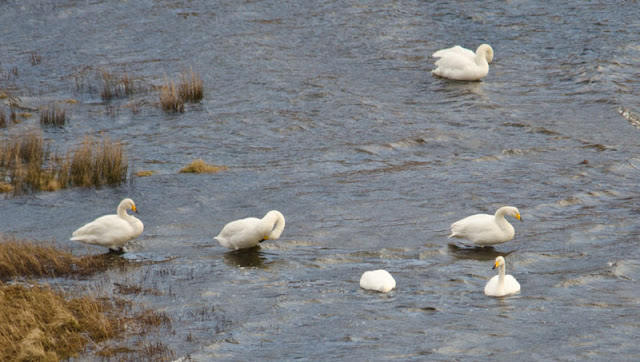 A party of three Whooper Swans were outside the shop when I returned. These passage birds usually stay overnight and leave during the morning of the following day. Thursday was dreich - cloud down to the ground and drizzle. The three Whoopers were seen to fly out...

...and they flew back in again. Three hours later they flew out again and a couple of hours later 4 birds flew in! The four birds stayed the night and Friday dawned as dreich as the previous day.

The four Whoopers finally got away mid afternoon when the weather started to clear. Despite the poor weather I was still out and got nice views of Curlew... 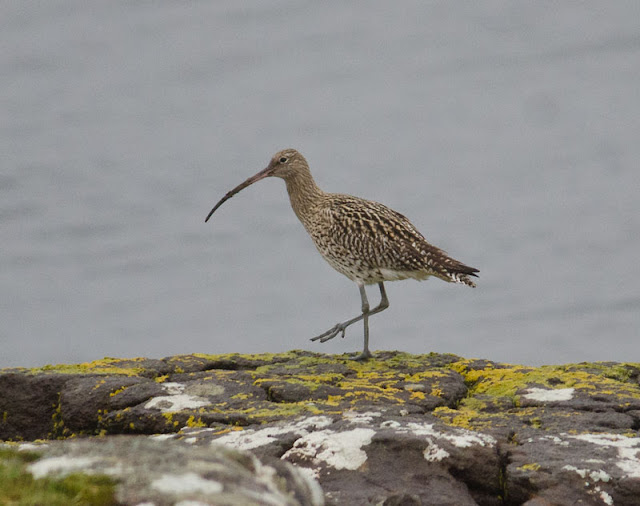 ...Skylarks singing as they flew overhead, Rock Pipits were displaying and holding territory. 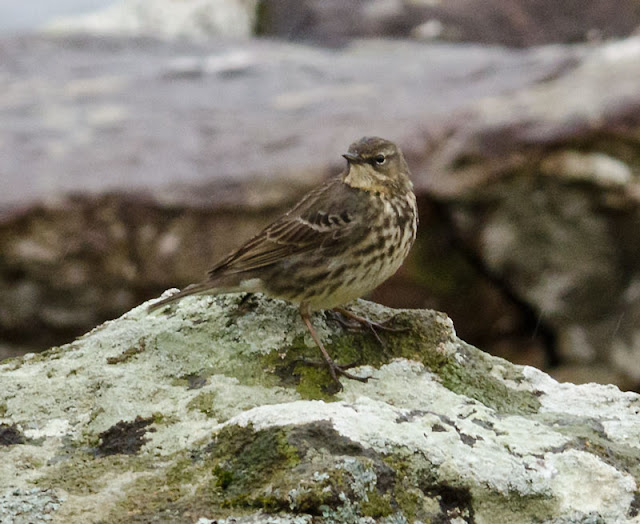 Three Pied Wagtails were chasing each other about and frequently flying with their tails held down, looking like an oversized Humming Bird - not the best picture but it shows the action. 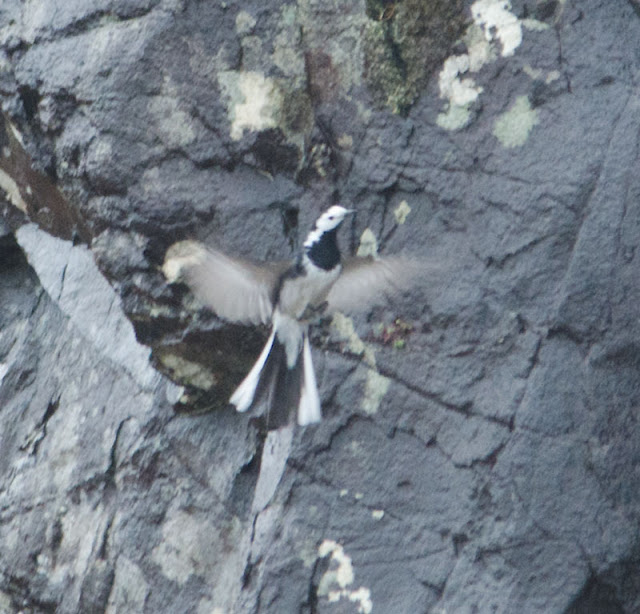 As you can see the weather wasn't getting any better. 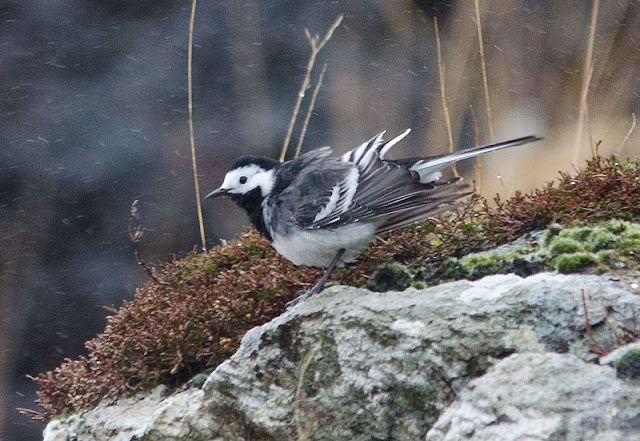 If there is not much happening you can always find a Grey Heron to watch - it never moved. 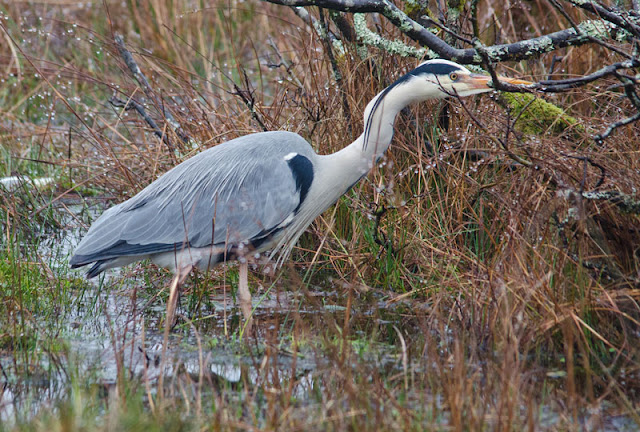 The weather turned dull again as I came across a WT Eagle being mobbed by a Buzzard. It was a fair distance away to start with... 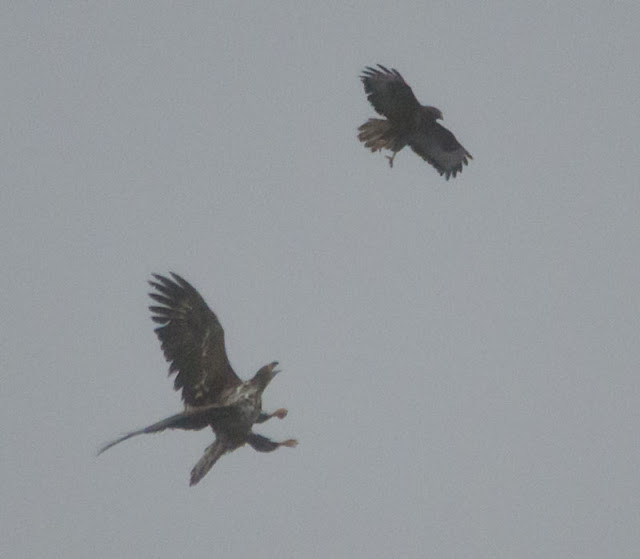 ...but it did come flying past me too. 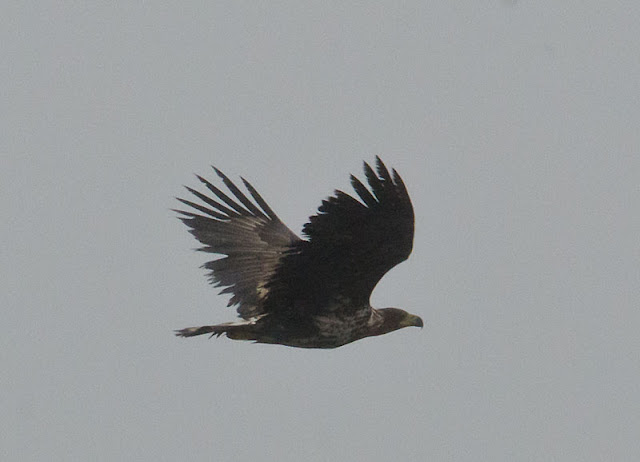 I thought that might be the last I would see of that bird but it did put in another appearance in the afternoon. As I headed back for lunch I came across another WT Eagle - a four year old bird that looked pretty mean in the dull light. 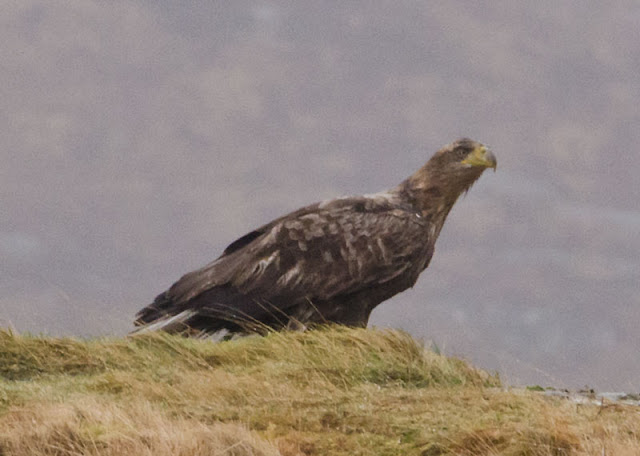 This bird must have been feeling as mean as it looked. Later in the afternoon the younger bird was sitting on the shore when the older bird came charging in and had a right go at it - life is never easy even among your own kind! 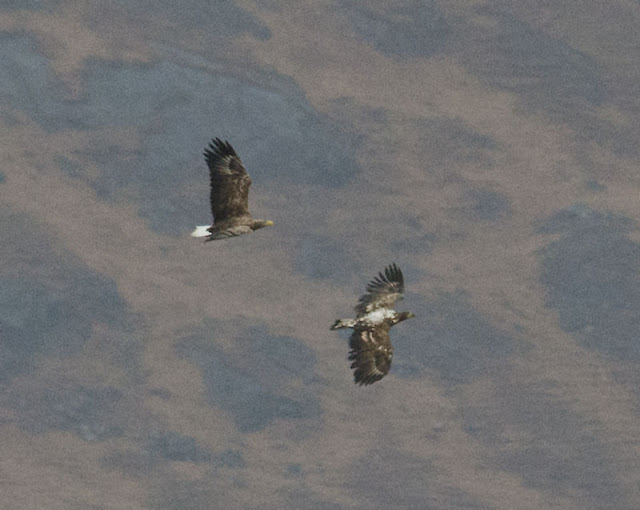 The weather may have been dull, but the action wasn't! Great post.