A crocodile and a bear.

Thursday was wall to wall sunshine at last!! I headed out in search of some of the migrant birds that should be on Mull by now. A good start was had with a female Hen Harrier while looking for Adders. Looking at the snake from the front it looks a bit like a crocodile! 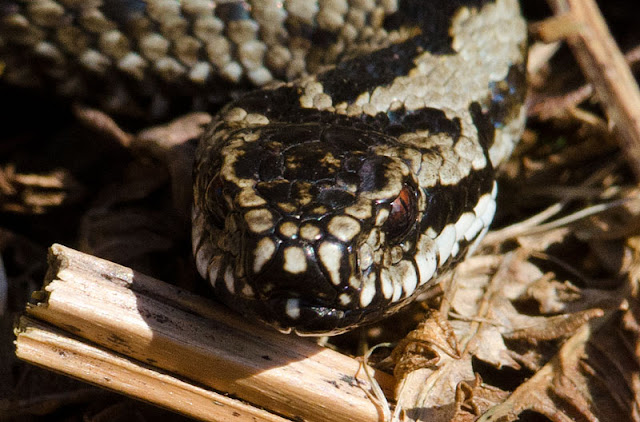 You see a lot of pictures of frogspawn but not that many of toadspawn - a tidy string of eggs. 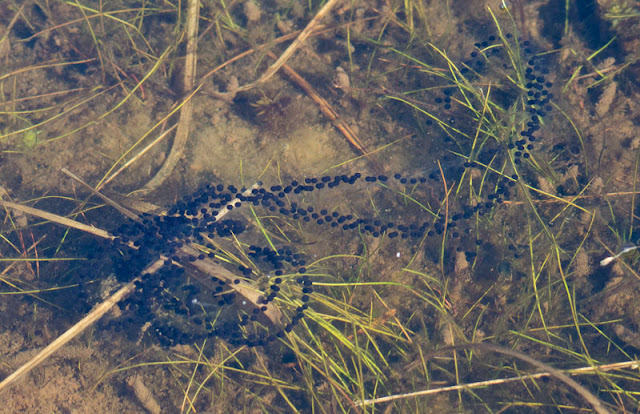 The first of the migrant birds to make it onto the list was a Lesser Black-backed Gull - smart. 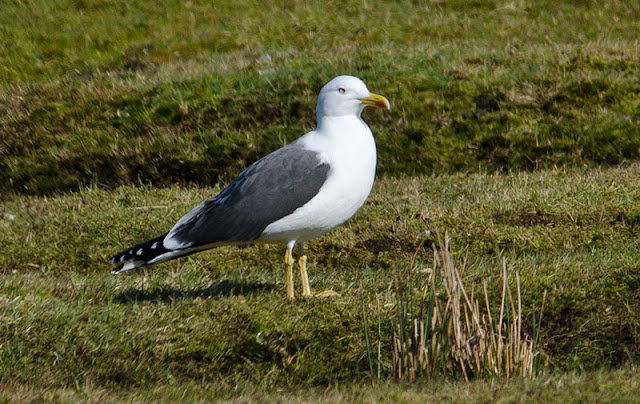 The gull was rapidly followed by the next migrant bird, fresh in from Africa, a Northern Wheatear. 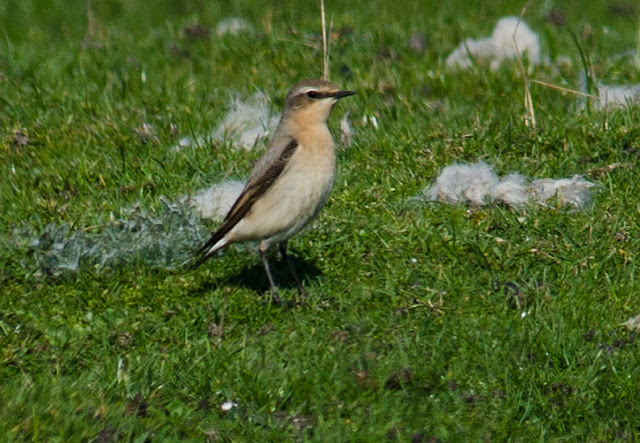 Not just one bird either as a stunning male bird popped up in front of me! 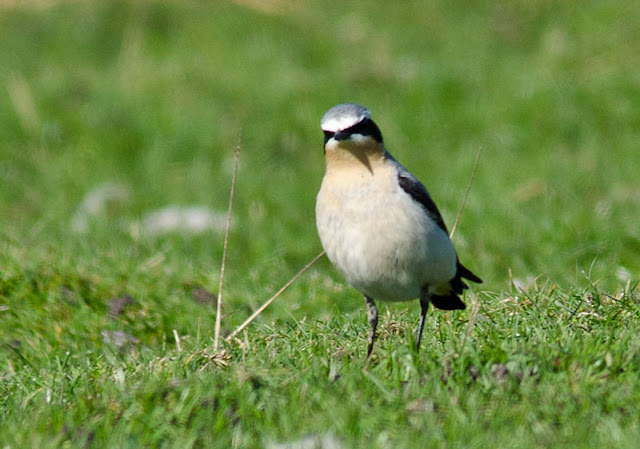 Another male was feeding in the same area. These first arrivals are always special but it won't be long before they are commonplace. You can't fail to be impressed though.

I got my third year tick of the day, my 99th of the year, about two minutes later as a Common Snipe lifted out of the marsh and dropped back in again. As I was trying to get a snap of three distant Golden Plover a Skylark lifted from the ground, no chance to change the camera settings but I'm pleased with the result showing the motion of the wings. 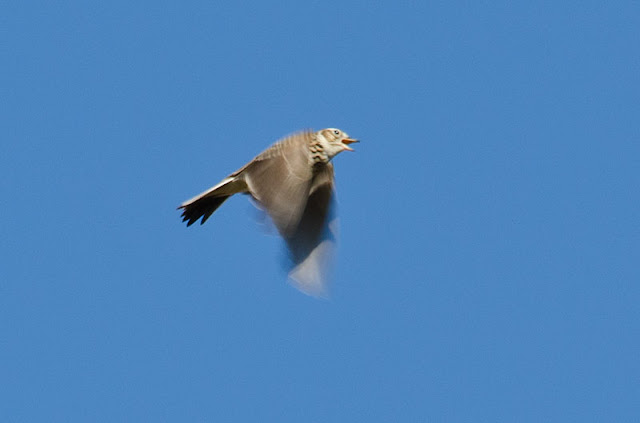 The Starlings were in fine form too, plenty of birds singing from the rooftops and wires but this one in the Iris bed was just fabulous. 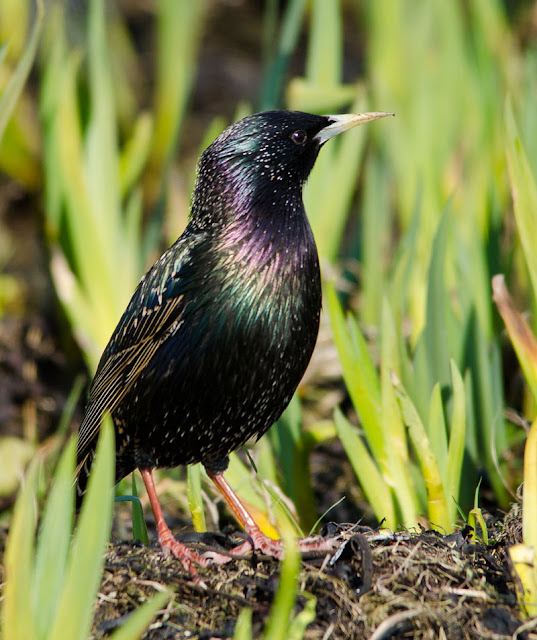 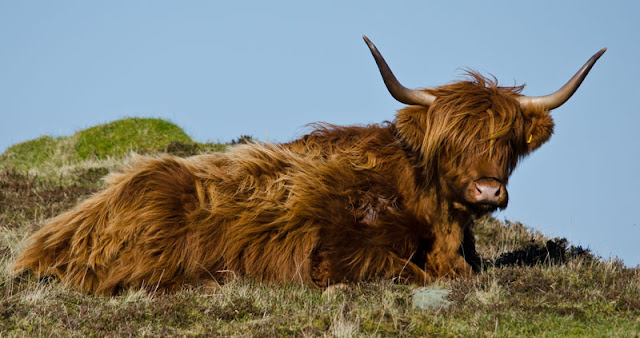 ...but don't the youngsters look like bears? Even the calf is laughing at that! 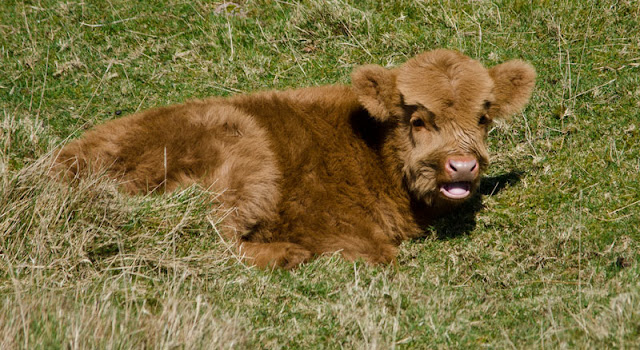 Just delightful. I agree that the Highland cattle youngster looks like a bear. Upon looking at the adult I wonder how on earth he can see with all the hair over his eyes. Lovely photos!