Thursday it mostly rained. I was lucky enough to see a Peregrine creating havoc as I stepped outside to see how heavy the rain was. Not a great deal to report but it was interesting to see this Great Northern Diver was in almost the same stage of moult as the last diver I photographed. 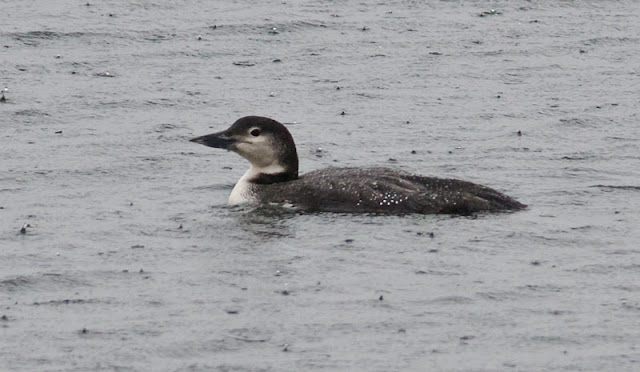 The numbers of Red-breasted Mergansers are still increasing but it doesn't make them come any closer! 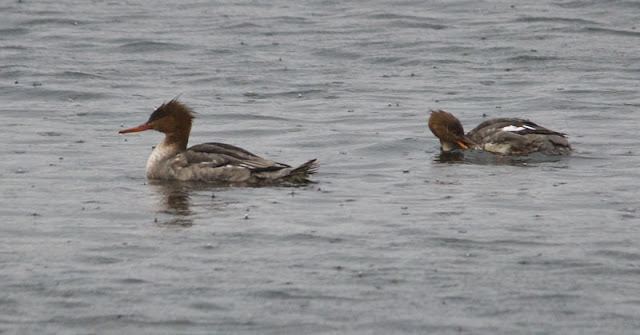 The conditions were not going to improve so I was heading for home and just one quick stop to get a few snaps of a male Common Teal. 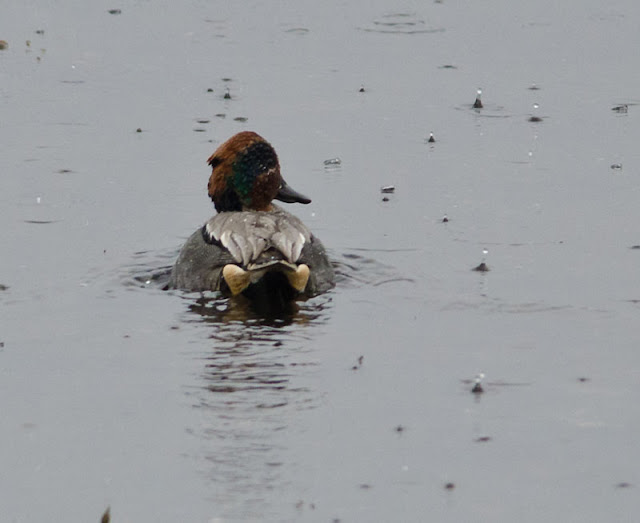 Another lucky break at the end of the day was an odd call from one of the garden birds had me looking out of the window just in time to see a WT Eagle flying past!
Friday there was no rain but the cloud was hanging in. Inspired by a sighting of a Golden Eagle flying over the shop I had a quick run out that was well worth the effort. A Reed Bunting was singing at the side of the road. 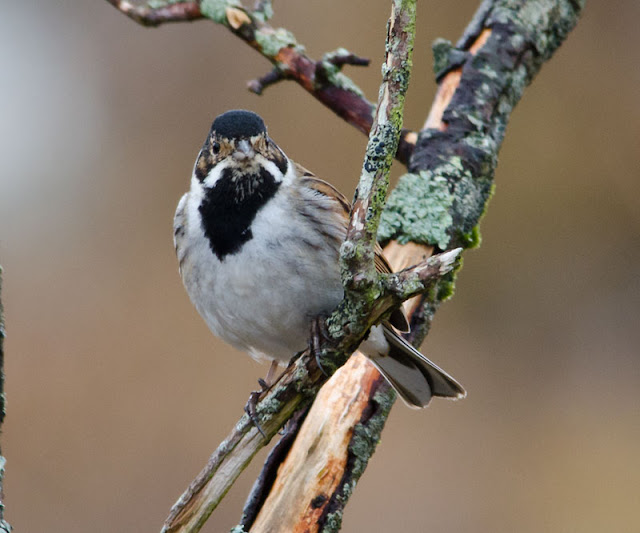 A bunch of birds of prey next with sightings of two WT Eagle at the nest, two Golden Eagles soaring in the distance, a Sparrowhawk flashing past, seven Buzzards all heading for the same spot to gain height before moving on, another Golden Eagle and another Sparrowhawk - not bad at all! A male Stonechat was in full song... 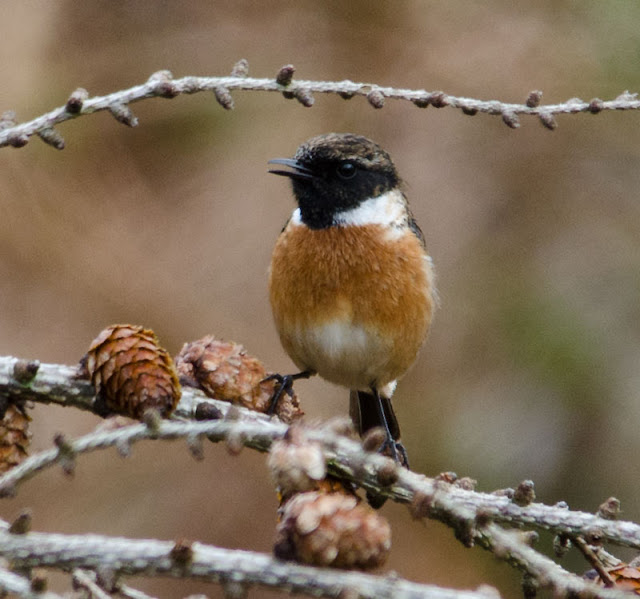 ...and a female of the same species was fly catching about half a mile further down the road. 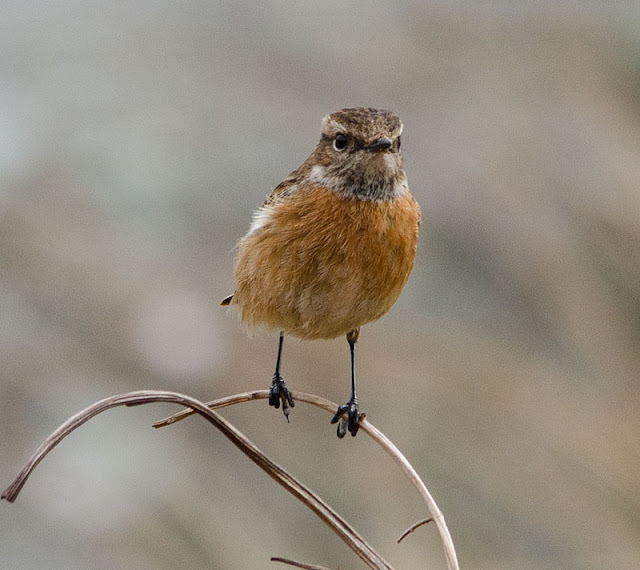 An Otter was seen sleeping on the rocks but I wasn't going to wait for it to wake up. 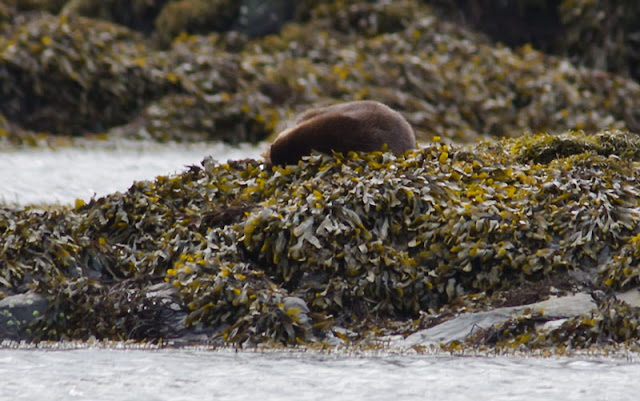 I finished the day of with some good views of a Treecreeper... 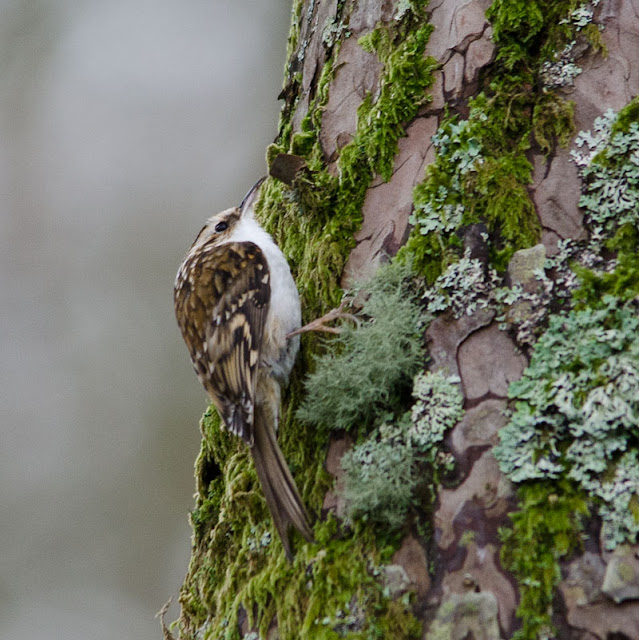 ...and watching the Grey Herons going about the business of nest building. 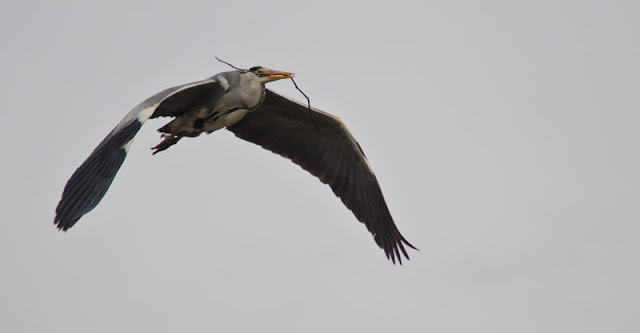 The tree creeper with the lichens and moss is stunning.

Thanks Wilma - it was a nice bit of the tree it picked to climb!