We started the day with four Swallows that were flying around as we collected the last of the guests. With the damp weather continuing we set off in search of Otters. One was picked up at our first stop but as we got out for a better look we realised there were two Otters fishing together. A GN Diver was close by and a couple of Wheatear gave us a bit of a run around. The usual suspects were seen along the loch - Curlew, Grey Heron, Oystercatcher etc - but a closer Otter stopped us from moving on. Great views as it came ashore at various points. 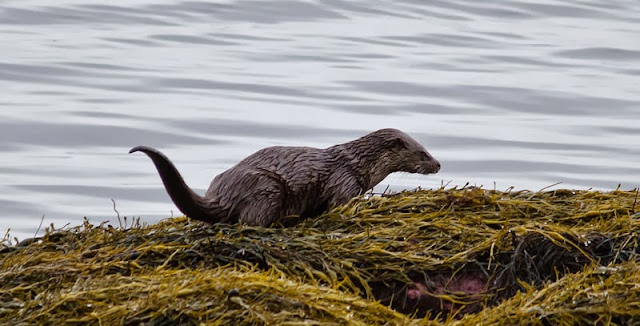 The rain stopped and the sun tried to break through so it was no surprise to find the WT Eagles hanging out to dry. 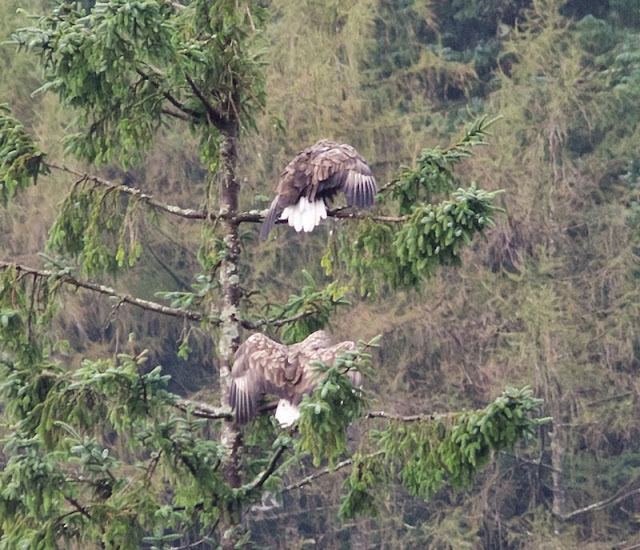 The busy morning led to a quieter afternoon but there was still plenty of content. The PF Goose is still hanging in, lots of Wheatear, Lapwing, Skylark, Sparrowhawk and could that be wildcat hiding in the grass?! 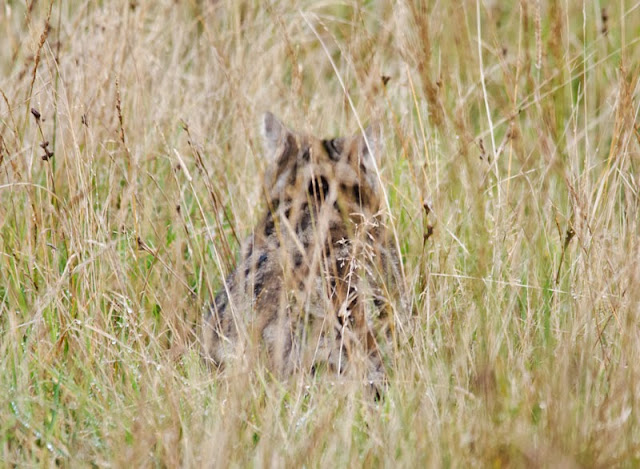 The list just goes on and on...Golden Eagle and Hen Harrier were both seen at our last stop of the day but the star of the show has to be the Northern Wheatears. 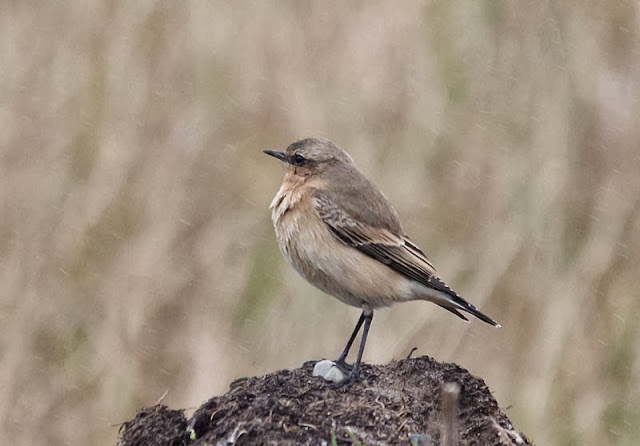