With a nice spell of settled conditions coming in from the north it was guaranteed to bring some of our winter birds with it. First stop of the day and we picked up a flock of 40 Barnacle Geese - excellent!

A bit of a look around gave us some of the commoner species- Linnet, Snipe, Greylag Goose, Common Seal - and then we bumped into another four Barnies but this time a bit closer and not flying...

...and just off to one side was a Mountain Hare. 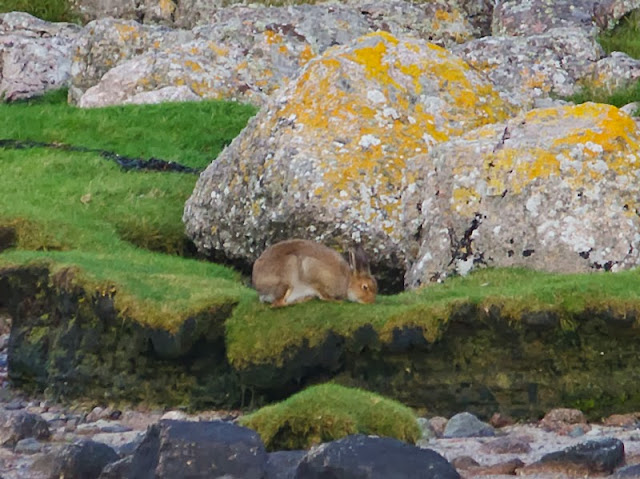 A small flock of Whooper Swans were seen heading south but they were moving too quick to try for better views as was the Sparrowhawk that flew along the road in front of the motor. A visit to the beach threw up a couple of Northern Wheatear but the light wasn't great... 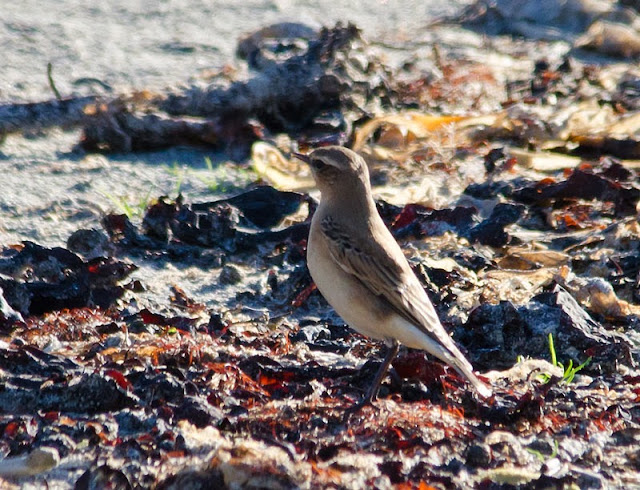 ...and then I found the bird of the day. A flock of Chaffinch were feeding along the edge of the road, they started flying as we edged closer, a flash of white caught my eye because it wasn't on a Chaffinch wing. We waited for the flock to settle again and all of a sudden there was a Brambling sitting on the fence next to the motor! Nobody got a great view of it so we waited patiently for the bird to appear on the edge of the road - superb views. 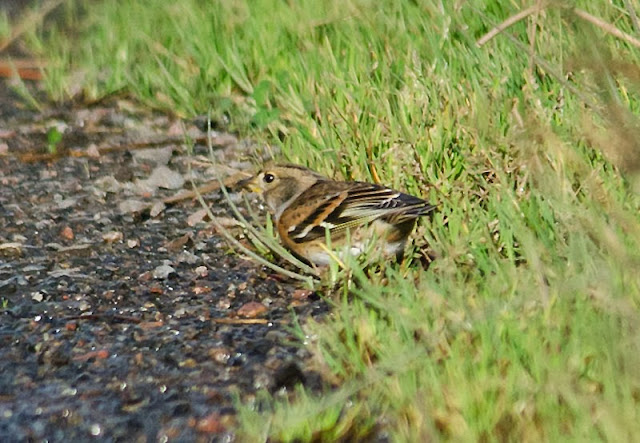 With the sun shining we had a look for Adders but there was no sign of them but we did see a couple of Red Deer. A couple of GN Diver were seen at our next stop closely followed by Golden Plover, Greenshank, Redshank and Teal. A cracking female Hen Harrier was seen hunting. 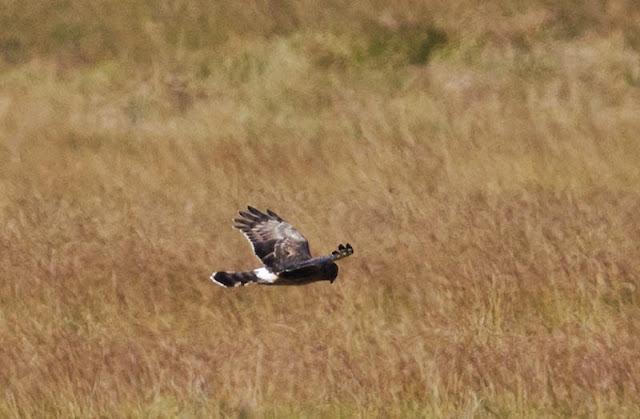 The WT Eagles were playing hard to get but we eventually found one perched in a tree and it was soon joined by it's mate. 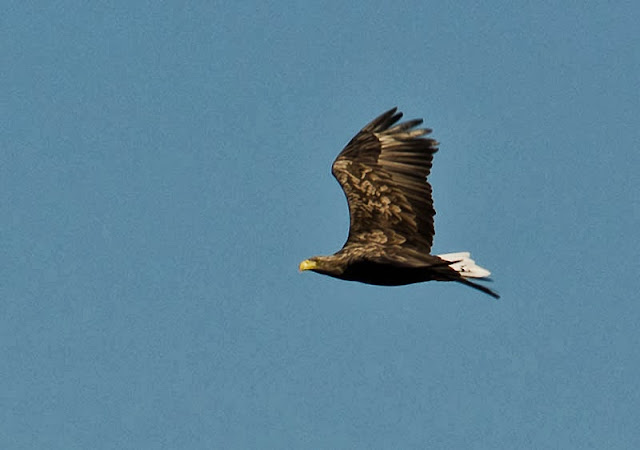 A Golden Eagle was seen soon after that and a second attempt for Adder produced a single one at their hibernating area. Five Whooper Swans were found as we headed back to base - cracking! 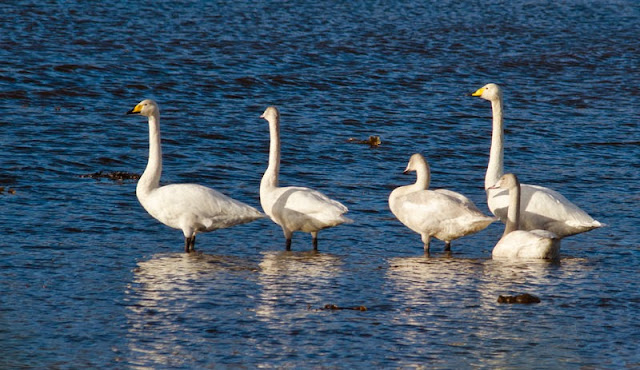