I managed to kick off October in fine style. The unsettled conditions continue but there is no change with the wildlife. Three Little Grebe almost escaped the camera - not the best shot but better than nothing. 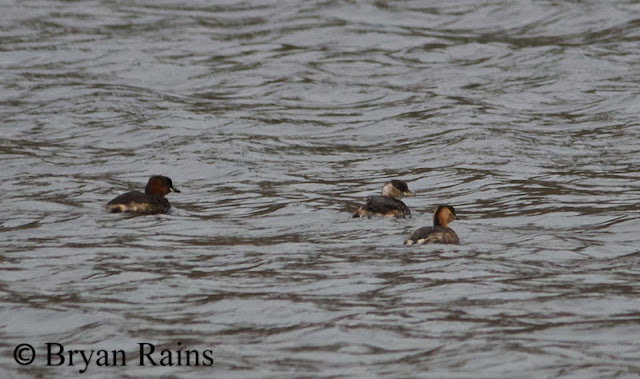 With the guests on board for the tour we went in search of Mountain Hare. I could see a couple of hares sheltering from the breeze but they were difficult to pick up so we had to get a bit closer - is this one giving us the evil eye?! 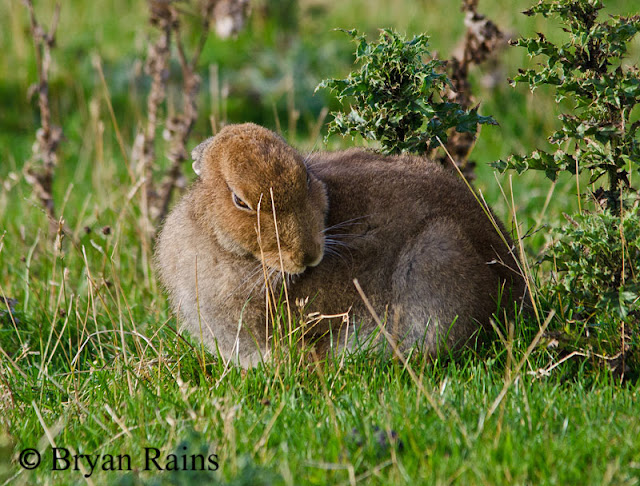 A distant duck was spotted and through the scope it was initially identified as a juvenile Velvet Scoter. It was heading towards a piece of shore near the road so we went for a closer look. I must admit that I was happy with the initial ID as I wasn't expecting anything rarer but when I started looking through the photos that I realised this wasn't a Velvet Scoter at all. The dark capped look and the deep, wedge shaped bill were more like that of a Surf Scoter. A check through the books, with friends and other images and it looks to be a dead cert for Surfie - awesome! 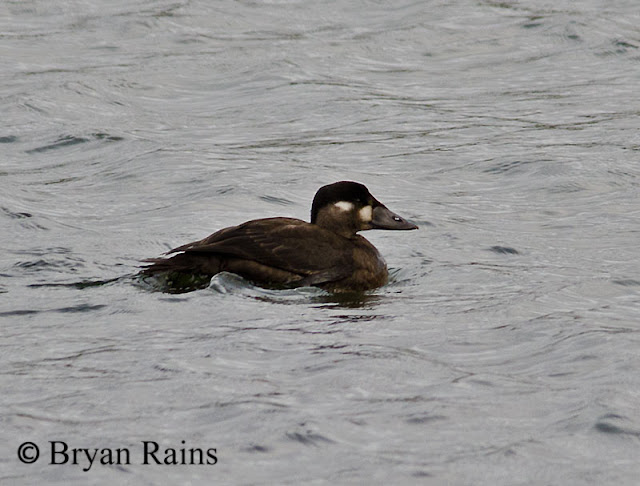 A single Wheatear flew across the road in front of us as we moved on. The change of location gave us plenty of wading birds - Golden Plover, Dunlin, Ringed Plover, Turnstone, Curlew, Redshank and Greenshank. An Otter at the next stop was elusive but the two Hen Harriers that appeared were a lot easier to keep track of. 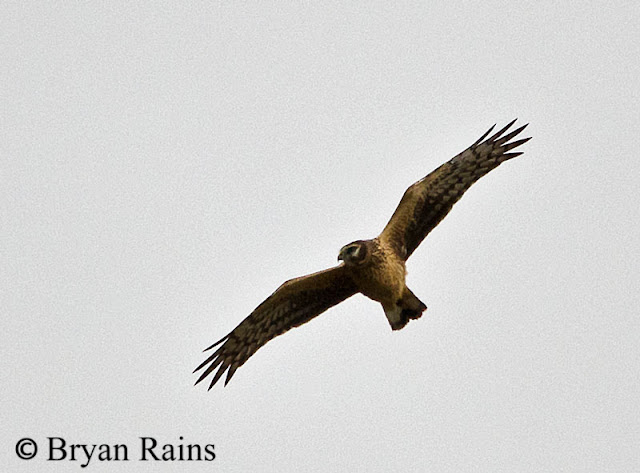 A juvenile WT Eagle was located just after lunch. There are still quite a few Swallows hanging around if you keep your eyes open. 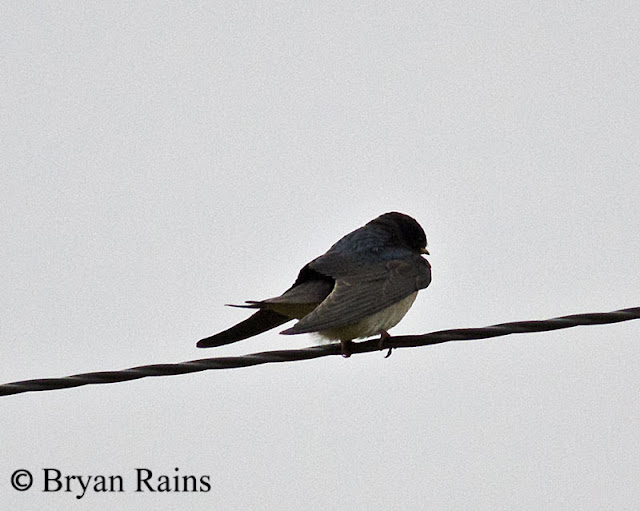 There were plenty of Buzzards to be seen through the day but not too many chances to get a photo. 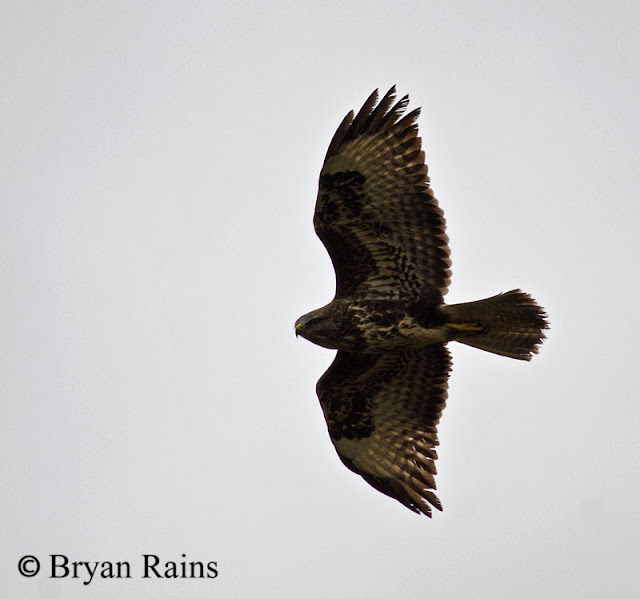 There was some serious showers in the afternoon that looked like it might stop us from getting Golden Eagle. We watched some stalkers taking a Red Deer stag while we waited for the rain to stop and eventually a Golden Eagle appeared. Good views were had as it flew around but we lost it when it landed. A different angle of viewing gave us decent views of the bird perched up... 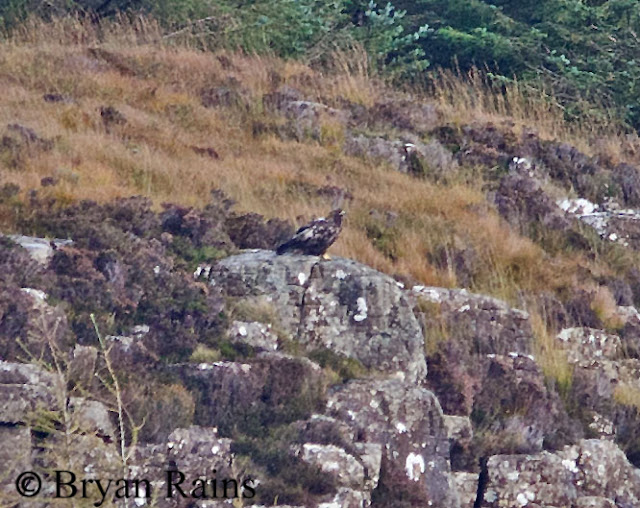 ...but a couple of Ravens soon had it in the air again. 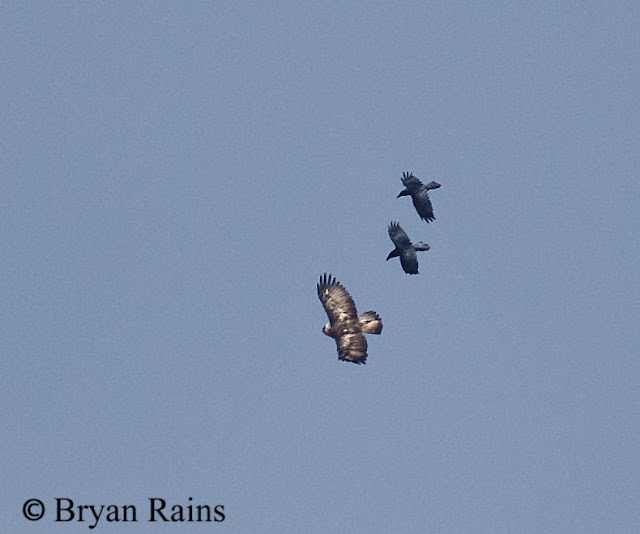 An adult WT Eagle was a good finish to the day.
Posted by Bryan Rains at 20:50