I had a quick run out in the morning to have a look for the BT Diver with a view to getting more photos. I found the bird easy enough and gave it an hour but it never came close to shore at all. As I moved back to base I picked up four Otters, a mum with two cubs and a dog, too far for photos. Not a bad effort but I thought I would have another run out after lunch - glad I did. First up was this Otter that was too far away for any decent shots but when it brought the fish ashore the Hooded Crow moved in and pecked at the Otters tail until it moved on! 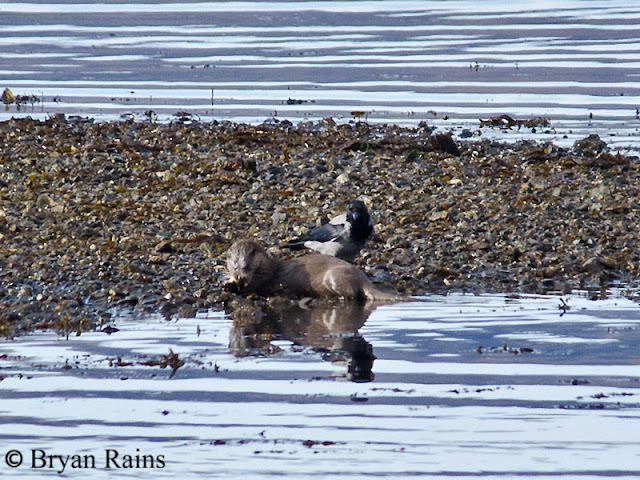 A quick trip up the hill added two juvenile WT Eagle, one Golden Eagle and a Hen Harrier to the list. There were plenty of Ravens about too that provided plenty of entertainment. 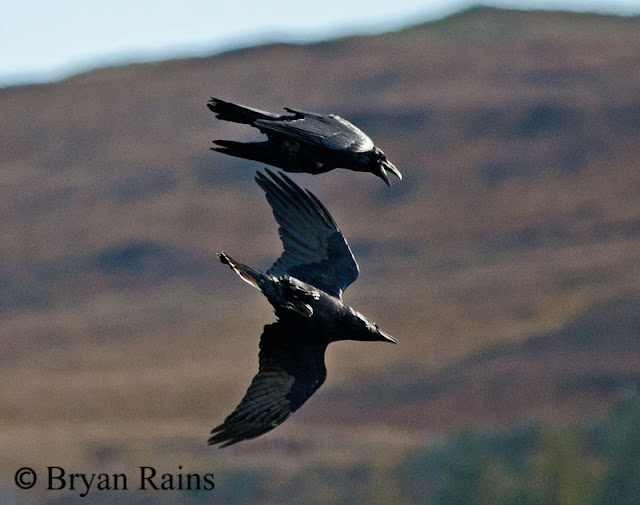 The main thing lacking from the photos is they could do with the sound of the wings thrumming as they raced past and the calls of the bird - you had to be there! 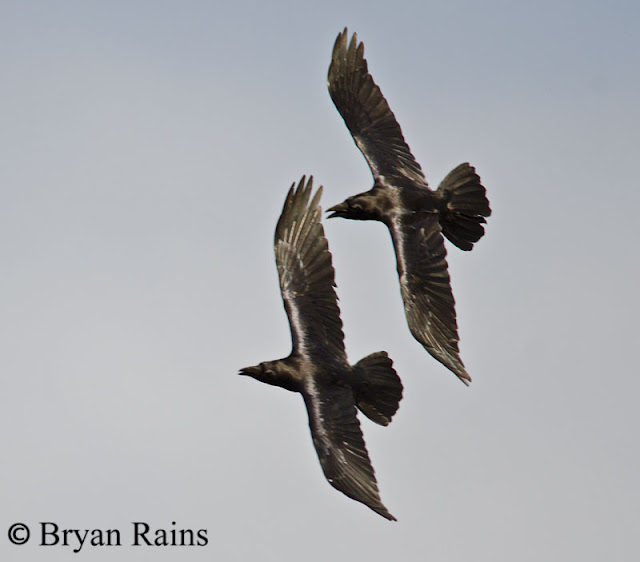 I was happy with that and heading for home when I picked up 3 Otters on the shore. It looked good for a chance at some photos so I parked up and headed down the shore to wait. I was easily spotted by a Common Seal that popped up close by... 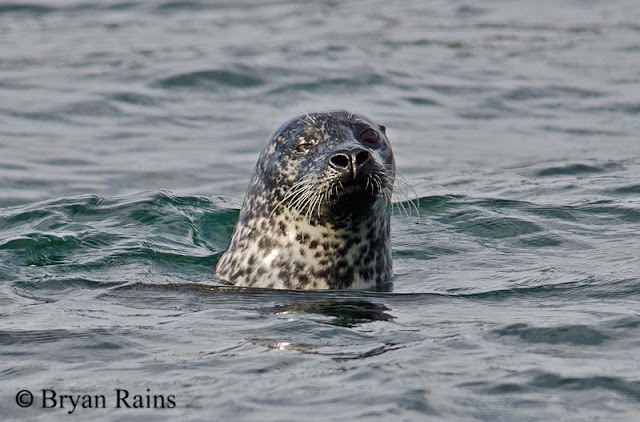 ...but the Otters couldn't see me and I couldn't see them. Not too long to wait before mum was heading out to get some lunch and one of the youngsters made an appearance on the top of the rock they were hiding behind. 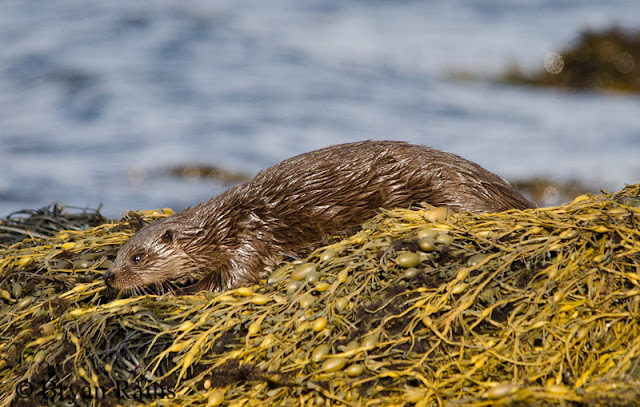 There was a few fish brought ashore but all the action was out of sight for me until this one. Not the greatest shot but I did laugh as mum brought the treat ashore and the cubs scrambled over each other to be first in the queue. Look at the first cub launching itself off it's siblings head!! 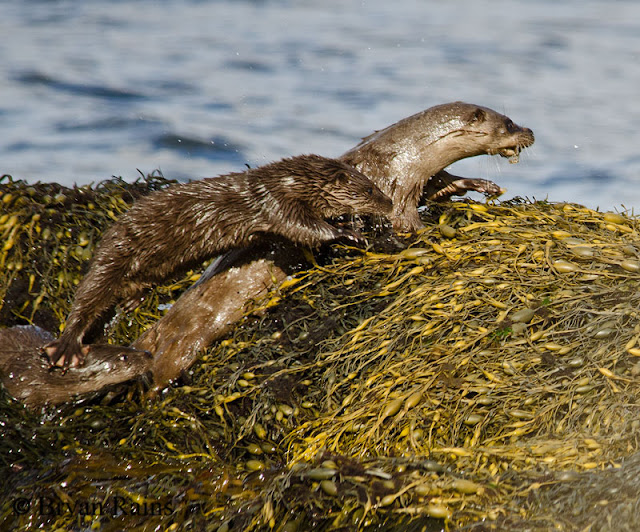 Despite the mum catching all the fish at the moment the only way the youngsters will learn to fend for themselves is to follow her and watch every move. 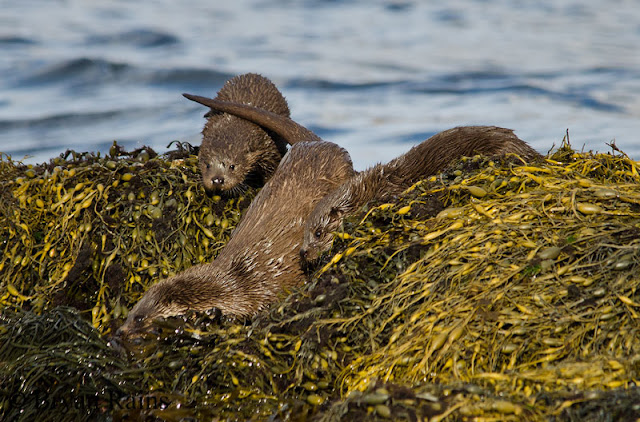 They will all dive together and surface together. You can't get much closer than this - sweet! 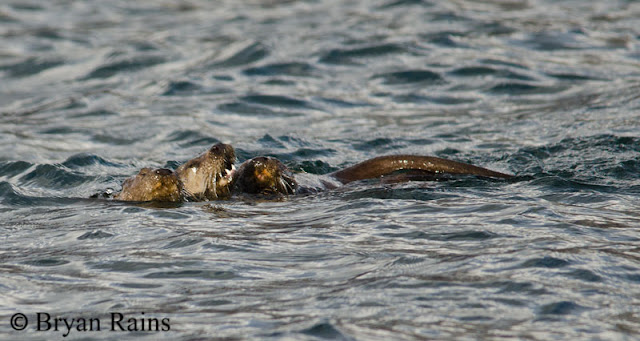 It's always a special experience to get close to these beasts and I left them to it when it was safe to move off. I watched them for another hour in the same place apart from when a Golden Eagle put in an appearance. 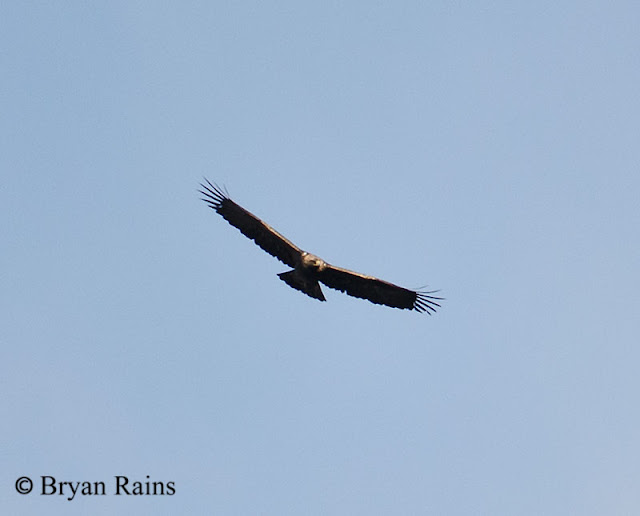