Saturday was a bit of a cloudy day with a cool breeze. We started the day with Grey Plover, Greenshank and Ringed Plover outside the shop before heading off in search of Otters. No sign of the furry mammals but there were a few GN Diver, Eider and Shag along the way. The WT Eagle is a 'sitting duck' as it incubates the precious contents of the nest - still an impressive sight. Next stop was a Golden Eagle territory where we viewed the female bird on the nest before seeing the male cruising the ridge. As we headed back along the way a large bird was spotted and by the time we'd stopped there were two - Golden Eagle again! Three more birds joined in the fun and circled round while the territorial male just sat and watched them. There was obviously a lot of respect being paid as the flying bird drifted off but none of them encroached on the territory that was being held. A long hard look for Otters eventually turned up the goods when we located a mum with two cubs just settling down to sleep. 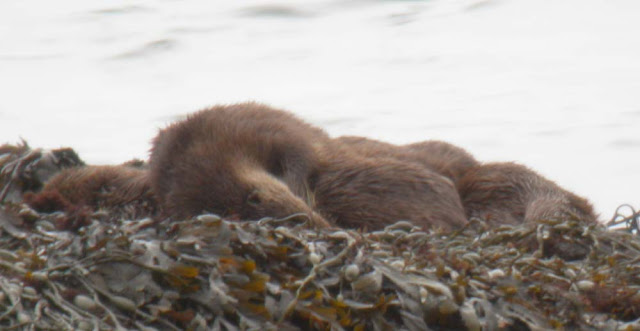 Our good fortune continued in the afternoon as another Golden Eagle was picked up, Black Guillemot scoped, a single Yellowhammer perched briefly at the side of the road and a couple of Wild Goat spotted on a ridge were highlights. We finished the day well with nice views of Linnet and Twite, a male Hen Harrier and a squad of Mountain Hare.
A few things I noticed over the last couple of days is the flowers coming through and some birds that were absent in the winter but are now abundant. I wonder if the Bracken is a little slow this year as the Lesser Celandine are a blaze of yellow wherever you look. The single flower is just stunning after quiet days of Winter. 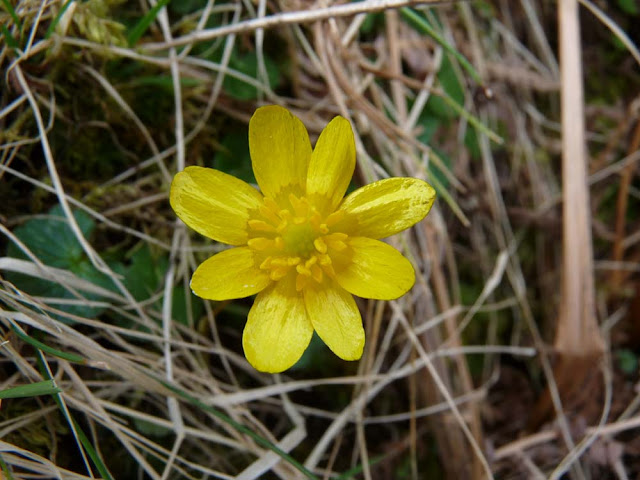 If you get the right place there will be carpets of Dog Violet mixed in with the Celandine but get a bit closer and you will find Wild Strawberry too. 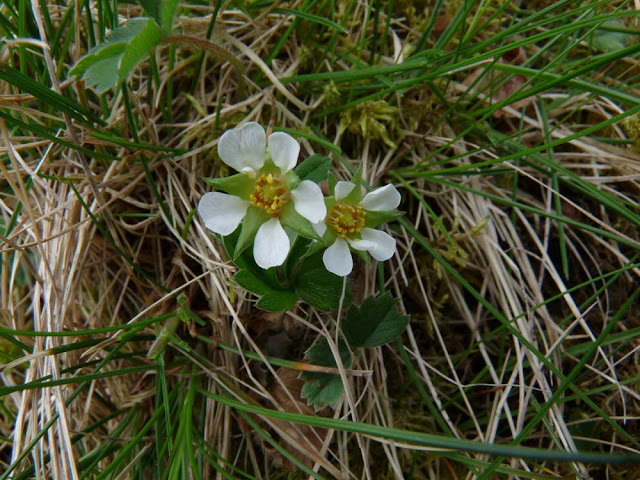 As for the birds the humble Meadow Pipit was absent this Winter but they have now returned in force... 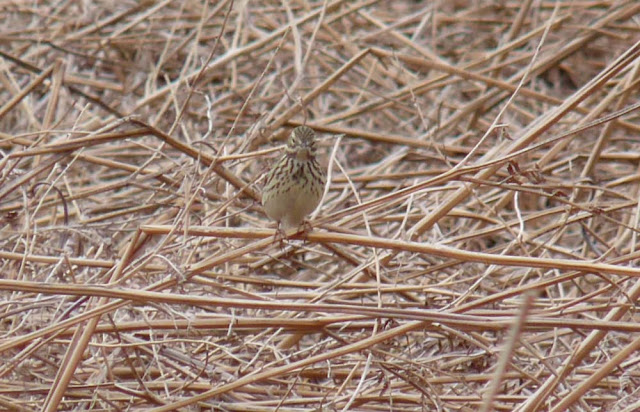 ...and the cheery Willow Warbler appears to be singing from every bush and tree. 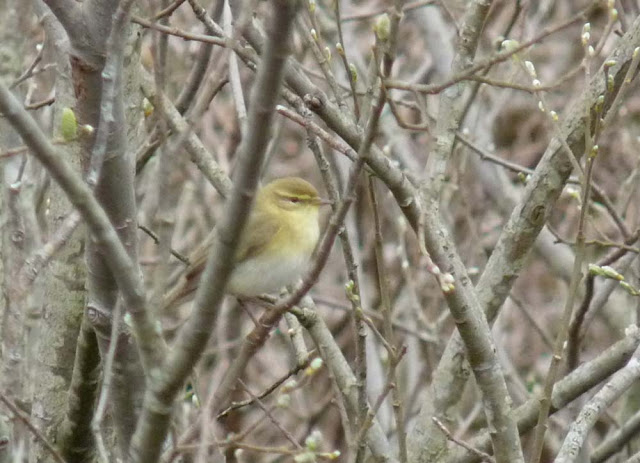 Sunday was shocking day with zero visibility and rain - we couldn't even see the WT Eagle on the nest it was that bad. The only saving grace of the morning was a single Otter. We decided to head for clearer weather and hopefully we could follow that through and improve our chances. It was still a struggle to find any notable species despite picking off some of the commoner birds but eventually we turned up a female Hen Harrier that gave us stunning views. Next up we got a distant Golden Eagle which was left to drift off as we picked up a male Hen Harrier a lot closer. Plenty of GN Diver were on show through the day but none better than this one in Summer plumage. 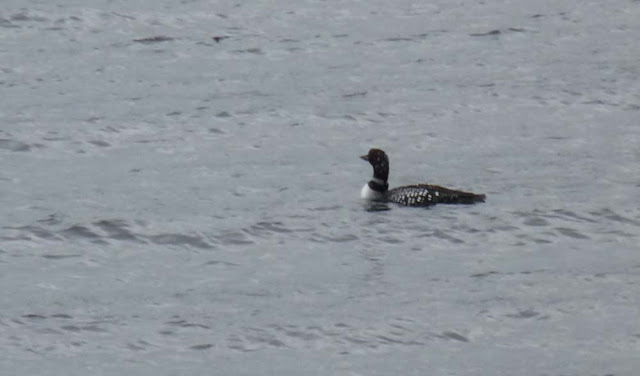 We finished the day of with excellent views of two WT Eagle and also a Golden Eagle perched on the hillside. It just goes to show that it's not that easy but if you put the effort in there will be rewards!
Posted by Bryan Rains at 20:34

You live in a fantastic part of the world and the images you post illustrate why. Such an entertaining and informative blog. Thanks – Tim