As if by magic.

After the weekend trip away it was straight back to a tour on Monday. As I arrived to pick up the guests for the day the heavens opened so we hung on until we could see the end of the shower. It was a cracking day after that with plenty of good sightings along the way. The best of the mornings sightings included Ringed Plover, Redshank displaying and mating, 4 Mountain Hare including a white one, stunning Yellowhammer views and a displaying Golden Eagle. The showers continued to push through but we still managed to stay dry. The damp conditions were probably to blame for the absence of Adders but we did find a Slow Worm. We found two Otters asleep on a seaweed covered rock but they soon woke up and headed into the choppy water. It was good to see how difficult it was to track of them in the sea and realise how lucky we'd been to pick them up on land. Plenty of small birds were seen through the day too but the camera never came out until we located another Otter and there was a Stonechat... 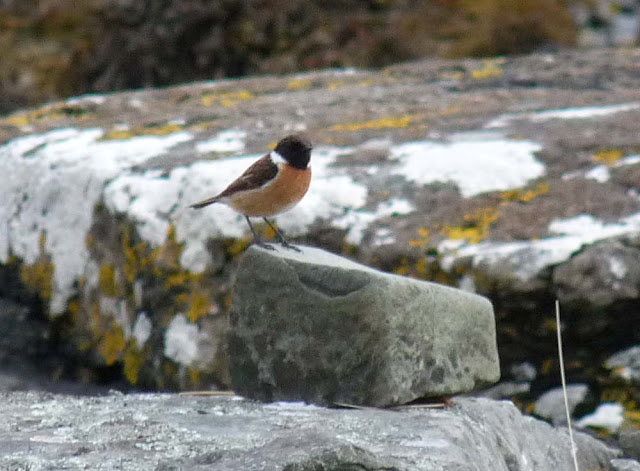 ...parading around in front of us. You can guess where most of the attention was being directed but these colourful birds were appreciated. The WT Eagle was sitting tight on the nest but there was no sign of the other adult bird despite a bit of waiting around. Most of the Red deer stags have dropped their antlers now but the new ones are growing already. They look a bit strange without the head gear but you can see the growing points on this one. Tuesday had a lot more showers but a bit less wind. Different day, different guests and different sightings but what a day we had! We bagged two Otters before everyone was on board but that happens sometimes. With everyone on board we started with the WT Eagle, again, it was just the bird on the nest so we moved on to Golden Eagle instead. A Raven flying around almost caused a stir but it wasn't too long before a Golden Eagle appeared and dropped into the nest - good views! As the birds changed over the departing bird put on a tremendous roller-coaster display before heading off - absolutely awesome! We headed back to see if we could relocate the Otters but we failed on that count before getting distracted by a large bird flying towards us. It was like a bomb had went off in the motor as everyone exploded out to get a good look at this. 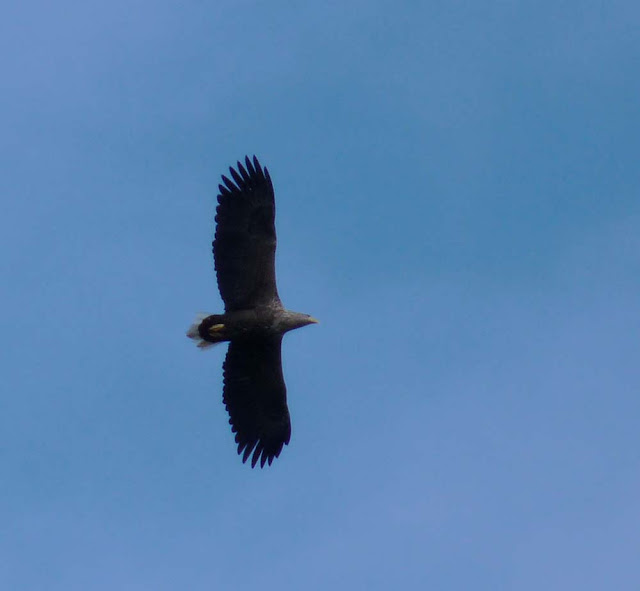 A WT Eagle that close is always special but there was more to come yet. We saw a Buzzard have a go at it, a good size comparison, and then we headed off when it disappeared but as we made our next stop we could see two birds circling together and then heading towards us! The adult WT Eagle was one of the birds and the other one was a youngster - superb! We got caught in a heavy shower after that but it soon cleared to give us good views of a Grey Plover, Greenshank, Teal, plenty of Common Gulls and the feeders were busy with the usual array of small birds. Shortly after that lot we picked up another Otter which clambered onto a rock and then zigzagged it's way across the water, onto the shore, along the rocks before eventually being lost to sight. One of the guests mentioned that they hadn't seen any Pheasants on the island and as if by magic we rounded a corner this odd looking fellow was on the side of the road. 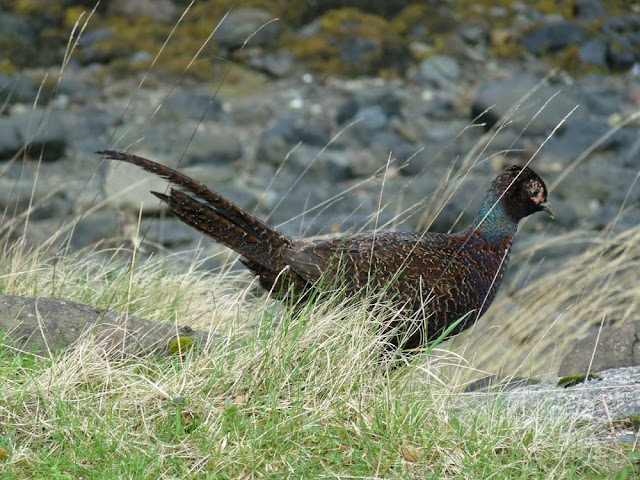 Most people are familiar with Buzzards these days but seeing one hovering, like a Kestrel, at the side of the road comes as a surprise to most folk. 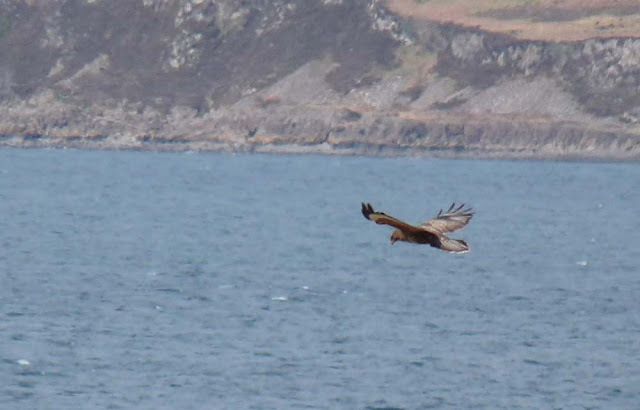 Lunch was an exciting affair with a pair of Hen Harrier trying their best to not to be seen, a Golden Eagle flying past us, Mistle Thrush shooting off into the trees and a Slow Worm for good measure. A trip to the beach gave me my first Gannets of the year along with a single Twite, another Hen Harrier and a few White Wagtail too. 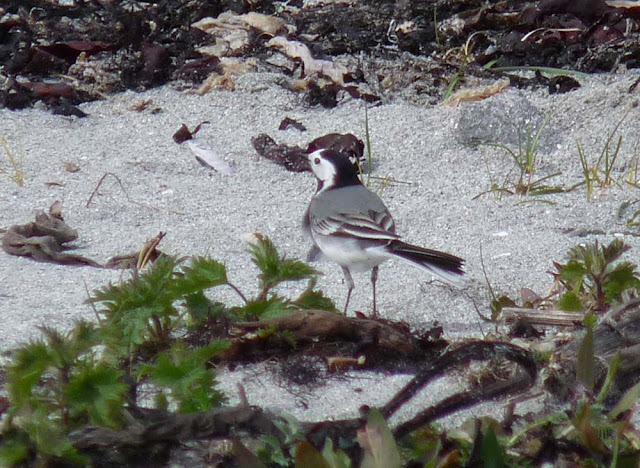 At the last stop of the day we were fighting our way through the showers but still managed to get the target species for the area with a small flock of Golden Plover, Lapwings, Turnstone and Mountain Hare being the highlights.