Monday it was back to the fine weather and another cracking day out. The Golden Plover are still hanging in but still only about twelve birds at the moment and the Mountain Hares continue to show well too. Another flock of Golden Eagles today may have been distant but it's not that often you'll see more than a couple together. While watching the Goldies we had a flock of about 100 Pink-footed Goose heading North to their breeding grounds. Best sighting of the day was this juv Golden Eagle. 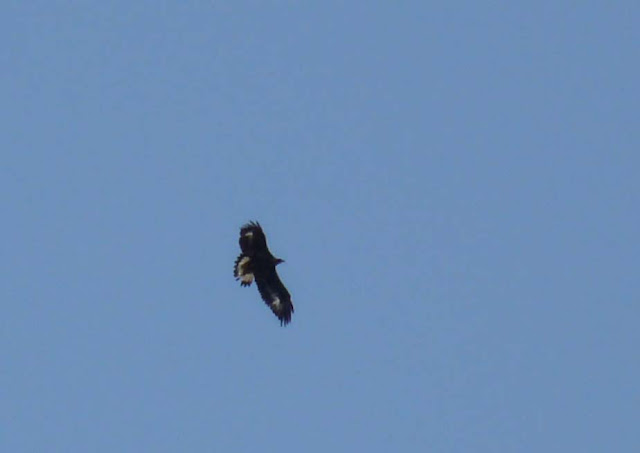 Another bonus on the day was my first Common Sandpiper of the year. A good finish to the day was had as we bagged three WT Eagle and a male Hen Harrier.
Tuesday was a bit of a different outing as I had three young children aboard. An attempt to get the main attractions early was called for while the children were fresh. We started well with an Otter that was seen by all with the kids managing to get views through the scope too. A closer Otter was a bonus just as we were packing up. While viewing the WT Eagle nest we hit lucky with a juv Golden Eagle flying over - that turned out to be the only Goldie of the day. A single Adder was seen but best of all the kids got to take home the shed skin of one of these reptiles. Two awesome sightings in the afternoon. First off we had a female Merlin taking exception to a Buzzard diving into the heather and actually seeing the Buzzard off. No more than five minutes later we stopped to look at three Rock Dove but as we pulled up they flew off, why? A male Hen Harrier came screaming through where the Doves had been! We managed to follow this bird and watch it attempt to catch something before heading straight for us and veering round the motor - pretty exciting stuff!
Wednesday I had to make the effort to get some photos and with some better light I went camera mad! We started off with a small squad of Eider...

...and an up close and personal Willow Warbler blasting it's song through the window! 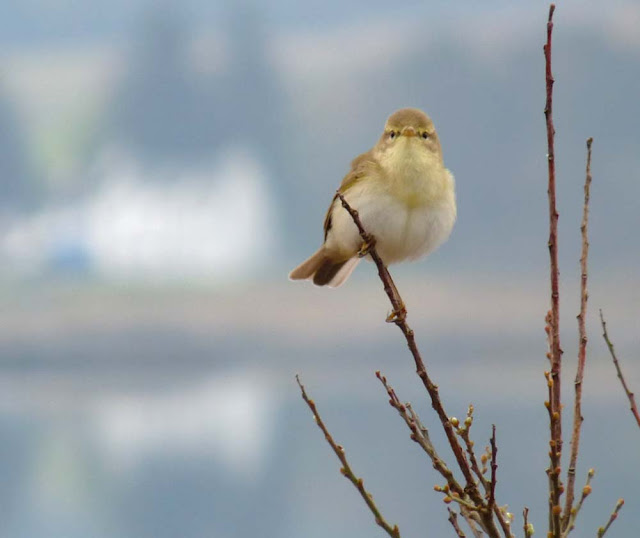 Next up was an obliging Otter with a couple of Oystercatcher and Herring Gull for added interest.

The Red-breasted Mergansers are stunning at the moment but I'm still waiting for a good shot.

Two WT Eagle and a Golden Eagle completed the mornings viewing. A couple of Adders were viewed briefly before lunch but this Common Crossbill was a bit more obliging. 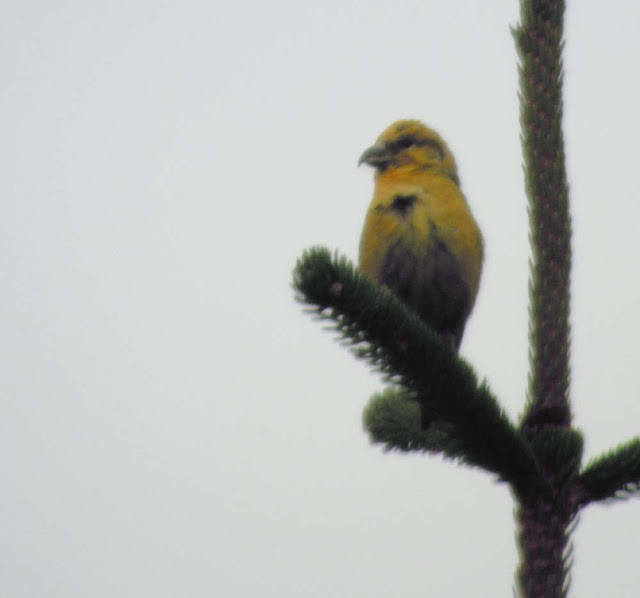 Another attempt for adders after lunch was more successful as we located male and female coiled together. 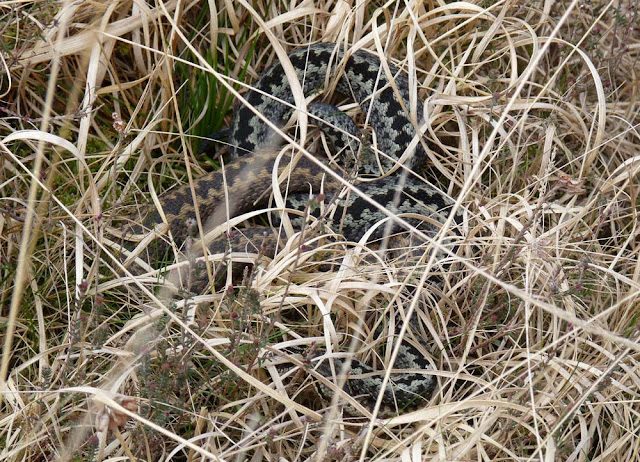 The male Adder was a real stunner. 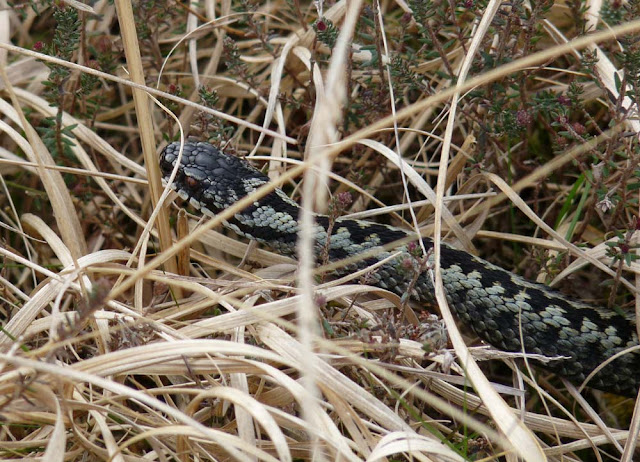 As we watched the reptiles a Golden Eagle appeared over the ridge showing well but when I looked the other way there was another Golden eagle being harassed by a Raven - an awesome display!! 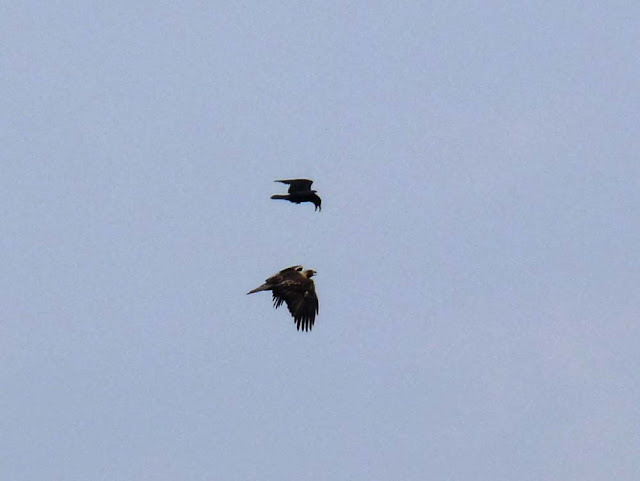 There was no way of topping that but the commoner birds we saw after that were duly appreciated along with the Mountain Hares. 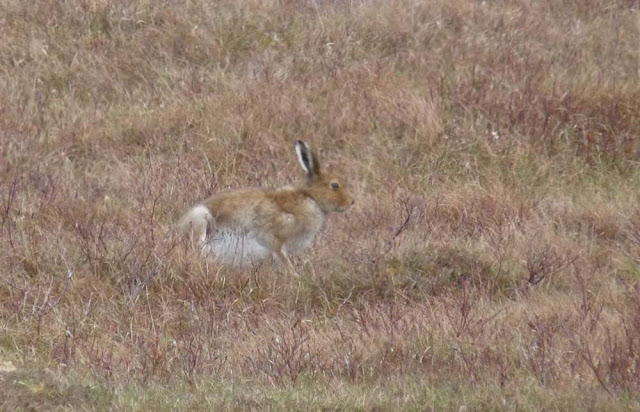