The last three days have been hot and sunny so the suntan is coming along nicely but it's played havoc with the photography attempts! The wildlife has been behaving itself and showing well but the migrants do spice things up a bit. I was pleased to see the first Common Whitethroat that I heard singing but it took a couple of days to get one near enough to photograph - the heat haze murdered the photo! 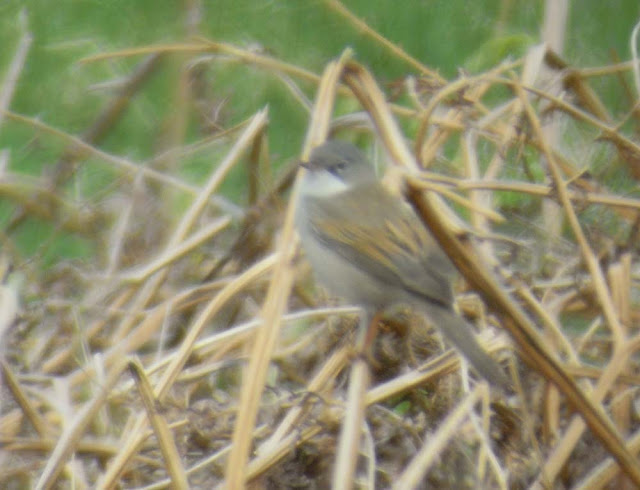 The White Wagtails are numerous up here at the moment but every time you point a camera in their direction they start chasing the Rock Pipits or Pied Wagtails - I'm happy with this shot though. 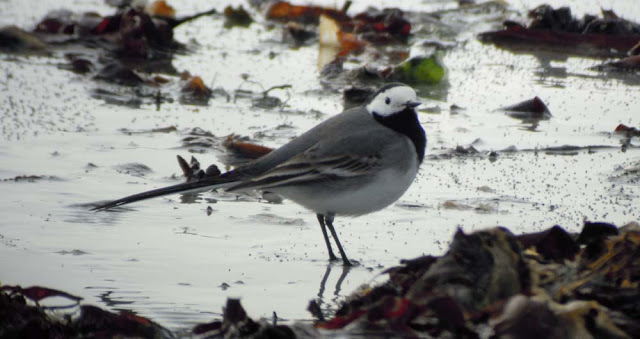 I've got one good photograph of a Whinchat in my collection - this is not it! 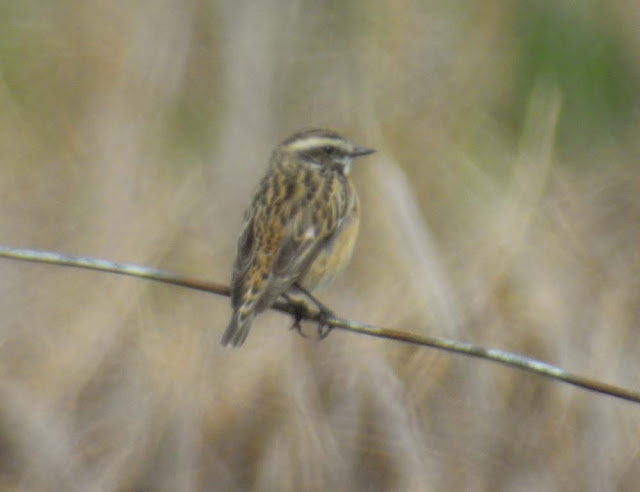 So that was another one murdered by the heat haze and there is worse to come but you'll have to wait for it. There have been some impressive flocks of Meadow Pipits around the coast but they seem reluctant to spread themselves around the breeding areas at the moment. I managed to get a haze free photo of Meadow Pipit. 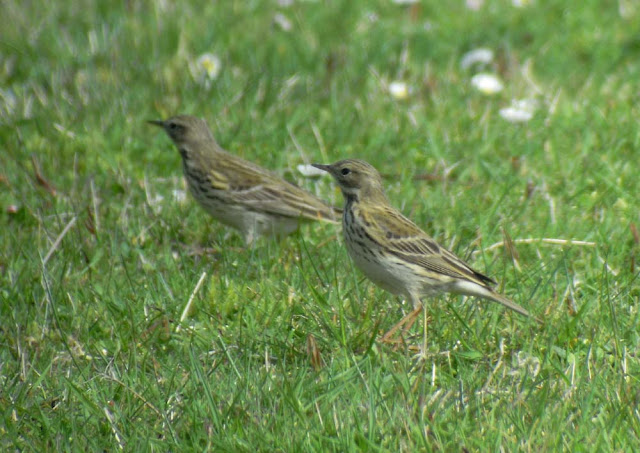 The plants don't give any problems so if these look a bit sharp a quick poke in the eye should make them look as blurry as the rest of the shots;-) I'll let you have a guess at this shrub... 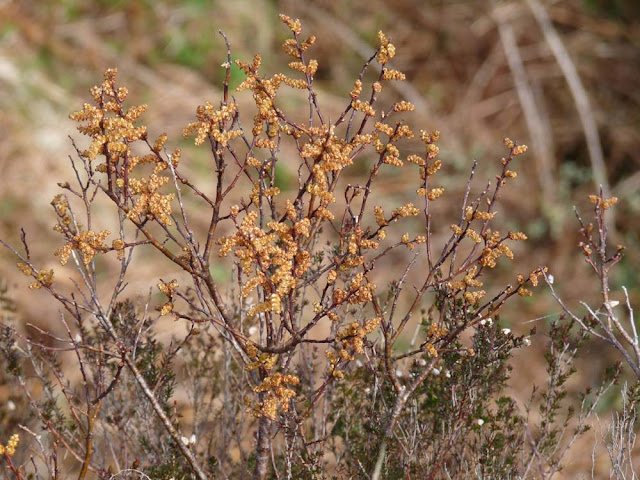 ...and the fresh flowers of Lousewort just look fabulous. 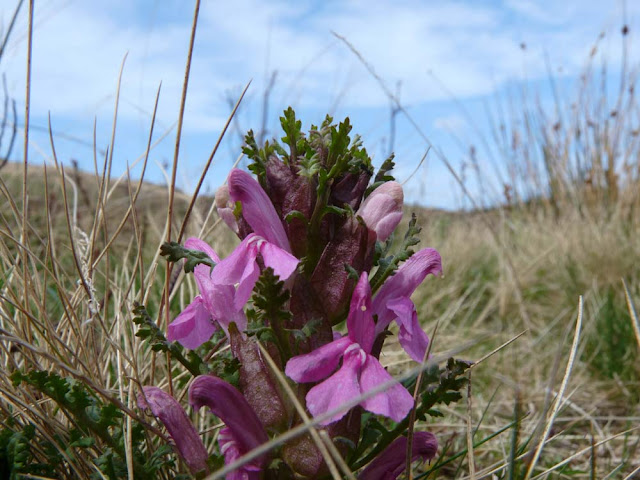 Now for a return to one of the poorest photos you'll ever see. I've been hearing Cuckoos for over a week now and it was great to actually see one on Tuesday. 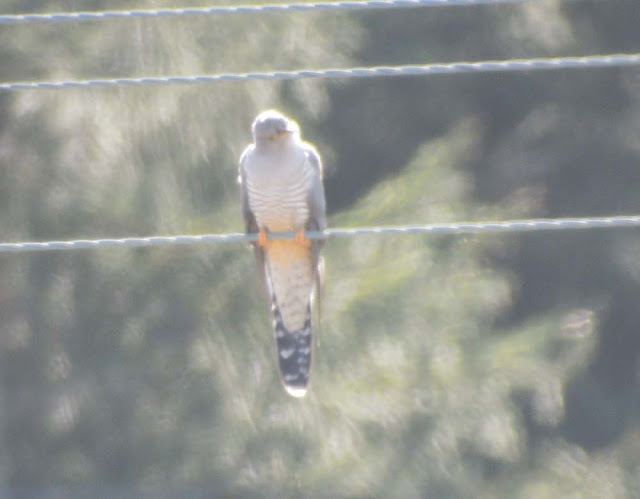 The Mountain Hares have performed well but they are reluctant to get close enough for decent shots. 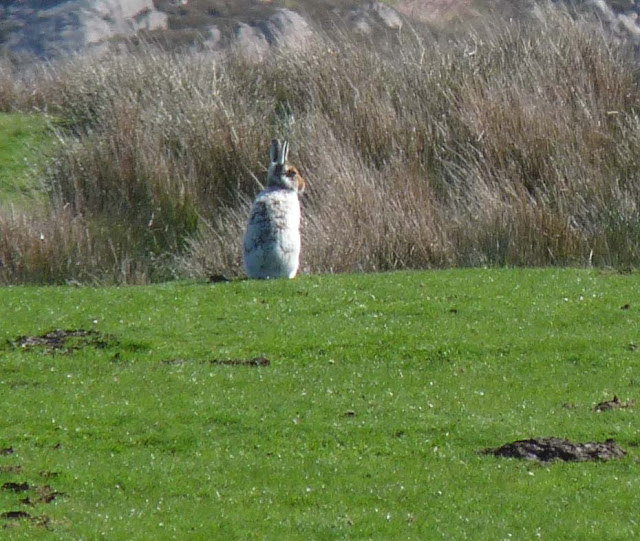 The Twite numbers are increasing steadily as they return to breed. 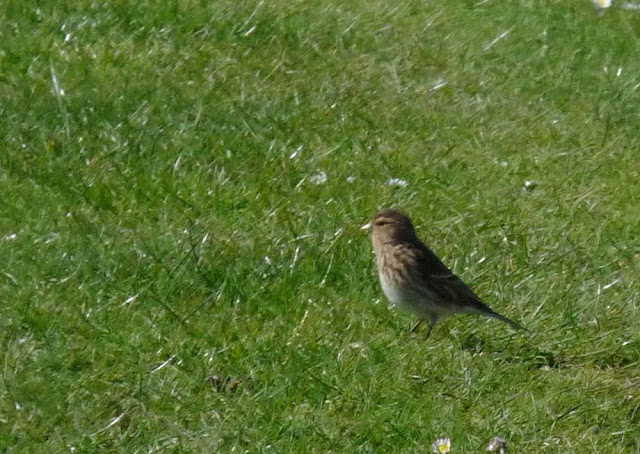 So you can see there are plenty of good looking birds and beasts to see but get a look at the ugly mug on this Red Deer!! 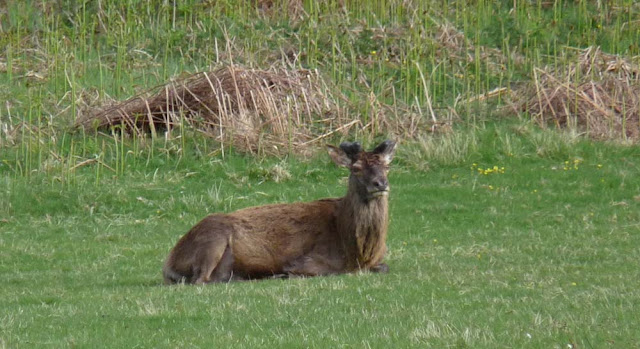 I'd best leave you with something nice to finish off - no explanation required just awesome. 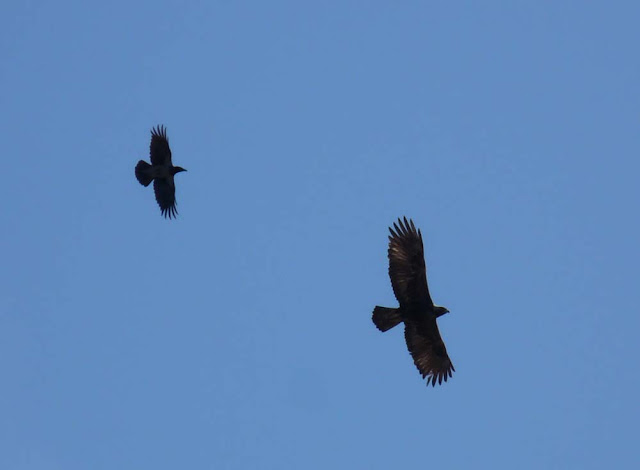