Well, here we go with the last part of the trip to Gambia. First of all I missed out a couple of photos from day 6 - White-shouldered Black Tit... 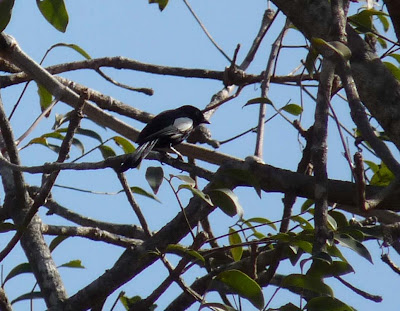 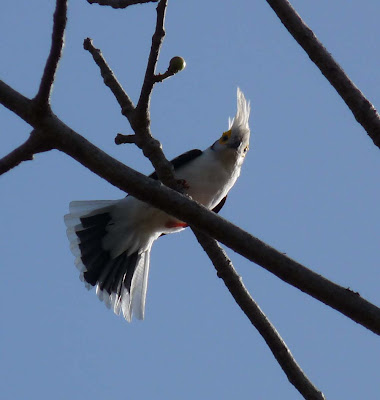 I attempted to get a few photos of some of the common birds that, mostly, we'd drive past. Round the hotel gardens we had Cattle Egret, Hooded Vulture, Black Kite, Senegal Coucal and plenty of Pied Crow. 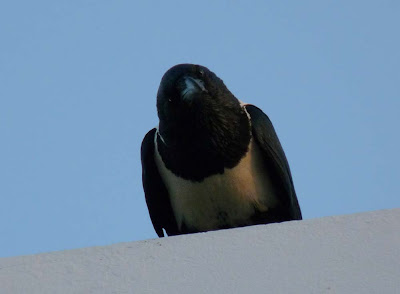 Most mornings we'd start the day by counting up to twelve Blue-bellied Rollers on the wires. Well worth a stop for a good shot. 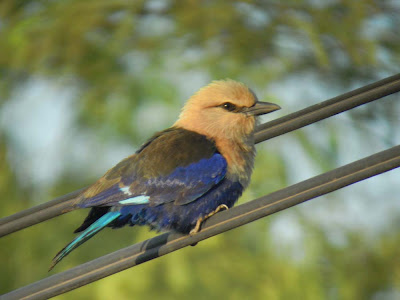 Little Bee-eater was another bird that we saw plenty of but it was a struggle to get a shot at them. I was happy to put that right too! 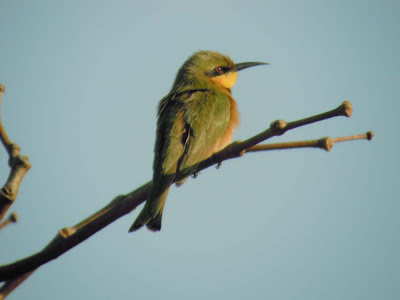 Our first visit to the beach turned up a few new birds for the trip with Royal Tern, Osprey, Sandwich Tern, Kentish Plover, Slender-billed Gull, Sanderling and Caspian Tern. 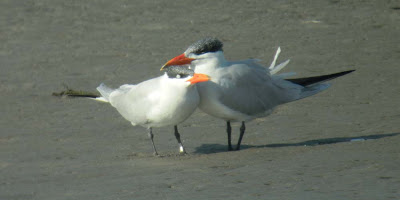 Five Great White Pelican flew over while we were checking through the gulls and terns.

Lizard Buzzard was a bird that was seen every day but never close enough for a decent picture. 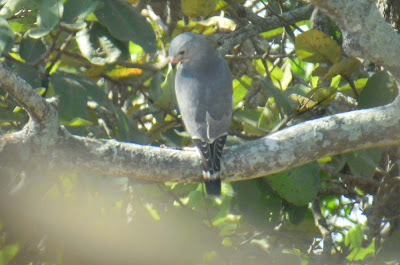 We'd seen the odd trail of a snake crossing the dusty tracks so it was good to actually find one. We guessed at this one being a Cobra. 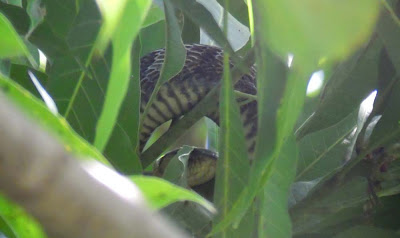 Cattle Egrets were around in good numbers... 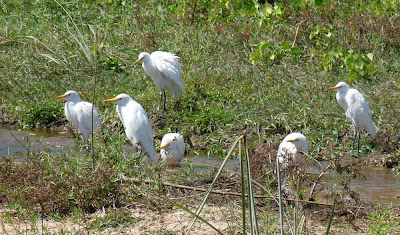 ...especially around, of all things, cattle! 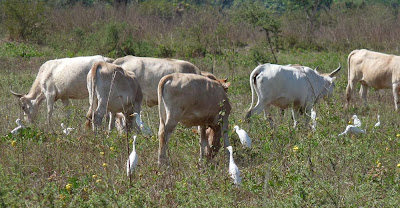 While attempting to photograph the likes of Dark Chanting Goshawk, Vieillot's Barbet and Purple Glossy Starling a cracking African Hawk eagle put in an appearance. 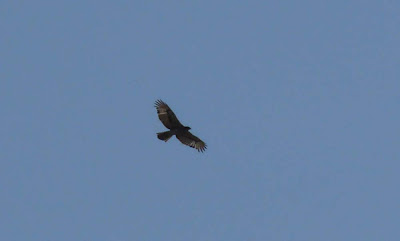 The cattle caught up with us and gave us a chance to see the Oxpeckers at work. 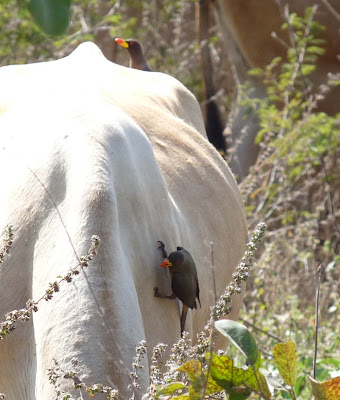 Klaas's Cuckoo had been seen a couple of times in the week but two on one day, showing well, gave us a chance to check out the iridescent green plumage. 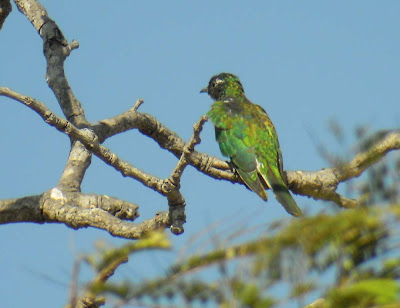 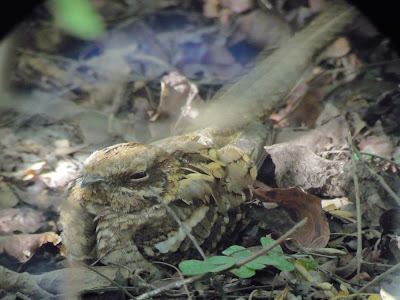 An adult Village Indigobird was a cracking find at the end of the day. 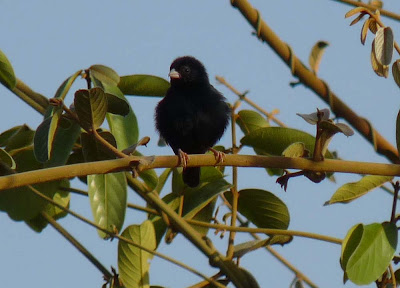 With our suitcases packed and a flight to catch at 17:15 we headed out to try and mop up a few more species. A visit to a sewage works was a bit of a bonus with Rose-ringed Parakeet, Shikra, Common Sandpiper(front), Wood Sandpiper(back)... 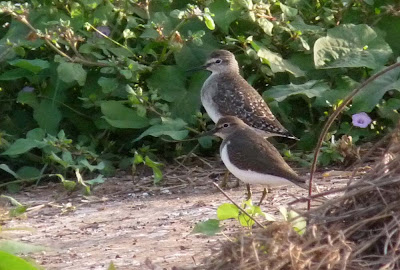 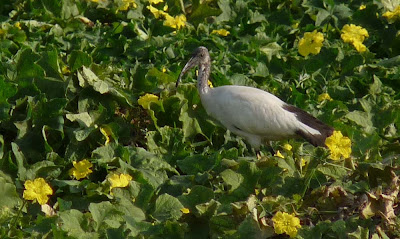 ...and a large flock of Black-winged Stilts. 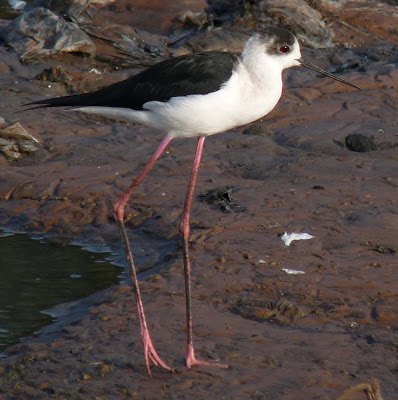 The Spur-winged Plovers were very approachable too. 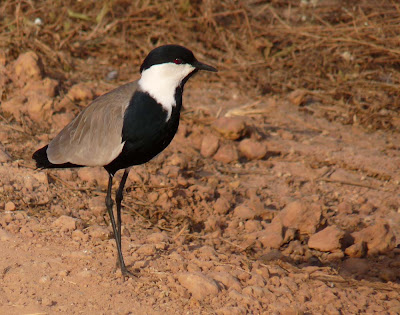 Giant Kingfisher was a bird we'd struggled to find - we got two! 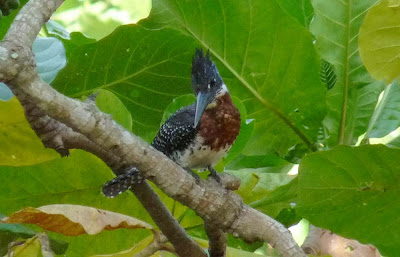 Pied Hornbill was finally found while watching the Giant Kingfishers. 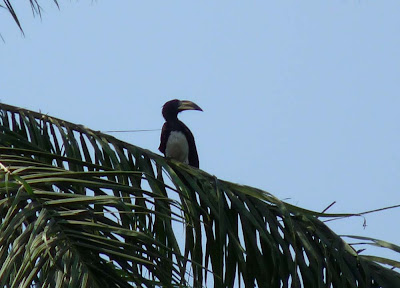 There weren't many flowers to photograph so here is the only one we did snap. 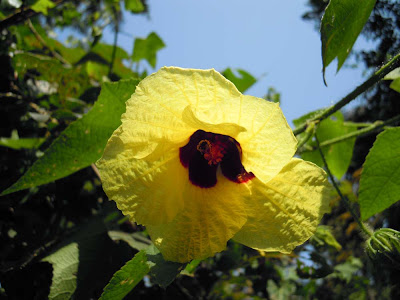 The Palm Trees were spectacular as much for the birds that they gave us as they were to photograph. 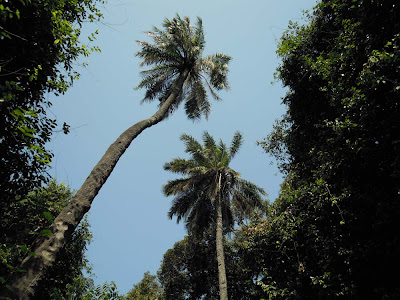 An odd one to see was this painted tree... 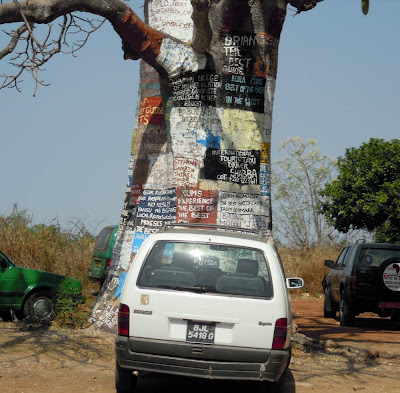 ...and the locals were as colourful as the birds. 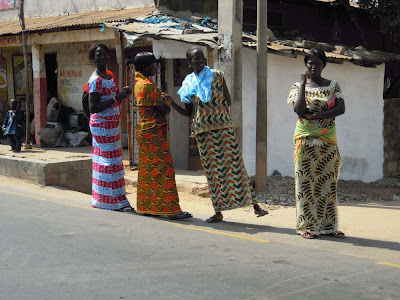 All too soon we were back at the airport. That's all, folks! 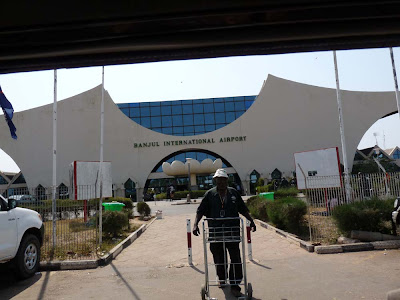 Great photos Bryan but will be nice to read your Mull reports again.Thanks for a really good Gambian report.

So pleased I checked your blog today! Just enjoyed your entire Gambia diary - fabulous pics of colourful birds, and very cheering they are too in this dull weather.

But I agree with Den: I'm looking forward to reading about Mull :)

Really enjoyed reading your posts and seeing the beautiful bird photos. Thank you for sharing them with your readers.

Wow - that giant kingfisher is impressive and almost scary-looking.

Hi Brian
Just read your Gambia diary-great pics bringing back good memories of my 2 visits there a few years ago.Keep up the good work.
All the best for 2011 to you and Joy.
admc

Thanks again for all the comments. Normal service will be resumed shortly! Cheers.