Wednesday and Thursday were both nice days so I put a bit of effort in - Wednesday morning and Thursday afternoon. Before I set off the small flock of Rock Pipits flew up from the shore to land on the wires so I took a couple of shots. When I looked through the photos in the evening I noticed that this bird has a pale bill instead of a dark one - odd. 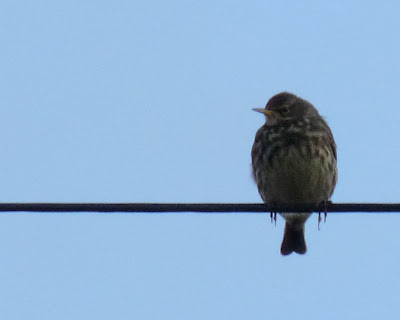 The Crossbills were flying about too and when they landed a bit closer than the last time I gave that another shot too. 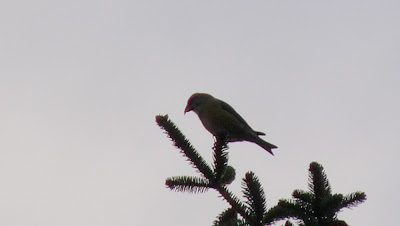 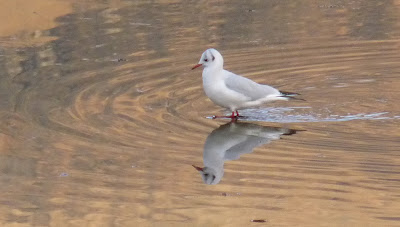 I headed off to check out the Adder site and it was looking good for the emergence of the reptiles from their Winter slumber. It was a bit wet but it'll dry off quick enough so I could get lucky in the next few days. A single Kestrel was the only bird of note while I was looking around but when I got back to the car I could hear a Buzzard mewing. As I turned and looked up I was surprised to see a Golden Eagle with the Buzzard mobbing it - excellent. 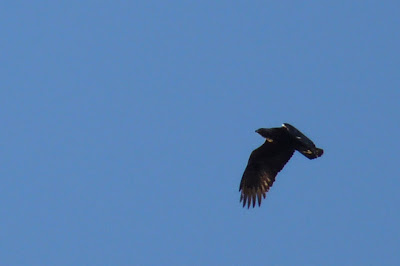 While heading back I spotted a group of waders waiting for the tide to drop. Three Oystercatchers, two Curlew, a single Grey Heron and nine Turnstone.

I was driving along with the windows down and heard a Wigeon whistling so I pulled over to find this beauty. 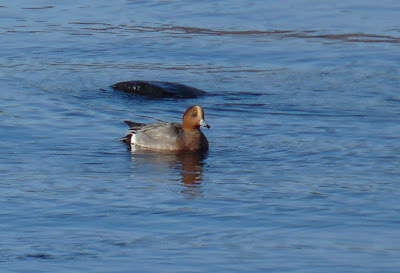 Another treat just before I reached home was this White-tailed Eagle. Poor light for this one but a good sighting all the same. 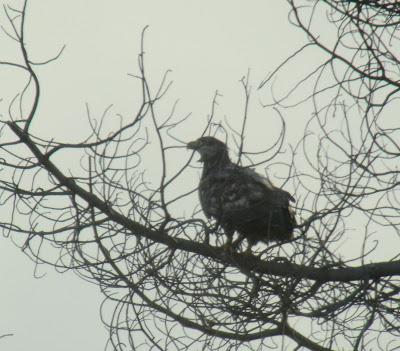 In the afternoon I was sitting reading a book when I heard a Hooded Crow calling from the garden. I grabbed the camera and peered out of the window to find two Hoodies eating the spilled seed from the feeder. 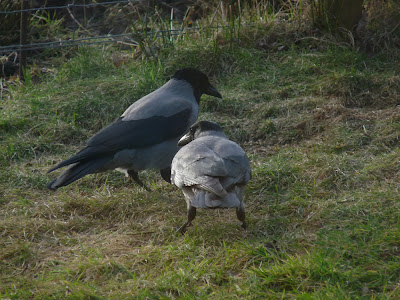 A couple of scenic shots as the sun was going down to finish off. Ben More was visible for a change...

...and the sunset itself was nice. 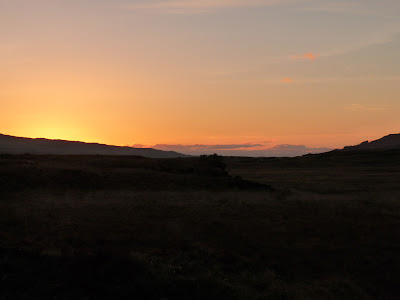 Thursday afternoon effort was just as good but not as many photos. First in the bag was a Grey Heron looking splendid. 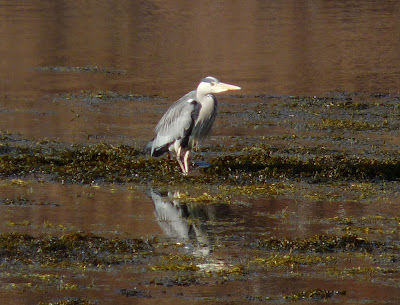 Lots of Great Northern Divers and single Red-throated Diver were out on the loch while a couple of Otters swam past and headed for their holt. Two White-tailed Eagles were sitting side by side close to their nest - it won't be long before they settle down to raise another youngster or two. Another Otter on the way back before I stopped to try for a Raven photograph. The Ravens were just in the process of leaving when I was heading down the road but a Common Buzzard perched up was a nice alternative. 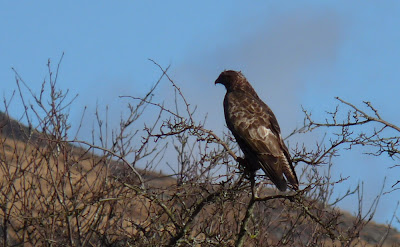 The Ravens have been feeding on a Red Deer carcass so I'll get another shot at them sometime. I was surprised to see the Buzzard heading for the carcass though. 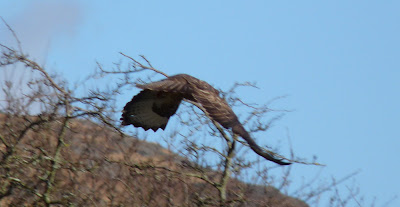 Not a great deal else to report apart from the usual RB Mergs, Shag, Cormorant and another Otter. When we arrived back home, in the failing light, a nice looking stag was grazing along the fence line. It was too dark to get a decent shot but I'll post the photo anyway. 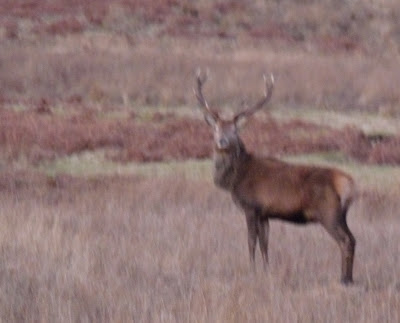