A quick update on Sula - she's growing up fast. 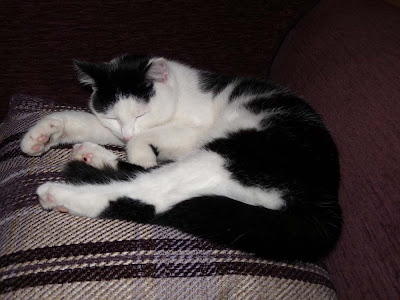 Thursday was just like the weatherman said - high pressure, settled etc. To set the scene... 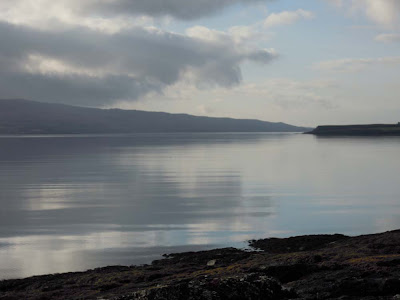 ...it would be rude not to go out. While strolling along the road looking for Woodcock I could see this Otter in the distance. No Woodcock so it'll have to be the Otter.

It looks like there are decent numbers of Great Northern Divers around at the moment as I counted at least 20 but only three Red-throated Diver out there. Another Otter caught my eye and as I watched this one fishing in the shallows and hauling out with just about every fish it caught it seemed a good chance to get a bit closer. A Great Tit thought it would hang around and watch the action. 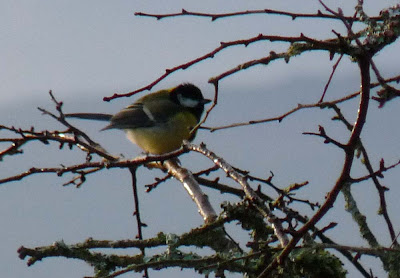 Down the shore I went and picked a safe spot to wait. The Otter came ashore with a fish and I couldn't see it! I eventually got a snap of the Otter as it came ashore the second time. It was still out of sight but I was helped out by a car passing on the road behind me - up popped the head for a look. 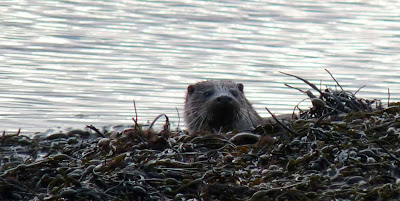 The Otter moved a bit further along the shore so I made one move as it was submerged and watched as it surfaced and headed for shore. No fish this time. It clambered up the rocks until it reached the highest point with seaweed on, nosed around, sprainted and then it was off. 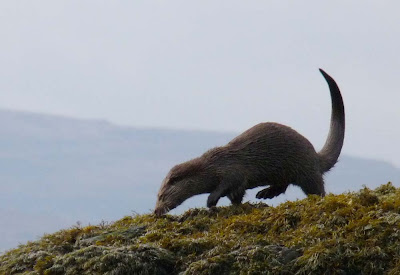 I did manage one other photo of this one - once again it's watching the traffic on the road. 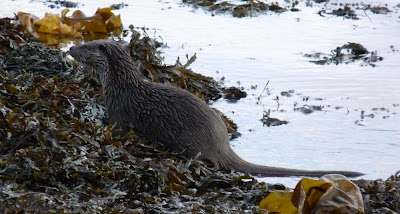 In the still conditions I'd seen a few Buzzard sitting on telegraph poles and it was nice to get this one perched on a tree. 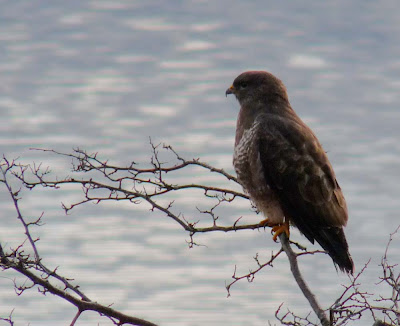 After hearing the Crossbills singing and seeing them mating I caught up with another bird that is busy setting up territory and in full song - a Dipper. A cracking bird to watch and listen to. 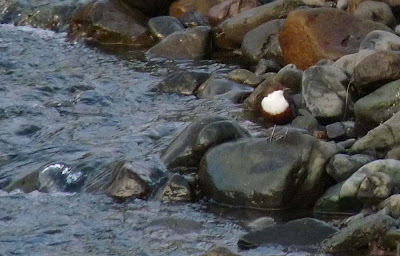 I was happy with what I'd seen but there was more to come. I spotted one Otter that I must have missed on the first run before seeing the first two Otters again both of which hadn't moved very far. More movement in the water was another Otter - surely not, I'd just passed one...hang on, there's two down there! I checked back the way I came and sure enough there was an Otter on it's own but down on the shore in front of me were THREE Otters!!! I wasn't complaining, I just stood and watched. As they moved along the shore I set the scope up and took a few shots and suddenly they all came ashore together and went on the alert. 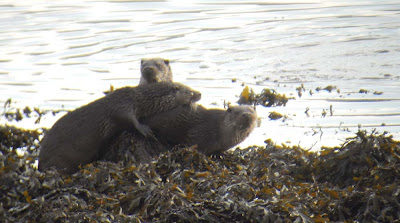 I was pretty sure it wasn't me as they hadn't even cast a glance in my direction. It all became clear as a dog Otter came sailing into my view. I guess he'd been creeping along the shore before sailing past and then came in for a closer look. He was told where to go pretty quickly too!

Then, stranger still, the dog Otter moved on, the bitch followed, the cubs following 5 yards behind their mum. They all hauled out in the same area with the cubs watching on as the two adults checked each other out. Just over the top of this action I could see one more Otter - five in the same place isn't unusual but the mix of 3 adults and 2 youngsters was a little different to what you expect. I hung around for a while to see if there would be any further developments but all seemed peaceful. I did get a shot of a GN Diver while I was waiting too. 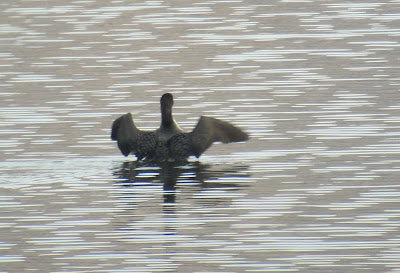 Well done Bryan,was that all close to the shop and if I remember correctly close by is a bridge where perhaps they go to fresh water to drink and clean their fur.

These are your best otter pictures yet!

Thanks again for taking the time to comment.
Den - I'm never far from the shop in the grand scheme of things!