Tuesday was a day of occasional showers but mostly it was very nice. Just after we arrived at the shop we had a White-tailed Eagle come up from the near shore. It certainly wasn't there when we drove in but there must have been something tasty there to get it down beside the road. A couple of hours later and the gulls started getting a bit upset - a quick glance around picked up two young WT Eagle circling round. They both took their time losing height before settling on the rocks. No cameras, just pure pleasure in watching them. Life is good.
Wednesday gave us a more settled day - simply stunning! Cracking views of a female Common Crossbill were had early morning but it was too dark for any photos. When the bird flew off to land in the trees it was joined by a male bird and we were lucky enough to see them mating too! A small squadron of Rock Pipits landed on the wires, I managed to get one... 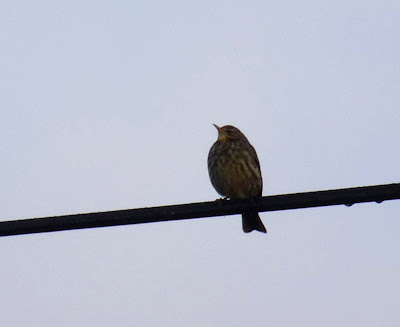 ...before they flew off. The main reason for them leaving was the fly past of a male Merlin - superb. One of the local Common Gulls, Limpy, is a regular sight along a good two miles of shore. 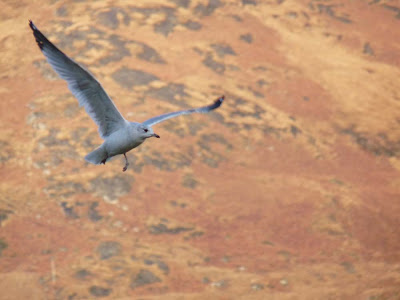 I had a meeting to attend in the afternoon so it was a bit disappointing to miss out on the nice weather. 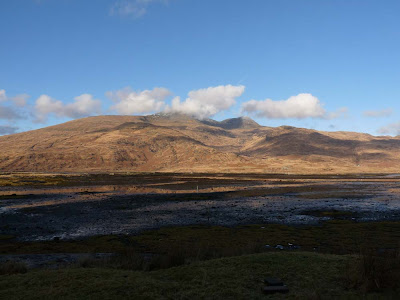 Just after I took that shot a female Merlin flew past covering the same ground the male had done earlier in the day. After the meeting I took a couple of shots of the sun going down. 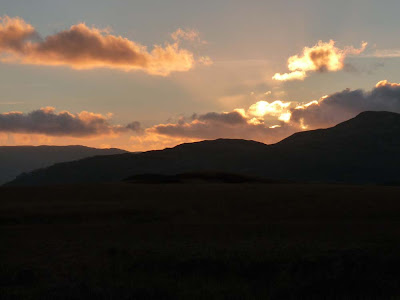 Not bad views at all. 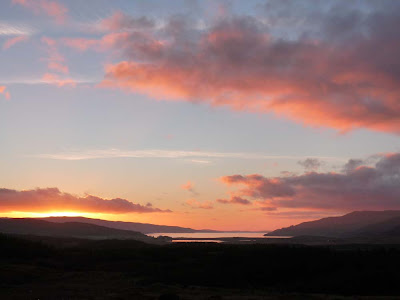 The final bird of the day was a Woodcock flying past as we shut the shop.
Posted by Bryan Rains at 08:20