I had a quick trip to Iona this morning to try to catch up with Corncrake. On the early ferry for the trip over I caught sight of a Tern flying on the other side of the boat (it's always the way) but I managed to keep it in sight and eventually I got a full view of a Common Tern. With no crowds of people I wandered up the road and heard Corncrake calling a couple of times but after 5 minutes of waiting I gave up on that one. A flock of Twite twittered and bounced along in front of me before two of them landed on the roadside. 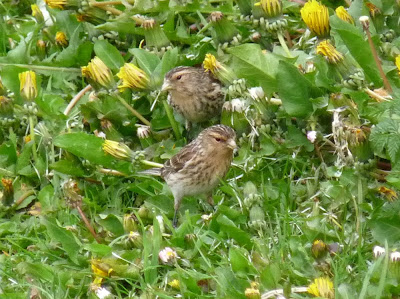 While getting some some shots of the Twite another Corncrake started rasping away and another one called from the opposite direction. I went for the easiest option of the closer bird. No sign in the brambles or in the nettles and the bird was calling periodically. I crept closer to where the noise was coming from and peered over a wall into and area of sedge - not much chance of a view here. Suddenly, a quick bit of movement and there the bird was right in front of me! I looked at it and it looked at me. I was thinking it might make for cover if I brought the camera up but you have to give it a go. 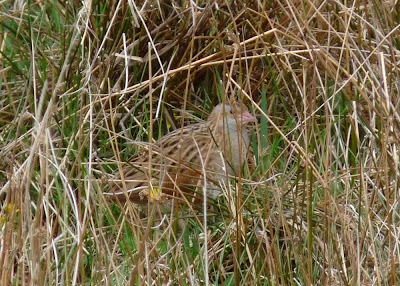 Not a bad effort at all. It stayed in place for a good 5 minutes before creeping off into the undergrowth - fantastic! I headed back down the road and fired off a few shots of a Linnet. 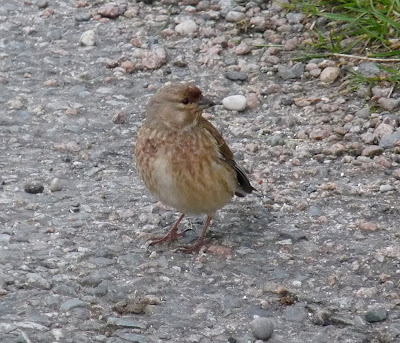 I checked out the Rookery and looked for the Carrion Crow that I saw the last time I was over but no sign of that. It was interesting to see the yearling Rooks still with the feathering over the bill but the peaked crown gave their identity away. I'd heard Sedge Warbler singing while I was wandering around so I thought it best to try and get a view of one too. I headed off to locate a singing bird and just as I heard one two Jackdaws flew onto the road in front of me. I took a couple of snaps of these pretty little corvids. 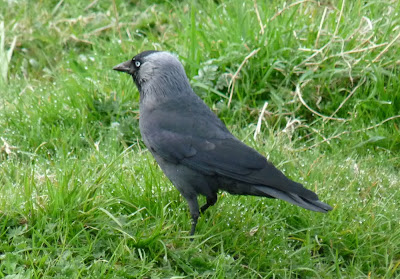 Sedge Warbler next. I could see him climbing the reed stems and fired of a few shots from distance before trying to get closer. I missed a golden opportunity of a close shot as another Corncrake fired off behind me so I'll leave you with one of the distant ones! 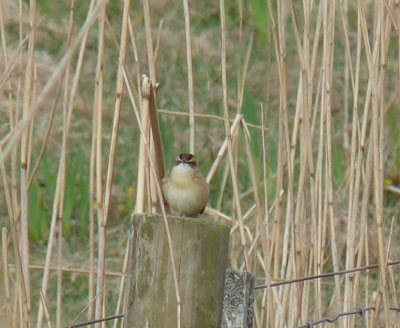